The year 2020 was the most memorable year of this travel writer’s career.

The Question is: Why is that?

The Answer is: Because I didn’t travel.

Due to the pandemic it was the only year, in my four decades of writing travel, in which I did not travel. However, that didn’t stop me from sharing with you the wonderful wide world of travel. Thanks to our memories, you and I virtually flew, sailed and railed around the crazy covid-stricken 2020 world on a virtual magic carpet. So as 2020 happily ends, let’s reinvigorate ourselves and have some fun with some of the memories we shared during our virtual 2020 year of travel.

MYTHICAL MONSTER: The village of Drumnadrochit, Scotland is purportedly the home of “Nessie”, the mythical Loch Ness Monster. It is said that the notorious “Nessie” was first sighted in the 6th century but attracted increasing attention after questionable photographs of her were supposedly taken in the 1930s. Although this submarine celebrity is a heyday for hoaxers, “Nessie” sightings are reported every year. Serious scientists search for Scotland’s best-known inhabitant all year long. Some claim that sonar scans indicate “Nessie” might be a plesiosaur. Others say it might be a giant eel and some credit her existence to too much Scottish whisky. 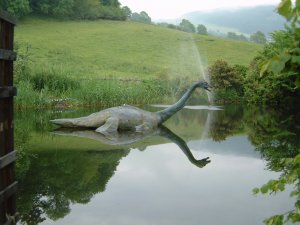 HARD ROCK(ING) HOTEL The majestic 660-foot covered porch of the Grand Hotel, the stately Grande Dame of Mackinac Island, Michigan, is bedecked with 88 rocking chairs, 43 white Grecian columns and 180 geranium-filled flower boxes. The porch, and its mother hotel are pristine reminders of the elegance and glory of a bygone era. From the moment you step off the Mackinac Island ferry you’ll know that you had not only stepped back in time, but you also will have lost all sense of time. 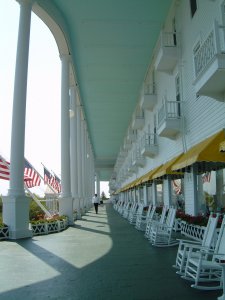 BREAKFAST…IT’S NOT AT TIFFANY’S: On a Silver Whisper cruise from Lisbon, Portugal to Southampton, England, I was indulged with the most memorable breakfast in the world. When Silversea’s Silver Whisper anchored at Brittany’s charming French town of Saint Malo, I was whisked off on a shore excursion to the Emerald Coast and the town of Cancale, Brittany’s oyster capital. At 9:30 AM, I was ushered into La Mere Champlain for what was the best breakfast I have ever eaten…French champagne, accompanied by fresh oysters fished from the sea early that very morning. 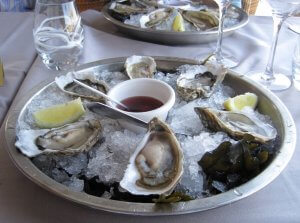 DON’T BUG ME: Standing in front of Bilbao Spain’s famed Guggenheim Museum, I was smitten (and bitten) by “MAMAN”. Measuring over 30-feet high and 33-feet wide, Maman is sculptor Louise Bourgeois’ huge bronze spider. Bourgeois said that The Spider was an ode to her mother who was her best friend. (Maman is the French word for Mother.) “Like a spider”, Bourgeois stated, “my mother was a weaver…spiders are helpful and protective, just like my mother.” 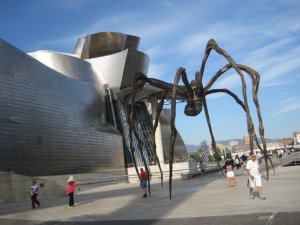 CHESS ANYONE?: It may not be as exciting as The Queen’s Gambit, the streaming sensation now on TV, but I guarantee you a game on this chessboard is a lot more relaxing. You will find it on the serene sand beach of Lago Mar, one of the best oceanfront resorts in Fort Lauderdale. Lago Mar (not to be confused with Donald Trump’s Mar-A-Lago) is an understated hidden gem, reminiscent of Southeast Florida before glitz and glamor became de rigueur. It’s a secret I’m wiling to share with you…but please keep it under your hat. 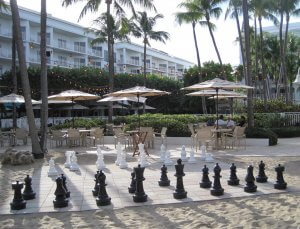 CHESS ON THE SAND

STREET DANCING: In the colorful La Boca barrio (neighborhood) of Buenos Aires, Argentina,tango dancers earn their living dancing in the streets with tourists. Fully dressed for the part, they swelter in the South American sun, as do the mimes who also amuse the visitors in this fun part of town. La Boca, once the home of Italian immigrants and fishermen is now an artists’ community and the city’s most picturesque place. 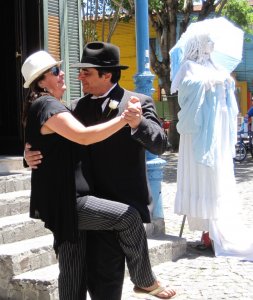 ERASER: ‘Typewriter Eraser, SCALE X’ stands center stage on the grassy lawn of the Sculpture Garden of the National Gallery of Art in Washington D.C. This painted stainless steel and fiberglass Pop Art sculpture was created in 1999 by Claes Oldenburg. His first Pop creations were met with ridicule and scorn before they became treasured as objects of whimsy and fun. Today, Oldenburg is world-renowned for his art that glorifies everyday objects. 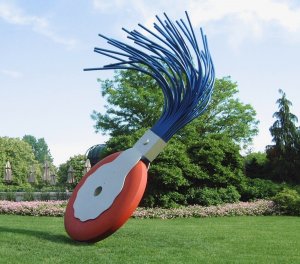 PAR FOR THE COURSE: In North Carolina, Pinehurst’s unique eight courses make it the largest golf resort in America. Pinehurst’s #2, along with #8 and #4, are consistently ranked among the world’s best courses. Sam Snead said, “I have always rated Pinehurst #2 as my #1 course.” Pinehurst’s iconic bronze Putter Boy, created by sculptress Lucy Richards in 1912, is prominently displayed outside the clubhouse. It was originally dubbed “The Sundial Boy” because the sculpture is actually a sundial. The shaft of the golf club creates the shadow that is used on the sundial to tell time. 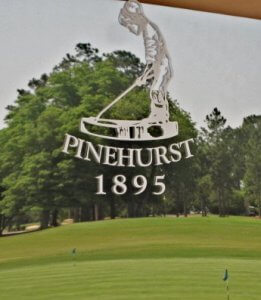 KISS AND TELL: The East Side Gallery, a long section of the Berlin Wall near the center of Berlin, is the largest open-air gallery in the world. It is a place where the old Berlin meets the new Berlin. More than 100 murals, by artists from around the world, cover this memorial for freedom. Involved artists stated “The East Side Gallery is understood as a monument to the fall of the Berlin Wall and the peaceful negotiation of borders and conventions between societies and people”. More than three million people visit the wall every year. 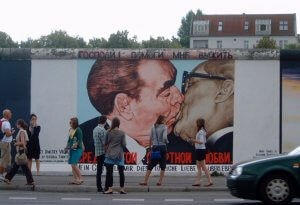 REST IN PEACE: Fairview Lawn Cemetery, in Halifax, Nova Scotia, is perhaps best known as the final resting place for one hundred and twenty-one victims of the sinking of the ill-fated RMS Titanic that sank some 700 miles east of Halifax on April 15, 1912. One of the first victims to be carried to his grave at Fairview Lawn was a small, unidentified baby boy. A haunting tombstone marks his grave. While the Cunard liner Carpathia was taking survivors to New York, 209 of the dead were brought to Halifax. 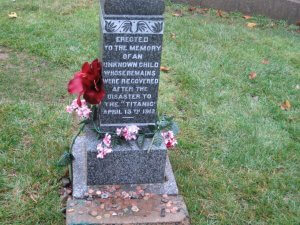 AMERICA’S PASTIME: Grownups…as well as Little Leaguers…can still grip the smooth handle of living tradition at the Louisville Slugger Factory/Museum that has the world’s largest bat (120-feet tall) leaning against the side of its building. Like the mint julep and the “Run for the Roses”, the legendary Louisville Slugger baseball bat Is a Louisville tradition. “Keep the trademark up” was an unwritten rule that even tiny knot-holers learned to abide by. That familiar oval trademark (the words “Louisville Slugger” emblazoned into seasoned ash bats) is probably the first contact that any kid outside of Kentucky has with Louisville. 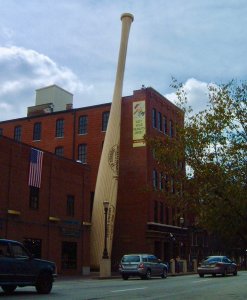 THATCH ON THE ROOF: Dunmore East is a small fishing village located in County Waterford, some 15 miles south of the town of Waterford. With its twisting lanes and old houses, Dunmore East sits on the entrance to the River Suir estuary. Many of the beautiful thatched houses, dropping downhill along the waterfront, date from the early i800s. Along the quayside small fishing boats are tied up and fishermen can be seen working on their boats and nets. 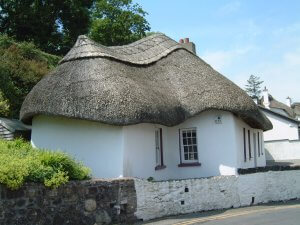 FAIRYTALES CAN COME TRUE FOR THE YOUNG AT HEART

JANET STEINBERG, winner of 50-travel writing awards, resides in Cincinnati but calls the world her home.

On The Road Again
December 11, 2020
Prev Article
A Travel Riddle: Brush Up Your Geography
January 21, 2021
Next Article