A Travel Riddle: Brush Up Your Geography 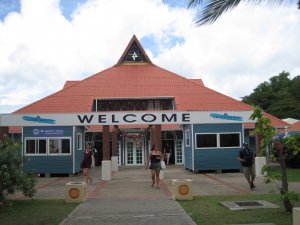 A riddle is a type of formalized guessing game. It is a contest of wit and skill…a verbal expression with several descriptive elements covering any range of subjects. I’ll give you a hint…the travel riddle of the day is about geography.
WHAT ‘S BLACK AND WHITE AND GREEN ALL OVER?
Don’t stress yourself trying to come up with some clever trick answer. The answer is quite simply this: St. Lucia…the Caribbean island, with both black volcanic and white sand beaches, back-dropped by lush green mountains.

St. Lucia, (pronounced St. Loo-sha), is the stunningly beautiful, Windward Island of the West Indies’ Lesser Antilles. One of the Caribbean’s best-kept secrets, it is a culturally rich island, best known for its unparalleled landscape, breathtaking natural beauty and diverse attractions. 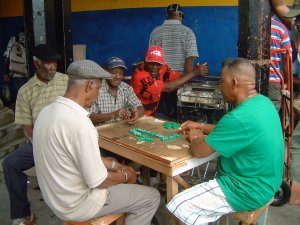 St. Lucia’s first inhabitants, the Arawak Indians, were overcome by Carib warriors and by 800 AD the Caribs ruled the island. Although Christopher Columbus never landed on the island, his navigator was the first European to discover it in 1499. With Anglo-French ownership existing over a period of 150 years, the island changed hands 14 times. In 1814, the island was finally ceded to the British. On February 22, 1979, St. Lucia became completely independent from England and is now an independent democratic nation and part of the British Commonwealth. The main language in Saint Lucia is English but Kwéyòl is St Lucia’s second language. Kwéyòl is more than a patois or broken French. It is a language in its own right, with its own rules of grammar and syntax 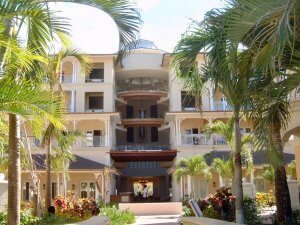 THE LANDINGS AT RODNEY BAY

The modern town of Castries, the capital city of St. Lucia, is the result of the numerous fires, earthquakes, and hurricanes, that all contributed to the demise of the town’s original Colonial charm. St. Lucia’s bustling capital has a population of 60,000 people. Most of the island’s hotels and restaurants are in this area. The Landings Resort and Spa, a tropical sanctuary nestled in the protected harbor of Rodney Bay, is along one of St. Lucia’s most celebrated beaches. 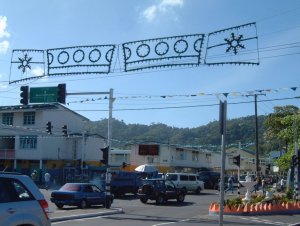 Derek Walcott Square, named after St Lucia’s Nobel Laureate for Literature, is located at the western end of the old town, Derek Walcott Square is a good place to begin a walk through this mix of Victorian, colonial and tropical architecture. Within the square is a huge 400-year old saman tree, a large ornamental tropical American tree also known as the “massav tree”. Local lore has it that a tourist once asked a local the name of the tree and he answered “massav”, which then became its name. “Massav” in the St Lucian Kwéyòl language means: “I don’t know.” Nearby is the Cathedral of the Immaculate Conception, one of Castries’ buildings of major importance. Within this somber edifice, built between 1894 and 1897, are beautiful stained glass windows.

Several drives from Castries, ranging from minutes to 1.5 hours, are worthwhile exploring. A 10-minute drive up Morne Fortune Hill provides a sweeping view of the city and the harbor. Legend has it that the old Victorian mansion, housing Caribelle Batik atop the hill, is a haunted house. At Caribelle, you can witness the artful process of batik and buy some of the finished products made by local seamstresses. The drive continues on through the fishing village of Anse la Raye, where traditional Carib-style fishing canoes are still made. Friday night, on Front Street which runs parallel to the beach, fisherman showcase, cook and sell their daily catch of fish, lobster or conch. 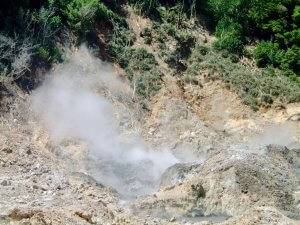 SULPHURIC SMOKE BUBBLING UP FROM VOLCANO

Marigot Bay, just south of Castries along the central western coast, is the idyllic Caribbean spot where “Dr. Doolittle” (starring Rex Harrison) and “Firepower” (starring Sophia Loren) were filmed. Some consider Marigot Bay to be the most beautiful bay in the Caribbean. Once a sleepy harbor, it is now Saint Lucia’s premier marina accommodating some of the largest yachts in the world.
A 1.5 hour drive from Castries will bring you to Soufriere and the world’s only drive-through volcano. That simmering, malodorous Soufriere Sulphur Springs Volcano is a UNESCO World Heritage Site. Although there has not been any volcanic activity occurring here for 400,000 years, the resultant cavity from the collapsed dome of molten lava has formed the world’s only drive-through volcano. The volcano’s moonscape-like pit, with 24 steaming vents bubbling up smelly sulphuric smoke, was quite a contrast to what was to follow. 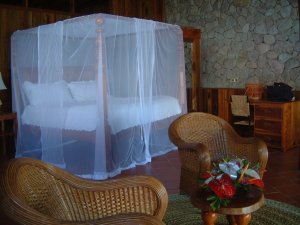 NO NEED FOR A 4TH BEDROOM WALL AT LADERA

Two miles from the port town of Soufriere…minutes from Sulphur Springs…is Ladera Resort…a cliffside sanctuary that is the only resort situated on a UNESCO World Heritage site. With only 37 rooms and suites, Ladera is the stuff of which dreams are made. This intimate tropical gem is St. Lucia’s most unique and luxurious resort.

Taking full advantage of its spectacular natural surroundings, each of Ladera’s rooms and suites has only three walls. The absence of the fourth wall brings an astounding view of the conical twin peaks of the Pitons, and the rugged coastline below, right into your open-air suite. And what better place to enjoy the view than from an old-fashioned swing hanging above your own private plunge pool? 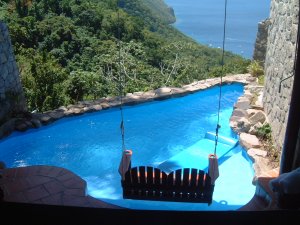 SWING AND PLUNGE POOL IN LIEU OF BEDROOM WALL

The resort’s open-air restaurant Dasheene, offering one of the best dining views in the world, showcases fresh native ingredients from island farmers and neighboring plantations that grow their produce primarily for the resort. The menu renders stylish interpretations of traditional St. Lucian dishes, such as roast conch served in a yam basket, Cajun Creole vegetable bakes and plantain gratin with coconut rum sauce. The Bar at Dasheene offers the perfect setting for a pre-dinner cocktail and daily live music from top local musicians. Truthfully, seated between the dramatic volcanic spires of Gros Piton (2,618.9 ft.), and Petit Piton (2,438 ft.), it hardly mattered what I ate or drank. 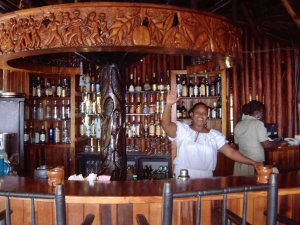 If the lush, paradisiacal lure of St. Lucia does not ignite your innermost passions then, I can almost guarantee you, nothing will. 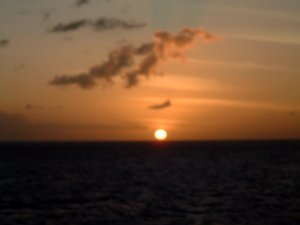 Janet Steinberg, winner of 50-travel writing awards, resides in Cincinnati but calls the world her home.