Around The World One Day At A Time

Around the World One Day At A Time by Janet Steinberg

“By the sea, by the sea by the beautiful sea.” These words, from the 1914 song that has appeared in many musicals, television shows and films, are still the mantra of cruiseaholics more than a century later. Though cruising may not afford you an abundance of leisure time for lingering in museums and cafes, it will give you a taste of the whole wide world. It will sail you on seven seas, to the seven continents, all of which offer unforgettable cities and sites. Sail along with me for a glimpse of what you might experience on the seven continents when you disembark around the world one day at a time.

1. AFRICA: From the port city of Alexandria, book a tour to CAIRO, EGYPT. Chaotic and crowded, noisy and exciting, Cairo is one of the most exotic capitals in the world. The largest city on the African continent, Cairo is so vibrantly alive that even the most jaded traveler must yield to its magic. Arriving in Cairo is like falling through the looking glass and ending up in history. Cairo’s over-all flavor is still very much that of the Middle East. Egyptians in their flowing galabeyas and traditional black robes often make their past seem more vividly alive than their present. The Pyramids of Giza exude an excitement just by the very virtue of being there. They have been considered to be the greatest of the Ancient Seven Wonders of the World…that they alone would survive the passing of time. “He who has not seen Cairo,” said a traveler of old, “has not seen the world.“ 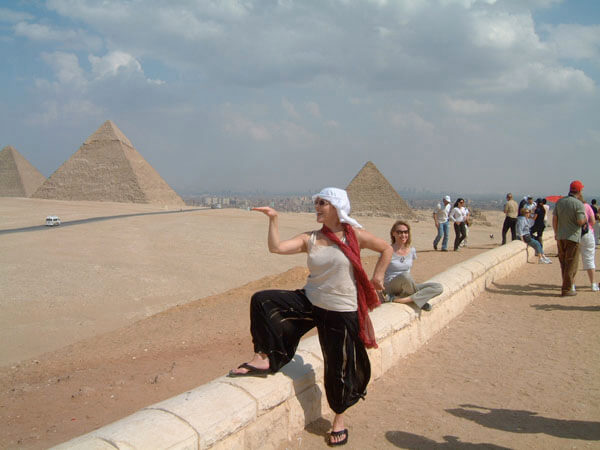 The Pyramids of Giza

2. ANTARCTICA: Antarctica is the greatest show on ice. To cruise to this most eerily beautiful continent on earth you will go below the Equator and beneath the Tropic of Capricorn. Having sailed the dreaded Drake Passage and crossed the Antarctic Convergence, you will come to the bottom of the world… to the most hostile continent on earth. This barren, white continent, that thrills the imagination and overwhelms the senses, is a continent of superlatives. While it is the most forbidding, most inaccessible land on earth, it is also the most majestic and most pristine. This harshest, most inhospitable land is also the coldest, the windiest, the highest and the driest. Antarctica, a land of endless ice shelves, is truly the greatest show on ice. 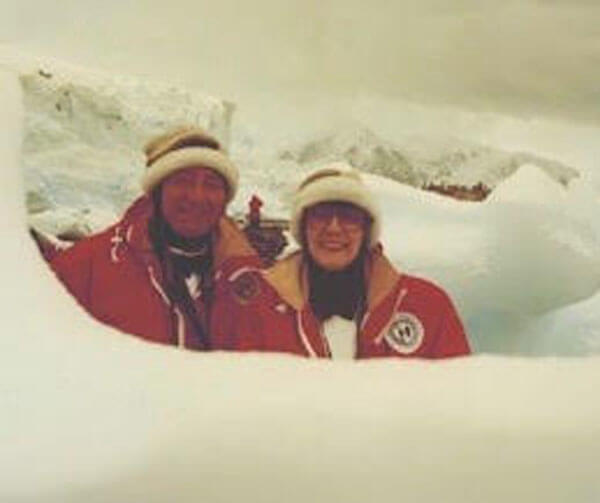 3. ASIA: Namaste! Welcome to BANGKOK, THAILAND. A doll-like Thai beauty, pressing her palms together in a prayer-like gesture, will give you the traditional Thai greeting. Not your ordinary everyday greeting. But then, nothing is ordinary about Thailand. Not the ancient ruins; not the gilded temples; and, certainly, not the ever-smiling people. Thailand’s capital of Bangkok, the “Venice of the East”, is a potpourri of superlatives. It is the best and the worst. It is the most beautiful and the most slovenly, the most chaotic and the most serene. It is the classiest and the sleaziest, the most exotic and the most commonplace. What’s a wat? That is the question most often asked in Thailand. A wat (and there are over 23,000 of them in Thailand) is a Buddhist Temple, a monastery where monks reside. The not-to-be-missed wats include: The Temple of the Emerald Buddha, the Temple of the Dawn; and The Temple of the Golden Buddha. The Klong Show, also known as The Floating Market, is an absolute must to experience. Long-tail boats ply the klongs (canals) and offer sights you will see no other place in the world. 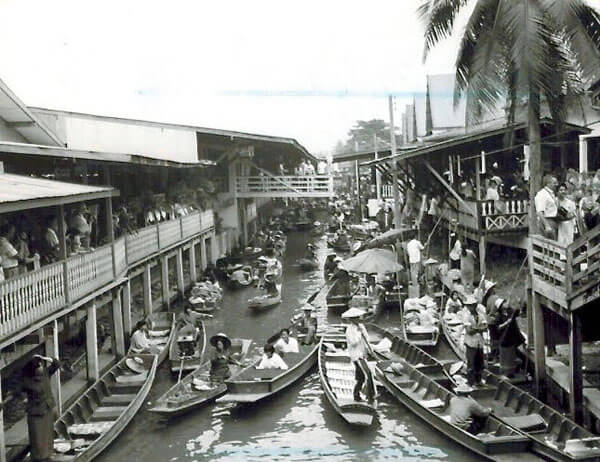 4. AUSTRALIA: In Australia, the only country in the world that is also a continent, all roads lead to SYDNEY. You cannot escape the presence of the sea in Sydney, a vibrant sprawling metropolis. The harbor is breathtakingly dominated by the gracefully arched Harbour Bridge (“The Coathanger”) and the soaring sails of the Sydney Opera House. The Opera House–a spectacular architectural concept rising from the sea at Bennelong Point–is the only internationally recognized building in Australia. It has become a national symbol. Near the Opera House, adjacent to Circular Quay (pronounced “key”) is “The Rocks”, the original settlement of Sydney. Once one of the most unsavory areas of Sydney, today it is a living piece of history. 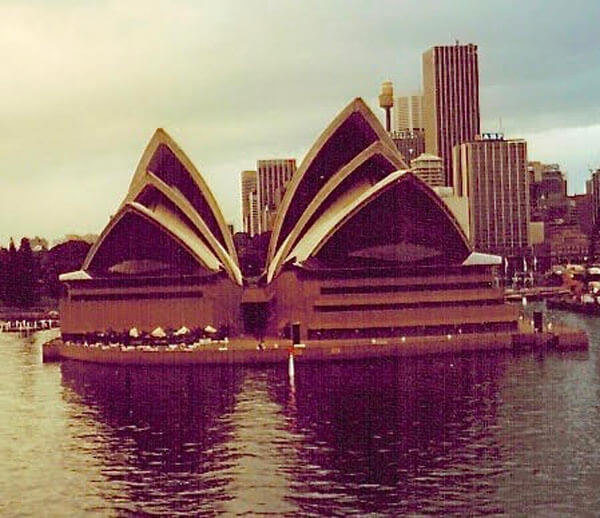 5. EUROPE: Venice, Italy has been called the faded beauty in the family of Italian cities…“her blondness now from a bottle and her perfume slightly stale”. Call it what you may, Venice is still one of the most beautiful, magical cities in the world. Dubbed La Serenissima, (The Most Serene), Venice is a city in which you must get lost. Losing your way amid the maze of streets is part of the Venetian experience. Napoleon called the Piazza San Marco (St. Mark’s Square) the largest drawing room in Europe. I call it the most unique living room in one of the most beautiful cities in the world. It may be the most crowded, (with people and pigeons); the wettest (when the tide rises); or the most expensive ($15 for a cappuccino) living room in the world, but it is by far the most unique. 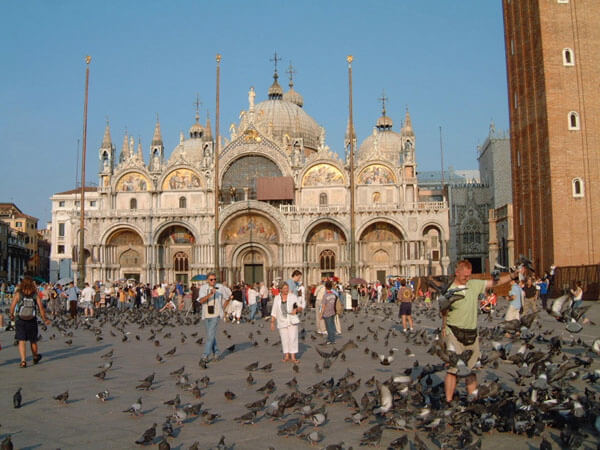 6. NORTH AMERICA: Vancouver, Canada is one of North America’s most beautiful cities. Its natural harbor, reminiscent of Hong Kong, is ringed by rugged snow-capped mountains. Its cosmopolitan atmosphere comes from its unique mixture of European and Oriental people. Gastown, the once-lively birthplace of Vancouver, was relegated to a skid row in the late sixties. This unhurried people-place of Victorian architecture and cobbled streets has been rescued, restored and reborn to preserve the city’s heritage. The Gastown Steam Clock, said to be the world’s first steam powered clock, has live steam that winds the weights and blows the whistles. Vancouver’s bustling Chinatown is the second largest outside of the Far East and Stanley Park is one of the largest city parks in the world. 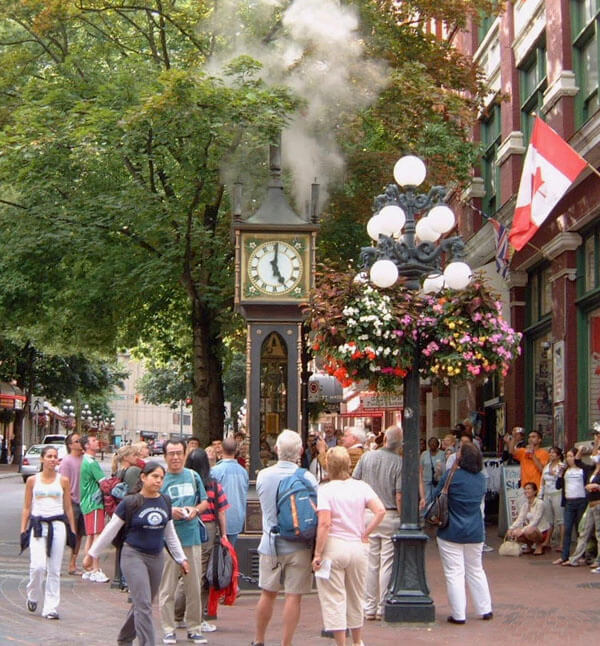 7. SOUTH AMERICA: Rio de Janeiro, Brazil…River of January…is a city of fantasy and dreams. Like a sensual woman, the mere mention of her name connotes romance and excitement. Before you even arrive you’ll feel her anticipatory magic under your skin. “God,” say the Brazilians, “made the world in six days. On the seventh he made Rio.” Rio is unquestionably one of the most beautiful cities in the world. Exuberant pleasure-loving Cariocas will wrap their warmth around you; exotic siren-like Guanabara Bay will wrap its beaches around you. For Cariocas, the 10-million natives of Rio de Janeiro, the beach is their living room. Copacabana and Ipanema are umbrella-studded crescents of sand where beauty meets the beach…where the bikini swimsuit of the legendary “Garota de Ipanema” (“Girl from Ipanema”) was reduced to the string, and the string gave way to a minimalist swimsuit called fila dental (dental floss). A mountain, called Sugar Loaf, resembles a conical loaf of refined sugar and another, named Corcovado (Hunchback), is the jagged lofty perch from which an immense statue of “Cristo Redentor” (Christ the Redeemer) outstretches his arms above the city. 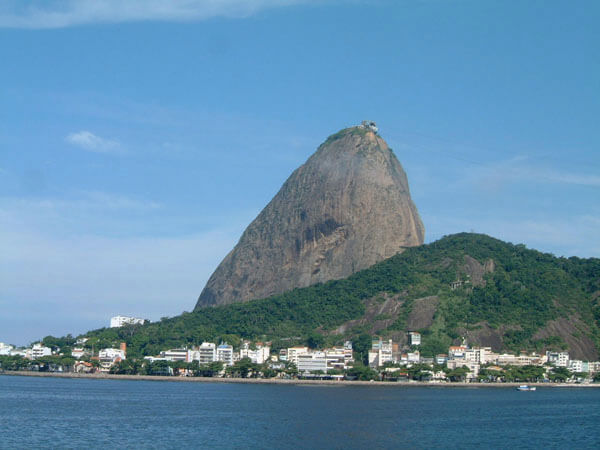