ROLLIN’ ON THE RIVER

The good ole summertime is river time, and cruising the rivers of the world has become a rapidly increasing choice for travelers.  There is an excitement brought about by the motion of a river…any river…a river that endlessly flows backward into time and forward into adventure…a river that is banked by pyramids or castles or virgin forests…a river that awakens you to a new destination every day.  The many boutique riverboats (aka ‘boatels’) that ply the world’s waterways will give you an unforgettable cruise on some of the most exciting and romantic rivers in the world.

BOUTIQUE RIVERBOATS ON THE DANUBE:

The beautiful Blue Danube, the river about which Strauss wrote a waltz, is Europe’s second-longest river.  If you promise to keep it under your hat, I’ll let you in on a little secret…the beautiful Blue Danube, isn’t blue at all.  It is a mocha-green ribbon that entwines itself through the rolling hills, vineyards, vibrant cities, and quaint hamlets of Europe. The Danube River passes through 9 countries and offers a choice of cruise itineraries. 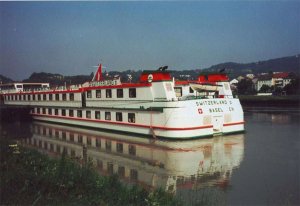 CRUISIN’ DOWN THE DANUBE

No matter which itinerary you select, it will wind you through waterways lined with cultural and scenic diversity, and eventually lead you to Budapest, a city gracing both sides of the Danube. 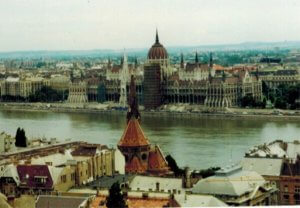 BUDAPEST GRACES BOTH SIDES OF THE DANUBE

RIVERBOAT SIGHTS ON THE AMAZON:

O Rio Mar!   The River Sea! The world’s largest river, that fires the imagination of all who dare to dream, dominates the land and the people who come in contact with it.  The muddy and mysterious Amazon is a majestic presence. To those with an insatiable spirit of adventure, it is a strange mixture of primitive and civilized.  The Amazon is a kaleidoscope of mud huts and mini high-rises, dugout canoes, and sleek ocean liners.  There are man-eating piranhas that you don’t see and immense Vitoria Regia water lilies that you do see. 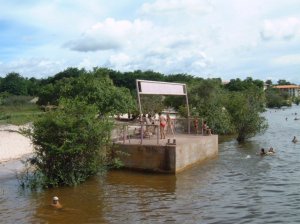 Cruising the Amazon, you will experience one of nature’s most spectacular sights.  Encontro das Aguas…the Meeting of the Waters.  This rare phenomenon is caused by the sluggish, inky black waters of the Rio Negro meeting with the fast-flowing, café-au-lait colored waters of the Amazon.  The two rivers, differing in density and speed, flow side by side for nearly 40-miles before they integrate completely. 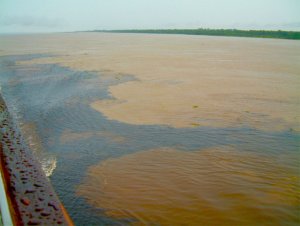 Cruising the 1000-mile voyage of discovery from the mouth of the world’s mightiest river to the port city of Manaus gives a taste of a country as virgin as 16th-century explorers found it, yet as modern as civilization allows it.

A VIEW FROM THE SEINE:

This famously beautiful river that flows through Northern France is also one of Europe’s most romantic rivers. Since most Seine River cruises either begin or end in Paris, take time to explore the major sights of the magnificent “City of Light”.  These will include the renowned Louvre Museum, with its glass pyramid entrance designed by the late I. M. Pei; the Arc de Triomphe; Eiffel Tower; Palais Garnier Opera House and the revered Notre Dame Cathedral under restoration since the devastating fire on April 15, 2019.

As the Seine glides boutique riverboats northward from Paris, you’ll discover France’s countryside; visit Rouen, the City of a Hundred Spires where Joan of Arc was burned at the stake; delight in the gorgeous Giverny Gardens that inspired the artist Claude Monet; and walk the hallowed grounds of Omaha Beach where bikinis, not bombs, now grace the sand. 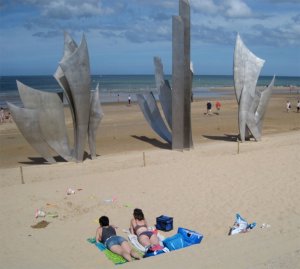 BIKINIS, NOT BOMBS, NOW GRACE THE SAND OF OMAHA BEACH

BOUTIQUE RIVERBOATS ON THE NILE

Arriving in Cairo prior to taking a Nile River cruise is like falling through the looking glass and ending up in history.  Chaotic and crowded, noisy and exciting, Cairo is one of the most exotic capitals in the world.  The largest city on the African continent, Cairo is so vibrantly alive that even the most jaded traveler must yield to its magic. 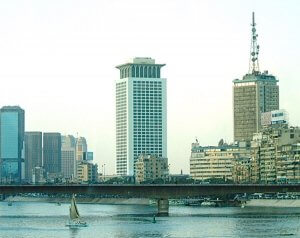 A FELUCCA SAILS THE NILE IN CAIRO

And, although the West has definitely made a huge impact on modern Cairo, its overall flavor is still very much that of the Middle East. After touring Cairo, and going to Giza for the ancient Pyramids and the Great Sphinx staring unblinkingly into the desert, it is time to cruise the Nile 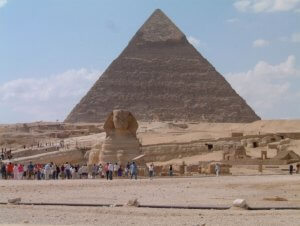 Whether you begin your Nile cruise in Cairo, Luxor, or Aswan, you’ll be experiencing sights and adventures similar to those of ancient pharaohs some 4000 years ago.  However, in lieu of a royal barge powered by muscular oarsmen, you can glide along the river in floating boutique riverboats complete with swimming pool, bar, observation lounge, and sundeck.

It’s all there…the Temple of Luxor…Karnak, with its Avenue of Rams… Dendera…Abydos…and The Valley of the Kings, where Tutankhamen is entombed.  To visit Egypt, the gift of the Nile, without sailing the world’s greatest outdoor museum, would be making an incomplete visit to the Land of the Pharaohs

THE DUORO BY BOUTIQUE RIVERBOAT

Duoro River cruises usually begin in Porto (aka Oporto), Portugal’s second-largest city, and one of Portugal’s most historic cities. As you drive along the Avenida dos Aliados, en route to the Duoro River, you will view some of this UNESCO–listed city’s most impressive buildings such as the 1915 train station, the 18th century Church of Clerigos, and the austere Se Cathedral, a 12th-century Romanesque building. Then head down to the Ribeira quarter to enjoy a cruise on the Douro River (River of Gold). 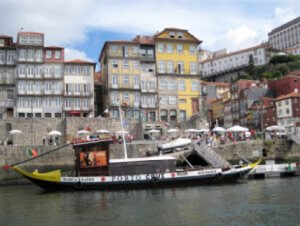 If you do not want to take an extended cruise, there is a large selection of daily sightseeing boat tours, with the 6-Bridges Tour being one of the most popular.  As your boat passes under the Duoro’s six bridges, the water affords a totally different panorama of Porto’s skyline. 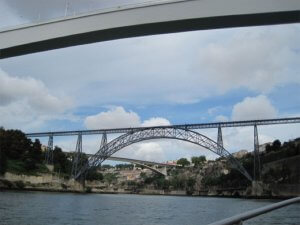 FOUR OF THE DUORO’S SIX BRIDGES

On the opposite bank from where you board the boat, you can wander the riverside and visit Vila Nova de Gaia, home to the port trade and numerous wine lodges. Most of them were established in the 18th century; their brand-name port wines are known worldwide. 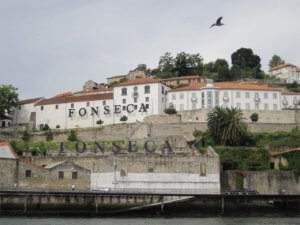 FONSECA PORT IS ONE OF THE LEADING PORT WINE COMPANIES

A Duoro River cruise, that culminates with a visit to a winery, offers an “OPORTOnity” to learn the process of making port wine and to taste some of the world’s finest Port wine.

Janet Steinberg, winner of 54-travel writing awards, resides in Cincinnati but calls the world her home.