Part 1 of a Series

Chances
are…if you ever traveled to Kentucky, you explored such attractions as the
Kentucky Horse Park in Lexington, or Churchill Downs Racetrack in Louisville.

Chances are… if you did travel to
Louisville or Lexington, you never bothered to take the time to explore
Frankfort, Kentucky’s small-town capital city perfectly positioned between
those two cities.

Well, I took
the time, and I’m sure glad I did!

The doors to history will open up to you
on the streets of Frankfort.  With the city’s history dating back to the
1700s, there are interesting stories to be found in the structures that dot the
streets of Frankfort.  If you love history, antiques, art and
architecture, Frankfort is the mother lode.
Two of the most beautiful
state CAPITOL buildings in America are in the CAPITAL city of Frankfort.
Try to remember what you learned in elementary school…CAPITOL is a
building that houses government chambers and offices…a CAPITAL is a city that
is the seat of government of a state or nation.


The fourth capitol
building (1910), and current crowning glory of this seat of state government,
is the impressive Kentucky State Capitol Building rising above the city on
Capital Avenue. Listed on
the National Register for Historic Places, Frankfort’s Capitol is one of the
most impressive capitols in the nation and its art,
architecture and antiques are not to be overlooked.

The 14-foot tall Lincoln statue
in the capitol rotunda is one of the most impressive statues of the sixteenth
president.  This historic piece of art is surrounded by statues of
other high-ranking Kentucky politicians.  If you’re into antiques, check
out the Capitol Building’s Italian Breche Violette
Italian marble-topped Circassian walnut table and the cut crystal light
fixtures in the State Reception Room and the single-globe brass light standards on three pronged lion head and claw bases in the East
and West wing lobbies.

Kentucky’s Old State House
(1830) was the third permanent capitol building erected on Frankfort’s old
public square after the two previous ones had burned.
This Greek
Revival-style edifice is faced in polished limestone quarried near
Frankfort. Its self-supporting marble staircase, that splits to become a
double circular staircase, is one of the most distinguishing features of the
building.

The Governor’s Mansion is
the residence provided to the Chief Executive of the Commonwealth of Kentucky
during his term as Governor.  Styled
after the Petit Trianon, Marie Antoinnette’s villa near the Palace of Versailles,
it reflects the French influence much as the interior of the Capitol does.  The mansion is built of native limestone with
eight Ionic columns adding to the majesty of its appearance.  Considered to be a palatial home at the time
of its construction, it cost $91,500 including grounds and original furnishings.

The Grand Theatre is one of five
theaters operated between the mid-1800s and the 1970s in Historic Downtown
Frankfort.  Originally a vaudeville house
built in 1911, it eventually added silent movies and then advanced to
“talkies”.  The theater operation closed
in 1966. After decades of different commercial occupants, the Saving the Grand
Theatre Preservation Project reopened the theatre in 2009.   It is now a state of the art performing and
visual arts theatre.

Liberty Hall is said to be
the finest example of early Federal-era architecture in Kentucky. The 4-acre
manicured site contains two houses.  The
first, Liberty Hall (1796), was built for Senator John Brown a member of one of Kentucky’s most
important families.  One morning
in 1819, President James Monroe breakfasted with future presidents Zachary
Taylor and Andrew Jackson at Liberty Hall. The second house on the site, the Orlando
Brown House (1835), was built for Senator Brown’s son.  While you’re there, check out the local
legend about the spooky ghost known as the “Gray Lady “ of Liberty Hall.

The Federal-style,
architecturally notable Hoge House (1810), once the grandest of all Frankfort homes, was
constructed
of bricks and logs and covered with red clapboards. It was built in Frankfort’s famed
“Corner of Celebrities” Historic District, an area comprising little more than
one city block that once claimed more nationally prominent one-time residents
than any other four acres in the United States.

The
Bibb-Burnley House, also known as Gray Gables, is a 21-room Gothic Revival
house that was built by John Bibb in the 1850’s.  His niece Mary Anne Burnley also lived in the
house.  Thus the name Bibb-Burnley
House.  Bibb loved gardening and he
developed the leafy gourmet vegetable, Bibb Lettuce, in his backyard garden.

You can’t miss seeing the Glen Willis
House.  It is just next door to Buffalo Trace Distillery, a must-see stop on
the Kentucky Bourbon Trail.  With its southern-style back porch, and a
killer view overlooking the Kentucky River, this grand historic house is now home to Terri’s Catering.

The Frank Lloyd Wright
Zeigler House perched atop a hill, was built for the Reverend Jessie R. Zeigler
in 1910.  It is the only Frank Lloyd
Wright-designed house erected in Kentucky during his lifetime.  It has the only lighted, stained-glass case
that Wright built above a fireplace during his Prairie Period.


A permanent home for many
of Frankfort late residents is the
Frankfort Cemetery, the second incorporated cemetery in the United States
(1844). The grave of Daniel Boone and his wife Rebecca overlooks Kentucky’s
capital city and is an appropriate resting place for one of Kentucky’s founding
fathers.  Once dubbed “The Westminster Abbey of Kentucky”, the cemetery is
the #1 visited tourist spot in Frankfort.


The motto of the friendly folks who live
in this small town on the banks of the Kentucky River states that their city is
KENTUCKY DISTILLED.  According to my
dictionary, the adjective distilled means ‘summing something up’.  According to the Frankfort Tourist
Commission, Frankfort sums up the essence of everything that makes this
gracious southern state special…from her natural charm and beauty to her
world-renowned bourbon, all in one distinctly small and spirited package. 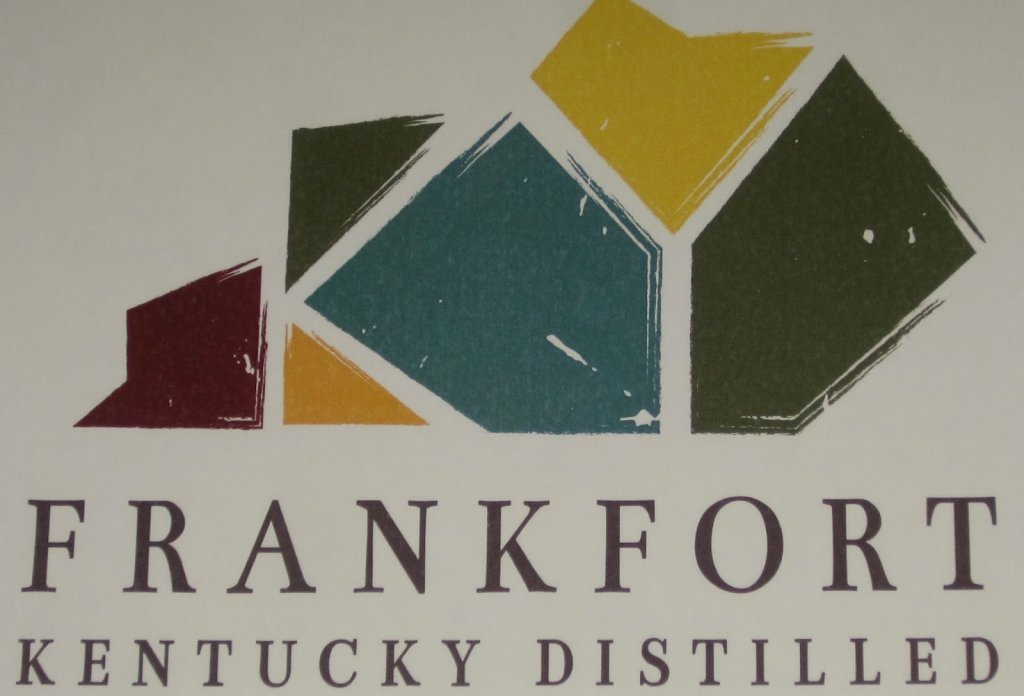 PHOTOS
by JANET STEINBERG
JANET STEINBERG is the
winner of 43 national Travel Writer Awards and is a Travel Consultant with The
Travel Authority in Cincinnati, Ohio