Halloween Destinations: Fun and Frightful for the Whole Family

Wondering how to celebrate the haunted Halloween holiday?  You can decorate your yard in orange, black and ghostly white. You can take the kiddies to a pumpkin patch. Or, you can come along with me to some of the spookiest places in the world.  Trick or treat…or tremble?  Just hop on my broomstick and I’ll fly you away for a ghoul’s night out? 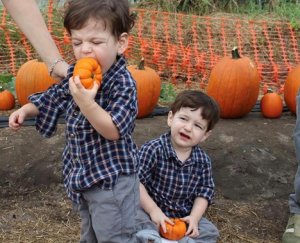 Reveling in New Orleans, Louisiana (NOLA) during Halloween festivities is second only to partying during that city’s Mardi Gras.  Haunted tours will wind you through the French Quarter where you can pop into a Voodoo shop and learn about the history of these centuries-old spiritual practices.  If you’re with youngsters, you might want to skip the scary haunted houses and head for “Boo At The Zoo”. It features a plethora of HallZOOween attractions that are hairy…but never scary. 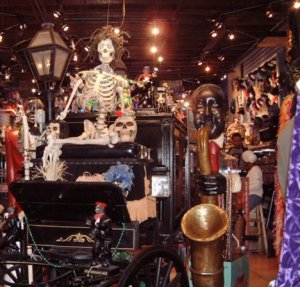 Though eerie and creepy, it is also fun for both young and old to go grave-yarding…one of the city’s top attractions. Metairie Cemetery, with its above-ground vaults, is one of the world’s most unique and beautiful cemeteries.  A drive through pamphlet describes the colossal monuments that range from the ridiculous to the sublime.  Some vaults to check out in the Metairie Cemetery are: the Brunswig Tomb…an Egyptian pyramid guarded by a sphinx; the pink marble and bronze Morales Tomb…built by the notorious Storyville Madam who was denied the right to live in Metairie; and the Hyams tomb…a winged angel grieving beneath a stained-glass window. 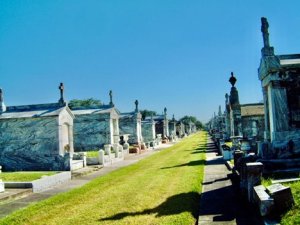 Every October, Key West has a wild 10-day Halloween Festival.  Fantasy Fest was started in 1979 by locals looking for ways to attract more visitors to the island.   A King and Queen are selected for the festivities that are highlighted by a Duval Street parade of fantastic floats, creative costumes and talented entertainers.  A Beach Bash, Zombie Bike Ride, and Goombay Festival are some of the many activities during Fun Fest. 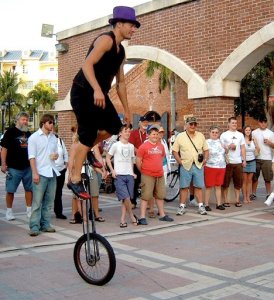 For a unique diversion from the Fantasy Fest, head for Key West’s unique and intriguing 19-acre Key West City Cemetery that lies in the heart of Old Town.  It was established in 1847 following the disastrous hurricane of October 11, 1846, that unearthed the former beach-side cemetery. Between 80,000 to 100,000 people of diverse heritage rest side-by-side in a nineteen-acre park-like setting. Pardon the pun, but the following are a few of the tombstone epithets that I dug up: “I Told You I Was Sick”; ” Good Citizen For 65 Of His 108 Years”; “I always dreamed of owning a small place in Key West”.  And, from the wife of a philanderer…”At Least I Know Where He’s Sleeping Tonight”. 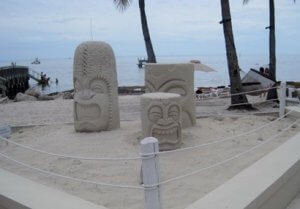 If you are traveling abroad during the time of America’s Halloween festivities, but still want a little spooky spark in your travels, try to include a couple of renowned foreign cemeteries. Although cemeteries are primarily hallowed resting places for our loved ones, many of them are renowned tourist attractions for taphophiles (people fascinated by cemeteries and gravestones).  More magical than macabre, at legendary cemeteries (like the two below) you can enjoy incredible architecture and park-like settings. Additionally, you learn much about the history of the area and the people that are entombed there.

Recoleta Cemetery (Cementerio del Norte) is the exclusive burial ground where all portenos (fun- loving locals) would like to be interred.  Within the iron gates of this City of the Dead are tombs and mausoleums by famous artists and sculptors. Seventy of the approximate 6400 unique graves have been declared national monuments.  Styles in this labyrinth cemetery range from Greek Temples to Baroque cathedrals.  The cemetery’s most visited tomb is that of Eva Duarte Peron, Argentina’s most controversial First Lady.  The Duarte family tomb, the final resting place of the wife of the late President Juan Peron, is difficult to find. Get a map, follow a tour group or look for the black marble mausoleum with a plaque of her profile and a profusion of fresh flowers.  Evita (“Don’t Cry for Me, Argentina”) Peron died of cancer in 1952 at age 33. 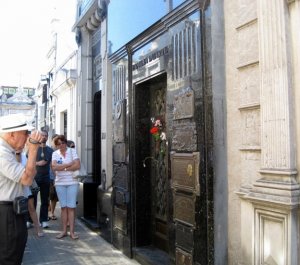 The Old Jewish Cemetery was founded in 1478.  Because of its age and condition, it might well be the spookiest, most spine-tingling cemetery of all.  Over 12,000 gravestones are crammed into a relatively small space. Some 100,000 people are said to be buried on top of one another. Stacks are often 10-12 bodies deep.  The cemetery was in active use for more than three centuries, and the lack of space continually created a problem that had to be solved in creative ways. Since respect for the deceased does not allow Jewish people to abolish graves, they would add a new layer of soil over the old graves and bury more bodies on top of the older graves.

In some places as many as twelve layers of soil now exist. The older graves remained intact and the gravestones were also saved.  What exists today is a dense forest of simple gravestones, either stacked or upright, that memorialize people who could be buried many layers below in the soil. 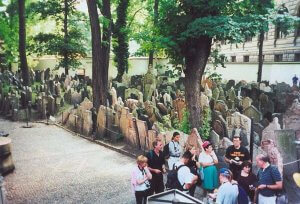 RESCUED ANCIENT GRAVESTONES WERE ONCE STACKED BENEATH LAYERS OFSOIL

During October’s Halloween season, restaurants around the world feature every imaginable dish you can think of using pumpkin and spices.  However, if you want to feast on the official dish of your favorite ghost, just order caledsome ghoulash!

Have a BOO-tiful time!

Janet Steinberg, winner of 55 travel writing awards, resides in Cincinnati but calls the world her home.