Have a Singapore Fling

SINGAPORE:  “Boring.”  “Sterile.”  “Lost its soul.”  Singapore, the tropical island in the Strait of Malacca, has been accused of all of the above.  However, Singapore, a tiny city-state founded by Sir Stamford Raffles in 1819, is none of the above.

Although the Singapore of the 21st century is no longer the romantic Singapore of Rudyard Kipling and Somerset Maugham, an exotic Asia is still in evidence in this high-tech, immaculate city lying just over one-degree north of the Equator.  With a population of 5.45 million, this melting pot of Chinese, Malay, Indian and Eurasian or European has retained many elements of its fascinating past.   Merlion, the official mascot of Singapore depicted as a mythical creature with the head of a lion and the body of a fish, overlooks the Singapore River. 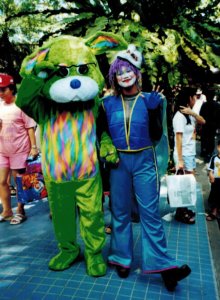 A closer look into the city of thrusting skyscrapers, and expressways arched over a busy harbor, reveals gold-domed mosques and incense-filled temples.  Various ethnic pockets, where traditional cultures of the past live on, tell unspoken tales of the Orient.

CHINATOWN: Located between South Bridge and New Bridge Roads (west of the bum-boated Singapore River,) Chinatown is teeming with the vitality and lifestyle of Old China.  It is here you can try the foul-smelling, sweet-tasting durian (“stink-fruit”) or purchase a papier mache Porsche, one of Sago Street’s many burial artifacts meant to be burned at a beloved’s funeral.

Please allow me to share with you what turned out to be the perfect post-pandemic reunion for my 4-generational family (4 children; 9 grandchildren; 4 great-grandchildren and yours truly).

Thursday: Several members of the family opted to arrive a day before the festive weekend was to begin.  Time to check in, rest up after airport hassles and dine, on their own schedule, at one of the hotel’s six dining options.

Friday: Let the games begin.  Everyone headed to the 500-foot private beach (one of the largest in Broward County) to build their castles in the sand.  Since there are a limited number of private umbrella-style cabanas permanently anchored on the sandy beach, I reserved several (modest charge) in advance of our arrival.  Steamer chairs and beach umbrellas are also available.   A day of fun in the sun is great, but shelter from the sun is also necessary throughout the day. 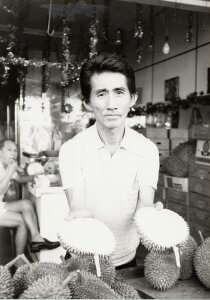 A stroll down Phillip Street, Singapore’s original waterfront, will bring you to the mid-19th century Temple of the Calm Sea, with its roof covered by a mass of miniature pagodas and human figures.  Nearby, smoke wreaths around a Shenist temple, photographers shoot the Sri Mariamman Temple, Singapore’s oldest and most elaborate Hindu temple… street-side calligraphers read your fortune in your face…and pharmacists sell you century-old remedies that cure all. 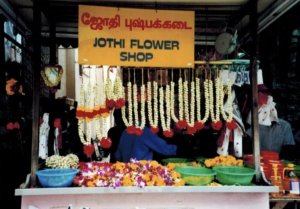 At the beginning of Serangoon Road, opposite the shop-lined Buffalo Road, is the large Zhu Jiao complex that houses the huge provisions market selling food, clothing, and other items.  Zhu Jiao replaces the famous Tek Ka, the unofficial name for the old Kandang Kerbau market that stood opposite it on the now-empty site.

A short walk along Serangoon Road, between Kerbau and Belilios Roads, are stores selling a wide range of handmade fabrics, clothes, and saris.  Across Serangoon, on Cuff Road, are restaurants that specialize in fish-head curry, a highly regarded delicacy.  Just past the corner of Perumal Road sits the Perumal Temple with its striking raja gopuram  (towering gateway) decorated with polychromed gods and goddesses.

ARAB STREET: This Street is more than just one road.  It is an area that was designated an Arab kampong  (village) less than ten years after the founding of modern Singapore.  From the minaret of the gold-domed Sultan Mosque, the muezzin calls the faithful to prayer five times a day.  Appropriately dressed visitors are welcome to Singapore’s largest mosque, where shoes and shorts are not permitted.  Opposite the mosque are several simple restaurants specializing in murtabak, a tasty mutton-filled pancake laced with a thin curry gravy.  It is a show just to watch the highly skilled murtabak man swing a ball of dough into ever-increasing circles to create the tissue-thin pancake. 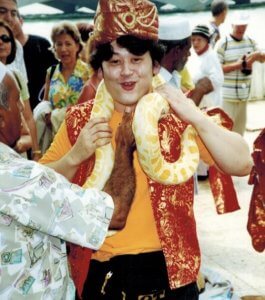 RENT-A-SNAKE FOR A PHOTO OP

PERANANKAN PLACE: This pastel-painted turn-of-the-century landmark at the corner of Orchard Road and Emerald Hill Road, has been preserved as a dedication to the Peranakans. These Straits-born Chinese emerged from the melting pot of cultures, customs and languages of the Strait settlements of Penang, Malacca, and Singapore.  The facade has been remodeled to its original 1902 design and the interior lets you experience a day in the life of a ‘Baba’ (Peranakan for man).  Included are a typical Peranakan home (museum), a coffee shop (Keday Kopi) and shops with salted chicken and Chinese paus (dumplings).

THE COLONIAL HEART: Singapore’s administrative area, still lies on the north side of the Singapore River where Sir Stamford Raffles designated it in 1819.  Today’s skyscrapers are in sharp contrast to the 19th-century architecture that grew up around the large open square, known by its Malay name the Padang.  An old-world atmosphere prevails in the mid-1800’s Singapore Cricket Club, the Raffles-statued Victoria Theatre and the St. Andrews Cathedral.  However, it is to Raffles, the famed French Renaissance-style hotel (1886), where thousands of visitors to “Lion City” flock each day. 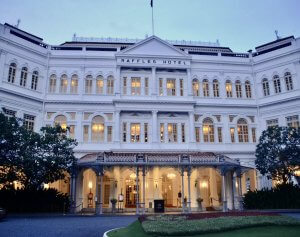 Renaissance-style hotel (1886), where thousands of visitors to “Lion City” flock each day.

Whether it’s to spend a night at the historic hotel, or just to ride a 3-wheeled trishaw stationed near the hotel’s entrance, one fact remains…if you go to Raffles, you’ll probably spend around $20 on one of approximately 700 Singapore Sling’s sold daily at the hotel’s Long Bar where it was concocted in 1915.  In the Raffles’ tradition, you can lunch on Colonial Tiffin Curry served daily in the hotel’s Tiffin Room.  Tiffin Curry differs from the Indian curry with less spicy gravy, chicken without skin and a variety of exotic condiments. 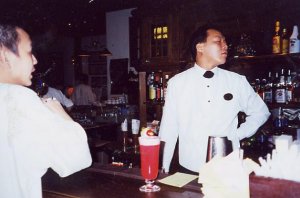 SIP A SINGAPORE SLING AT ITS BIRTHPLACE

BREAKFAST WITH AN ORANGUTAN:  This unique culinary experience can be had at the Singapore Zoological Gardens. A breakfast encounter with an orangutan takes place at the zoo’s Ah Meng Restaurant every day from 9:00 AM to 10:30 AM. The breakfast menu is a lavish affair that includes fresh fruits, juices, various types of breads, beverages and wide selection of local and international breakfast delicacies.  Although it is a pricey breakfast, it is a priceless experience.  After breakfast, make your way to the main zoo premises and spend a lovely day with some of the most gorgeous animals in the world.

IT’S NOT “BREAKFAST AT TIFFANY’S”, BUT IT’S FUN

A visit to Singapore is a study in contrasts.  It is a tropical paradise brimming with towering skyscrapers and old Chinese bumboats.  It is the clamor of commerce and the tranquility of vast parklands.  It is a computer-aged city where the abacus, the earliest known calculating device, is never far from hand. 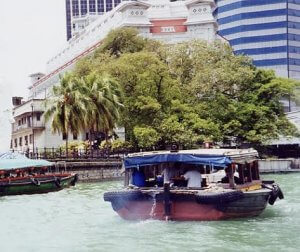 SINGAPORE IS A CITY/STATE/ISLAND OF CONTRASTS.