HOP ON MY BROOMSTICK

With this year’s haunted holiday approaching, it’s time to go grave-yarding. Cemeteries are not only resting places for our loved ones, they are renowned tourist attractions for taphophiles (the word that defines people fascinated by cemeteries and gravestones).  During Halloween season, a virtual visit to one of these cemeteries can be an eerie, creepy, yet fun way, to start that ghostly celebration.  No matter how much you may be spooked by the thought of touring graveyards, you will be amazed at the history and architecture that it comes with…and you will have to chuckle at some of the spook-tacular fun epitaphs that exude the playful spirit of Halloween,  Pardon the pun, but the following are a few that I dug up: “I Told You I Was Sick”; “Good Citizen For 65 Of His 108 Years”;  “I’m Just Resting My Eyes”; and…from the wife of a philanderer… “At Least I Know Where He’s Sleeping Tonight”.

So, now it’s time for you to hop onto my broomstick and fly to some of the world’s most unusual, famous and boo-tiful cemeteries. 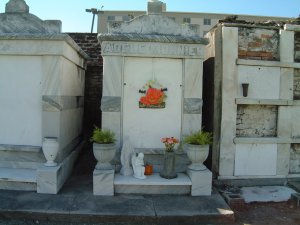 ST. LOUIS CEMETERY is actually the name of 3 Roman Catholic cemeteries in New Orleans, Louisiana.  St. Louis Cemetery No. 1 is the oldest and most famous.  Wikipedia claims that in 2010 actor Nicolas Cage  purchased a pyramid-shaped tomb to be his future final resting place.  St. Louis No. 2, located some three blocks back from St. Louis No. 1, is the final resting place for many notable jazz and blues musicians.  Both of the above are included on the National Register of Historic Places. On average, the crypts in St. Louis No. 3 are more elaborate than at the other St. Louis cemeteries

METAIRIE CEMETERY in New Orleans is one of the world’s most unique and beautiful cemeteries.  In a city, whose motto is Laissez les bon temps rouler!  (Let the good times roll), it might seem strange that among the city’s top attractions are the cemeteries with their above ground vaults.  The Metairie Cemetery offers a drive through pamphlet that describes the colossal monuments that range from the ridiculous to the sublime.  Some vaults to check out  in the Metairie Cemetery are: the Brunswig Tomb…an 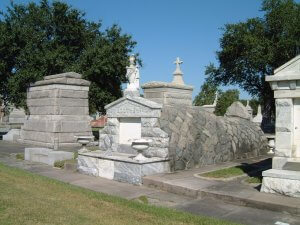 Egyptian pyramid guarded by a sphinx; the pink marble and bronze Morales Tomb…built by the notorious Storyville Madam who was denied the right to live in Metairie; and the Hyams tomb…a winged angel grieving beneath a stained-glass window. 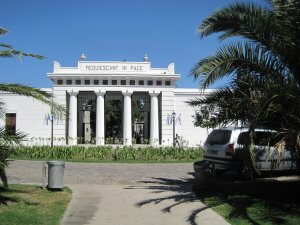 RECOLETA CEMETERY (Cementerio del Norte) in Buenos Aires, Argentina is the exclusive burial ground where all portenos (fun- loving locals) would like to be interred.  Within the iron gates of this City of the Dead are tombs and mausoleums by famous artists and sculptors.  Seventy of the approximate 6400 unique graves have been declared national monuments.  Styles in this labyrinth cemetery range from Greek Temples to Baroque cathedrals. 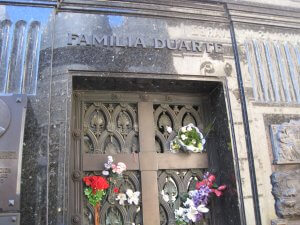 The cemetery’s most visited tomb being that of Eva Duarte Peron, Argentina’s most controversial First Lady.  The Duarte family tomb, the final resting place of the wife of the late President Juan Peron, is difficult to find. Get a map, follow a tour group or look for the black marble mausoleum with a plaque of her profile and a profusion of fresh flowers.  Evita (“Don’t Cry for Me, Argentina”) Peron died of cancer in 1952 at age 33. 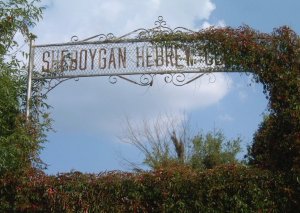 SHEBOYGAN HEBREW CEMETERY: There was a time, some 100-plus years ago, when hundreds of immigrants headed to Wisconsin where they could find work at the Kohler Company, manufacturers of state-of-the-art plumbing fixtures and faucets.  These young immigrants lived in squalor in nearby Sheboygan.  When land was needed for a Jewish cemetery, prejudice in early Sheboygan required the Jewish community to acquire land outside the city.  Thus the Sheboygan Hebrew Cemetery was founded on a site of land that has since become Highland Drive in the predominantly gentile village of Kohler, 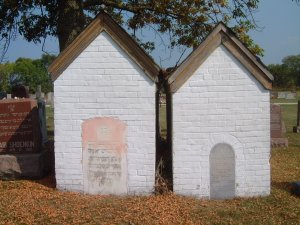 Wisconsin.  The cemetery is partially encircled by a metal fence, which includes an entrance gate with the words “Sheboygan Hebrew Cemetery.

Four of the gravesites are marked by brick, gabled, house-like monuments. In 1944, 1959, and 1962, when more land was needed for the expansion of the Hebrew Cemetery, the Kohler Company donated some of their land to the Hebrew Cemetery Association.

FAIRVIEW LAWN CEMETERY, in Halifax, Nova Scotia, is perhaps best known as the final resting place for one hundred and twenty-one victims of the sinking of the RMS Titanic. One of the first victims to be carried to his grave at Fairview Lawn was a small, unidentified baby boy.  A haunting tombstone marks his grave. While the Cunard liner Carpathia was taking survivors to New York, 209 of the dead were brought to Halifax.   Fifty-nine bodies were shipped home to relatives, but 150 were buried in three Halifax cemeteries.  There were 10 graves at the Jewish Baron de Hirsch Cemetery; 19 at the Catholic Mount Olivet Cemetery; and 121 at the non-denominational Fairview Lawn. 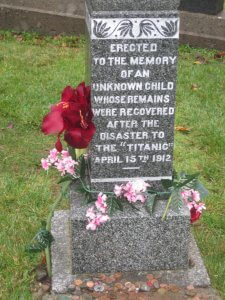 Halifax’s Maritime Museum of the Atlantic takes its visitors on a voyage of discovery through Nova Scotia’s rich maritime heritage.  The exhibits and artifacts evoke the magic of the sea and its power in the lives of Nova Scotians. One of the most popular exhibits in the Maritime Museum is the one that depicts the tragic history of the ill-fated Titanic that sank some 700 miles east of Halifax on April 15, 1912.   Another exhibit gives the opportunity to watch the art of building model ships. 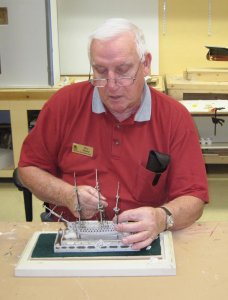 FOREST HOME CEMETERY in the Lincoln Village neighborhood of Milwaukee, Wisconsin is the final resting place of many of the city’s famed beer barons.  Names like Pabst, Schlitz, and Blatz are among the many grand monuments erected for the city’s beer barons, politicians and social elite. 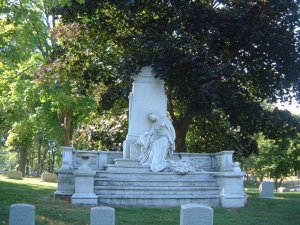 The 2-story Blatz mausoleum, built in 1896 stands 49-feet tall.  The interior of this granite structure is covered in Italian marble.  Declared a Milwaukee Landmark in 1973, both the cemetery and its 1892 Gothic Style Landmark Chapel are listed on the National Register of Historic Places. 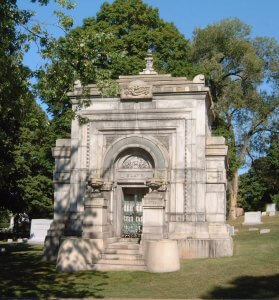 THE OLD JEWISH CEMETERY in Prague, Czech Republic was founded in 1478.  Because of its age and condition, it might well be the spookiest, most spine-tingling cemetery of all.  Over 12,000 gravestones are crammed into a relatively small space where some 100,000 people are said to be buried on top of one another in stacks that are often  10-12 bodies deep. 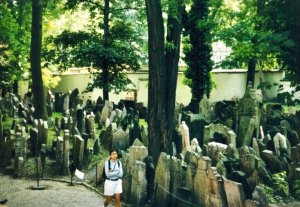 The cemetery was in active use for more than three centuries, and the lack of space continually created a problem that had to be solved in whatever way possible. Since respect for the deceased does not allow Jewish people to abolish graves, they would add a new layer of soil over the old graves and bury more bodies on top of the older graves. In some places as many as twelve layers of soil now exist. The older graves remained intact and the gravestones were also saved.  What exists today is a dense forest of simple gravestones, either stacked or upright, that memorialize people who could be buried many layers below in the soil.

I hope you weren’t too frightened and that you had a BOO-tiful time!

Janet Steinberg, winner of 47 travel writing awards, resides in Cincinnati but calls the world her home.