April 8, 2011 | by Caroline Gordon
Well that may be understating it a bit.
Meet Janet Steinberg. 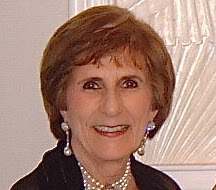 Janet is an award-winning travel writer who lives in Cincinnati, but calls the world her home.  Janet is an International Travel Correspondent who has journeyed to all 7 continents, traveled in 130 countries, sailed on 132 cruises and is not done yet!
Her travel articles have appeared in hundreds of publications around the globe…from the United States to Australia, New Zealand, England and Canada.
She has received 38 travel-writing awards including 3 Lowell Thomas Awards; 14 Society of American Travel Writers Awards; 18 Mark Twain Awards; State of Ohio’s Buckeye Travel Award; Henry Bradshaw Best of Show Award and the Cipriani Best Overall Writer of the Year Award.
In addition to her writing Janet is a Travel Consultant with the Travel Authority at our Mariemont, Ohio office.  To have Janet book a cruise, tour or the trip of a lifetime for you just send her an email at jxs2travel@fuse.net.
We are very excited to have Janet join us, and we are sure you will find her contributions both interesting and informative.