Louisville’s 146th Kentucky Derby, the greatest two minutes in sports, has been rescheduled from May 2, 2020 to September 5, 2020 because of the corona virus. “Bourbon City” itself, while not yet at full gallup, claims they are back in the saddle…at the starting gate…and taking the reigns for a phased reopening that includes expert-driven safety guidelines for their lodging, attractions and venues.

CHURCHILL DOWNS WILL HOST THE KENTUCKY DERBY IN SEPTEMBER 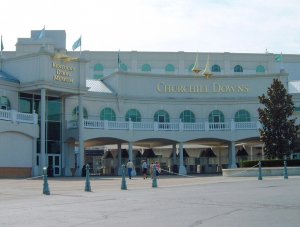 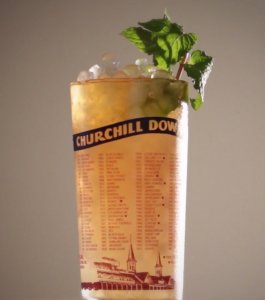 Locals call it LOO-uh-vul; visitors call it LOUIE-ville. There are also those who wrongly opt for LEWIS-ville or LUH-vul. But no matter what you call it, one fact remains for sure…Louisville is much more than a one-horse-race town.

The city, founded by George Rogers Clark in 1778, and named for French King Louis XVI in 1780, has done what many other cities have failed to do. It has successfully combined historic preservation and aesthetic sensitivity with urban renewal. The rebirth of old Main Street was the linchpin in the urban renaissance of the city that sits on the southern bank of the Ohio, in a broad river valley surrounded by a plateau and the knobs of southern Indiana.

What was for many years an empty corridor of badly deteriorating warehouses has now become home to restaurants, shops, art galleries and professional offices. Take a magnet along with you when you stroll past these late 19th and early 20th century Main Street buildings. When the pattern of the brick sidewalks changes direction, it will point to the cast iron facades. Only New York’s SOHO district can boast of a larger collection of cast-iron facades in the United States. 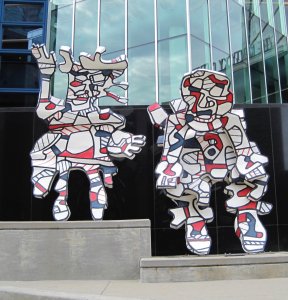 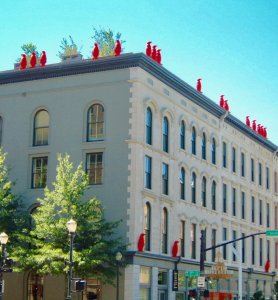 Red penguin sculptures, first seen by Wilson and Brown at the 2005 Venice Biennale, are perched atop the hotel’s roof and throughout the hotel. According to Steve Wilson, “the public really chose the penguins. They were part of our opening exhibition in Louisville and people couldn’t help but interact with them. They would move them around, take photos with them, take them to dinner and take them to their rooms. They have really become an icon, and emblematic of our mission to make thought-provoking contemporary art more accessible to the public.” Fourteen years and eight hotels later, every 21c hotel has its own flock of penguins…each in a color that embodies the singular identity of their city.

If your hotel preference is more classic than contemporary, Louisville’s nostalgic duo…the vintage Seelbach and Brown hotels, that have been restored to their old glory, may be more to your choosing.

The Seelbach Hotel is an excellent example of the lavish turn-of-the-century Beaux Arts style of architecture. It is a mélange of Louis XVI, Spanish and English Renaissance. The original broad stairway of solid bronze and marble still leads the way from the lobby to the mezzanine. The once-faded Seelbach’s $24 million restoration in the 1980’s was the realized dream of a former Louisvillian, actor Roger Davis. His fascination with the Seelbach began when he was a college freshman and read about the hotel in F. Scott Fitzgerald’s classic novel “The Great Gatsby”. Fitzgerald alluded to the Seelbach when his fictional character Tom Buchanan and the novel’s heroine Daisy were married in a June wedding in Louisville. The wealthy Tom “came down with a hundred People In Four Private Cars, And Hired A Whole Floor Of The Muhlbach Hotel.” No Louisvillian could mistake the allusion. 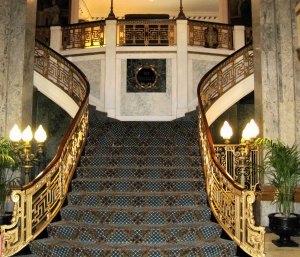 THE GRAND STAIRCASE AT THE SEELBACH HOTEL

The Brown Hotel originally opened on October 25, 1923. The Georgian Revival- style, 16-story hotel survived The Great Depression of 1929, The Great Flood of 1937 and World War II. However, with the emergence of expressways drawing people to the suburbs in the 1950’s, The Brown began experiencing a decline in business. In 1971, two years after the death of J. Graham Brown, The Brown Hotel closed its doors. In the early 1980’s, the “Broadway Group” was formed to revitalize the Broadway-Fourth Avenue area. Their Broadway Renaissance plan restored the hotel to its former splendor and reopened it in January 1985. The Brown Hotel’s richly oak-paneled English Grill is a classy, high-end Southern eatery famous for inventing the Hot Brown sandwich. The Hot Brown’s history is traced back to 1926-7 when the chef felt the supper-dance business needed an uplift during its midnight break. Chef Schmidt is reputed to have said: “I have an idea for an open-faced turkey sandwich with mornay sauce on it.” When the manager and maître d’ thought that sounded a little flat and colorless, Schmidt announced he would put it under the broiler and add pimento and two bacon strips. Voila! The Hot Brown was born. 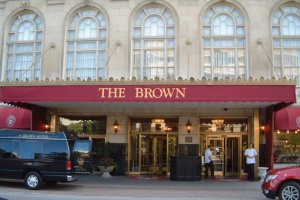 The Louisville Area boasts of many museums with subjects ranging from steamboats to steam engines and from baseball bats to fried chicken. There’s a fine art collection, spanning 6000 years of history, at the Speed Art Museum. Originally known as the J.B. Speed Memorial Museum, Kentucky’s first and largest public art museum is now colloquially referred to as “The Speed “by locals.

The Muhammad Ali Center, dedicated to Louisville native Muhammad Ali, is an inspirational experience. Much more than a museum, its innovative exhibits and global initiatives carry on the renowned boxer’s legacy and inspire exploration of the greatness within us.

Grownups…as well as Little Leaguers…can still grip the smooth handle of living tradition at the Louisville Slugger Museum and Factory with the world’s largest bat (120-feet tall) leaning against the building. Like the mint julep and the “Run for the Roses”, the legendary Louisville Slugger baseball bat.” Is a Louisville tradition. “Keep the trademark up” was an unwritten rule that even tiny knot-holers learned to abide by. That familiar oval trademark (the words “Louisville Slugger” emblazoned into seasoned ash bats) is probably the first contact that any kid outside of Kentucky has with Louisville. 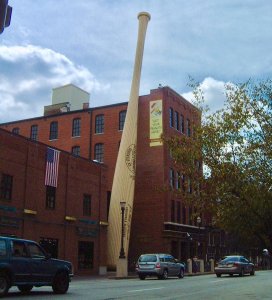 Next time you pop a piece of chewing gum in your mouth you might like to know that, in 1873, Louisville druggist John Colgan gave the world Taffy Tolu. That was the first chewing gum made in the country. And, the next time you chomp on a cheeseburger, you might also think of Louisville. Legend has it that Carl Kaelin wasn’t satisfied with the grand old American dietary staple, the hamburger. When he opened his Louisville restaurant in 1934, he added the slice of cheese. The not-ritzy, not-glitzy Kaelin’s Restaurant, (five minutes from downtown), still serves up a great cheeseburger.

Long after you leave Louisville, a part of Derby City will linger with you.

JANET STEINBERG resides in Cincinnati but calls the world home. She is the winner of 47 national travel-writing awards.

YOU ONLY LIVE TWICE
July 24, 2020
Prev Article
PEOPLE WHO NEED PEOPLE: Arm-chair Traveling When Sheltering At Home
September 02, 2020
Next Article