In Part One of my last post, CHILLING IS FULFILLING, I showed
you how I cruised for the unmitigated pleasure of just cruising…never leaving
Silversea’s Silver Spirit for an entire week and loving every minute of
it.  Now, in PART TWO, allow me to show you the other side of the coin…how
I previously enjoyed Silver Spirit’s shore excursions in all the same ports
when I took her same cruise, with an identical itinerary, sometime in the past.

KEY WEST, FLORIDA: This was Silver
Spirit’s first port of call.  Located closer to Havana than Miami,
Key West is an around-the-clock happening.  To get an overall view of the
city I opted for Silver Spirit’s City View Trolley Hop-On Hop-Off tour that gave
me an overview of what I would like do for the rest of our day in port.

After completing the entire trolley loop, I headed to
President Harry Truman’s Little White House that is a fascinating public
museum as well as a retreat and place of government business by our
nation’s leaders.

Next I was off to the Ernest Hemingway House, the Florida
home of the author of a myriad of classic books such as “The Sun Also
Rises”.  In addition to fascinating Hemingway memorabilia,  a
living memorial to the late author has also been preserved at his
Spanish-colonial mansion.  Approximately 40-50 polydactyl (six-toed) cats,
descendants of the nearly 50 cats who lived there with “Papa”, still
call 907 Whitehead Street home.

No
day in Key West would be complete without downing  few at Sloppy Joe’s, Hemingway’s favorite honkytonk
saloon.  Sloppy Joe’s is much more than mere saloon.  It is a
symbolic personifications of Key West itself.

BELIZE CITY, BELIZE:
Following a day at sea, the Silver Spirit brought us to Belize, the only English-speaking country in Central America.
Belize is nestled between Mexico and Guatemala on
the Caribbean coast of Central America and is one of the few remaining
unspoiled places on earth. Formerly known as
British Honduras, the colony’s name was changed to Belize in 1973 in
anticipation of its independence.  On September 21, 1981 independence finally came to Belize

On
my first Silver Spirit cruise, I opted for a tour of Belize City, home of the country’s commercial center and the largest
concentration of Belizeans.  Belize City’s many sights of interest
included the Museum of Belize that was built in 1857 as “her Majesty’s Prison”;
Baron Bliss Lighthouse, built in honor of the benefactor who left Belize
$2-million; St. John’s Cathedral, constructed in 1812 from red bricks
originally used as English ship ballast; and the Swing Bridge that has
connected the downtown area since Colonial days and is one of the few manually
operated bridges still in use in the world. 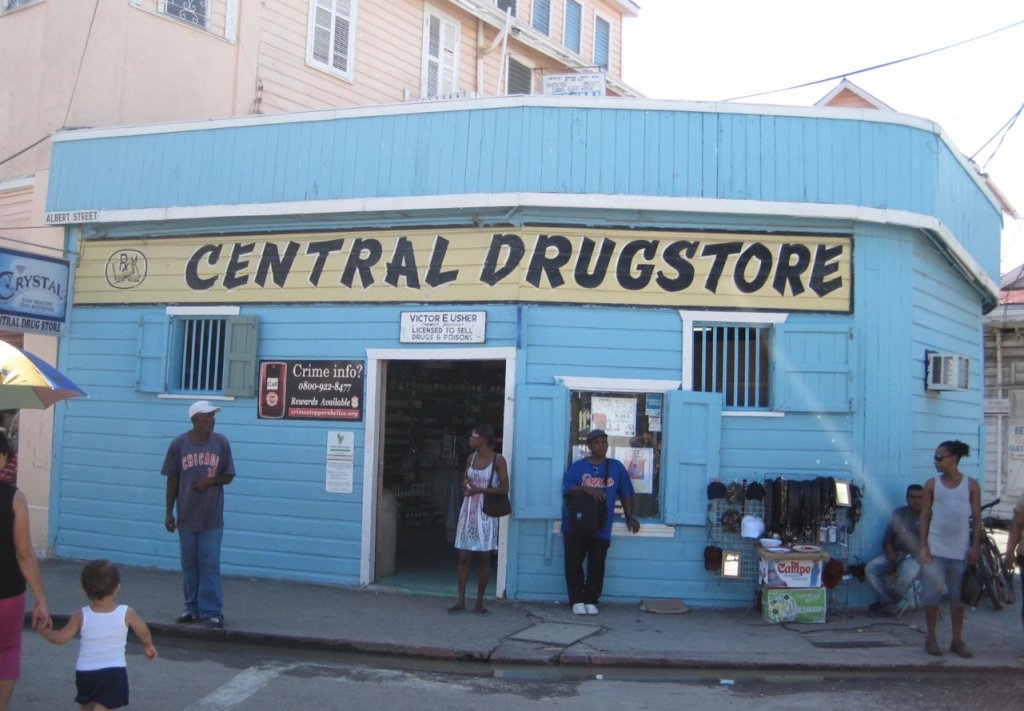 SANTO TOMAS, GUATEMALA: From Belize,
Silver Spirit sailed us to Santo Tomas, Guatemala where we opted for the
Amatique Bay Resort tour that allowed us to chill out completely in one of
Central America’s finest resorts.  Departing
the pier via a panga boat (a modest-sized, open,
outboard-powered, boat) we sailed to the five-star
Amatique Bay mega-resort.  The Amatique Bay Resort features a botanical
garden surrounded by Mayan archaeological sites, exotic landscaping, and a wide
array of lush flora and fauna.

Upon arrival, we could do as we
pleased…sunbathe or swim at the pool with wet bar and water slides…explore the
private beach, butterfly and turtle gardens…visit the Jade Museum…shop for
souvenirs…or join in an invigorating game of beach volleyball or soccer (if we
were a few, few, few, years younger).  A barbecue buffet lunch was served
before we boarded the panga boat to return to the pier.

COSTA MAYA, MEXICO: Next stop, Costa Maya, Mexico where I opted for a Silversea fun tour called “Salsa &
Salsa Beach Break”.  The tour group was transferred to a beach restaurant
for a hands-on Mexican salsa cooking class. We were each given a chef’s white
toque and apron to wear, and a plate of fresh ingredients.  We were then
taught the steps of making authentic Mexican salsa and guacamole. We then
devoured our concoctions with tortilla chips and washed them down with
complimentary margaritas.

Afterwards, our guide showed us how to step, sway, and
get into the groove of Latin America’s most famous dance…The Salsa.  Following
step-by step instructions, those who were ready for the dance floor did their
thing.

COZUMEL, MEXICO: When the Silver Spirit docked at Cozumel, Mexico I set
out on Silversea’s “Living History, Mayan Traditions and Island Overview tour”.
During our visit to the Mayan Village we saw traditional thatched-roof
Mayan houses, medicinal gardens, cooking techniques, and Mayan ceremonies. We
also learned about the myths, histories and beliefs of the Mayan World.

Following our tour of the village, we
traveled across the island to the eastern shore for stunning views of the
island’s undeveloped coastline. Traveling past ancient black rock formations
protruding from the sea, we saw beautiful white-sand beaches, tropical
low-jungle vegetation and the iridescent waters of the Caribbean Sea.

JANET STEINBERG
is the winner of 41 national travel-writing awards and an Independent
Travel Consultant with The Travel Authority in Mariemont, Ohio.