SO MUCH TO “SEA”: CANADA, THE MARITIMES AND MORE

May 23, 2011 | by Caroline Gordon
QUEBEC EXUDES HISTORY AND IRRESISTIBLE CHARM
Québec City is love at first site.  And the first site to capture us was the 350-foot Cap Diamant, a massive headland dominating the majestic waters of the St. Lawrence.   Our warm and welcoming north-of-the-border neighbor transports us to Europe without ever having to cross an ocean.  French is the main language in this fascinating metropolis that rivals any European city. 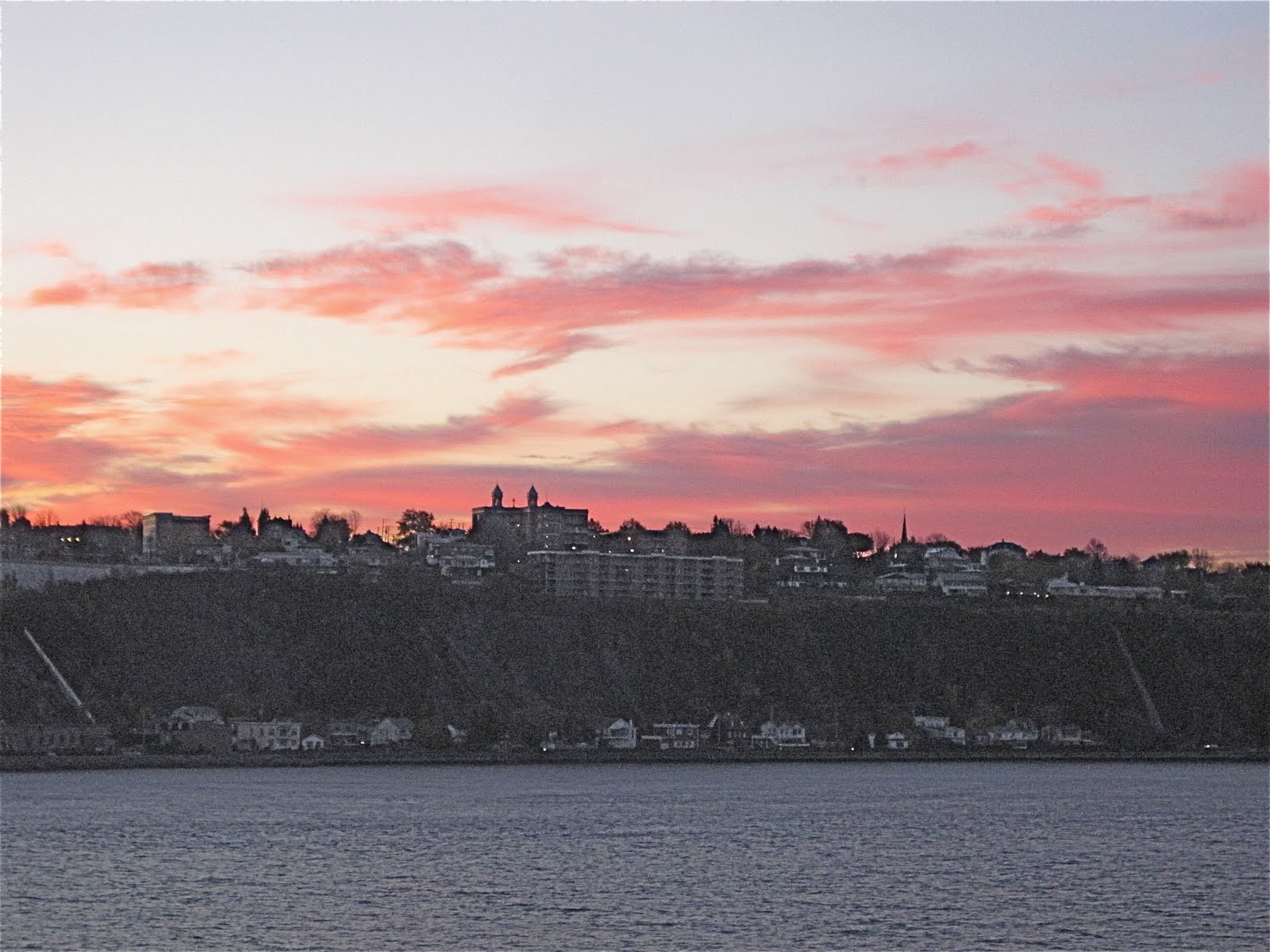 Québec is the only fortified city in the Americas north of Mexico City.  The Citadelle of Québec (the French name is used both in English and French) is located atop Cap Diamant, adjoining the Plains of Abraham.  Known as the Gibraltar of America, the Citadelle’s construction began in 1820 and lasted more than 30-years.
With spectacular views of the city, The Citadelle is home to the residence of the Governor General, and the Cap-aux Diamants Redoubt (one of the oldest military buildings in Canada).  The traditional Changing of the Guard Ceremony is executed by the members of the Royal 22nd Regiment daily from June 24 to Labor Day.
The Plains of Abraham, scene of the 1759 battle between generals Wolfe and Montcalm, are said to be “the heart and lungs” of Québec City.  It was here, in one of the world’s largest and finest urban parks that hundreds of thousands of fans rocked to Paul McCartney and Céline Dion as part of Québec City’s 400th anniversary celebration.
Parliament Hill is home to Québec’s National Assembly that convenes in the Parliament Building, an architectural masterpiece.  In front of the Parliament Building the Fontaine de Tourny (Fountain of Tourny) spews forth water from its 43 jets. 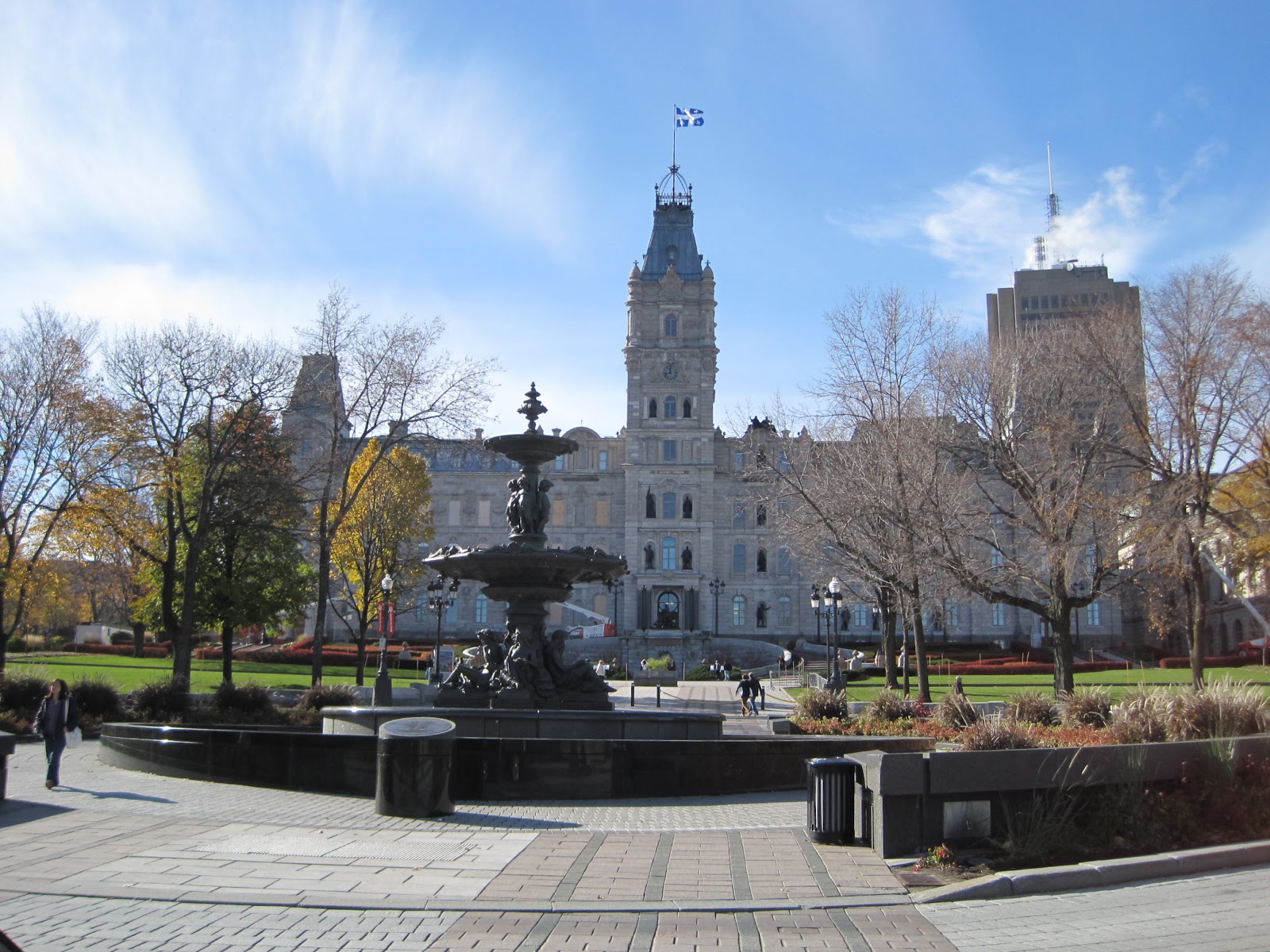 The gorgeous Fontaine de Tourny was awarded a gold medal at the Paris World Fair in 1855.  It adorned a broad avenue in France until 1960 at which time it was put into storage.  At the turn of the 21st century, a Parisian antiques dealer purchased the fountain.
In 2003, Peter Simons discovered the fountain during a visit to the Saint-Ouen Flea Market.  After a costly restoration, Simons gifted it to the people of Québec City in recognition of their support for his retail fashion business, La Maison Simons. Today, it stands as a legacy of Québec City’s 400th anniversary.  At night, ablaze in lights, it casts a magical spell.
Vieux-Québec (Old Québec) is a UNESCO-designated World Heritage Treasure that is alive with history and charm.  In Vieux- Québec, the world-renowned Château Frontenac Hotel reigns supreme.   Precipitously perched on a bluff overlooking the mighty St. Lawrence River, the Château Frontenac is the heart of the Old City.  With its castle-like architecture and turrets, Le Château Frontenac is truly a dream castle experience! 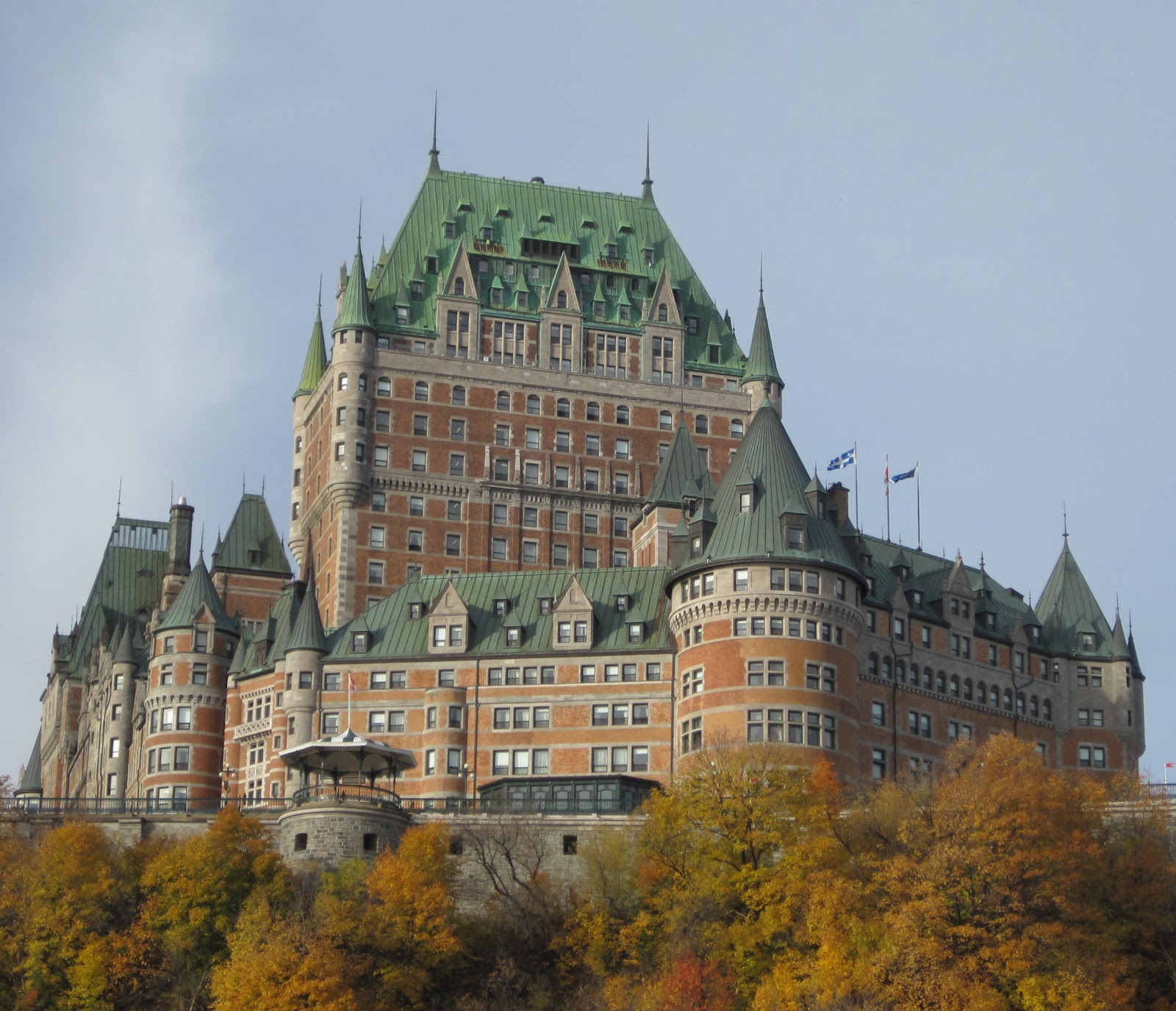 Château Frontenac, designed by the American architect Bruce Price, is one of a series of château-style hotels built for the Canadian Pacific Railway company at the end of the 19th, and start of the 20th, century. It was completed in1924. The railway company sought to encourage luxury tourism and bring wealthy travelers to its trains.
Two historic conferences, attended by Franklin Roosevelt and Winston Churchill, were held at this imposing structure in 1943 and 1944. The amazing Château Frontenac is one of the most photographed hotels in the world.
Place Royale is the cradle of French Civilization in North America.  After a bust of Louis XIV was installed there in 1686, the public square became known as Place Royale.  By the 1950s, this district (one of the oldest in North America) had become rundown.  However, in the 1960s this part of the old city, that represents four centuries of history, was rehabilitated and is now a vibrant square.  (I loved the name of a shop dubbed Frada…no relation to Prada.) 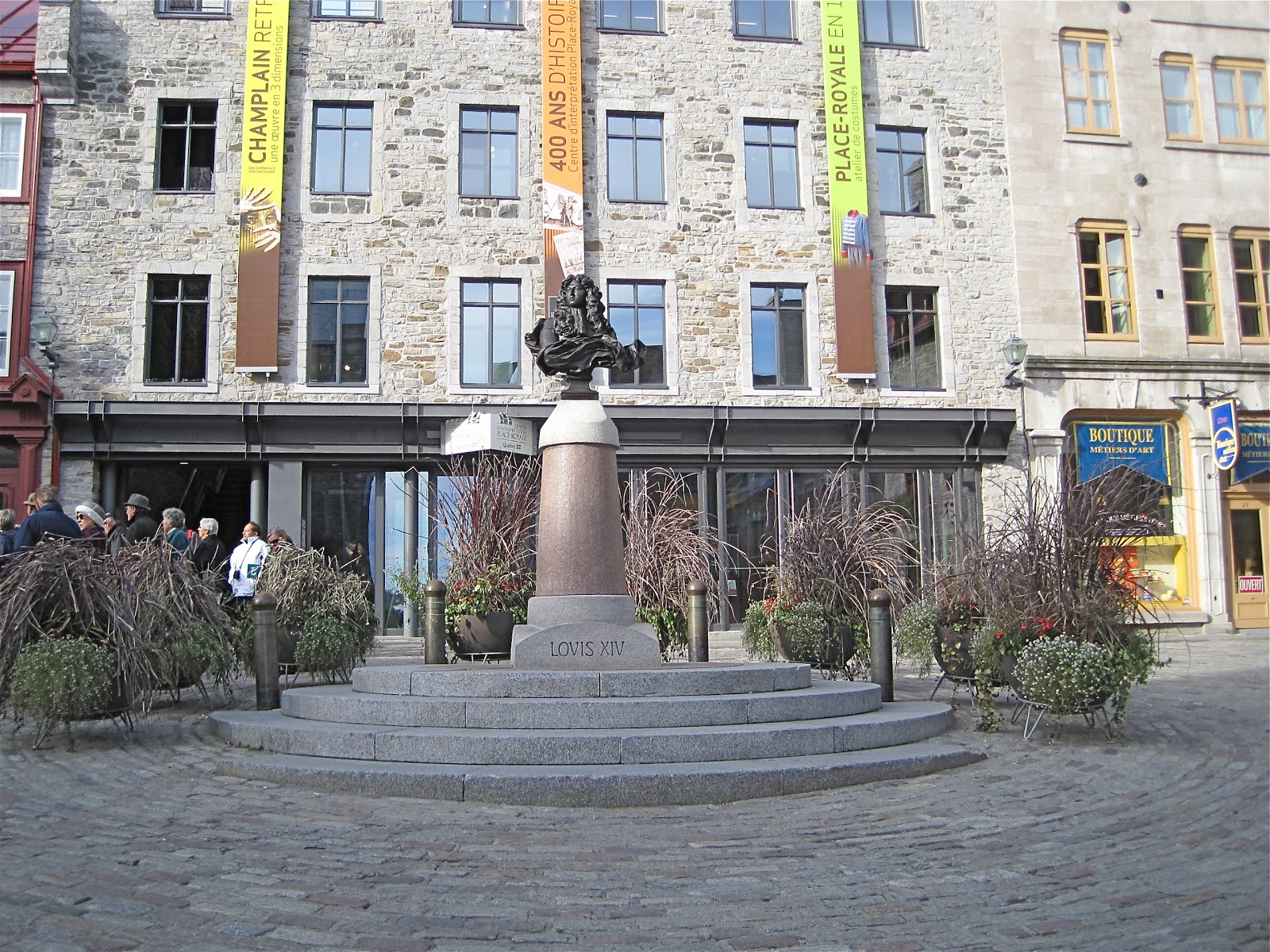 Here, in this oldest neighborhood in North America, you will find the Musée de la Civilisation, the most popular museum in Québec City.   This bridge between the past and future takes a fresh look at local culture and other societies.
Quartier Petit Champlain is another bustling area of historical architecture and cobblestone streets that saw a rebirth in the 1980s.The foot of the Breakneck Staircase is at the intersection of Rues du Champlain and Sous-le-Fort.  If you don’t want to climb the Approximate forty Breakneck Stairs, you can ride the  Funicular du Vieux-Québec between the Lower Town and the Upper Town. 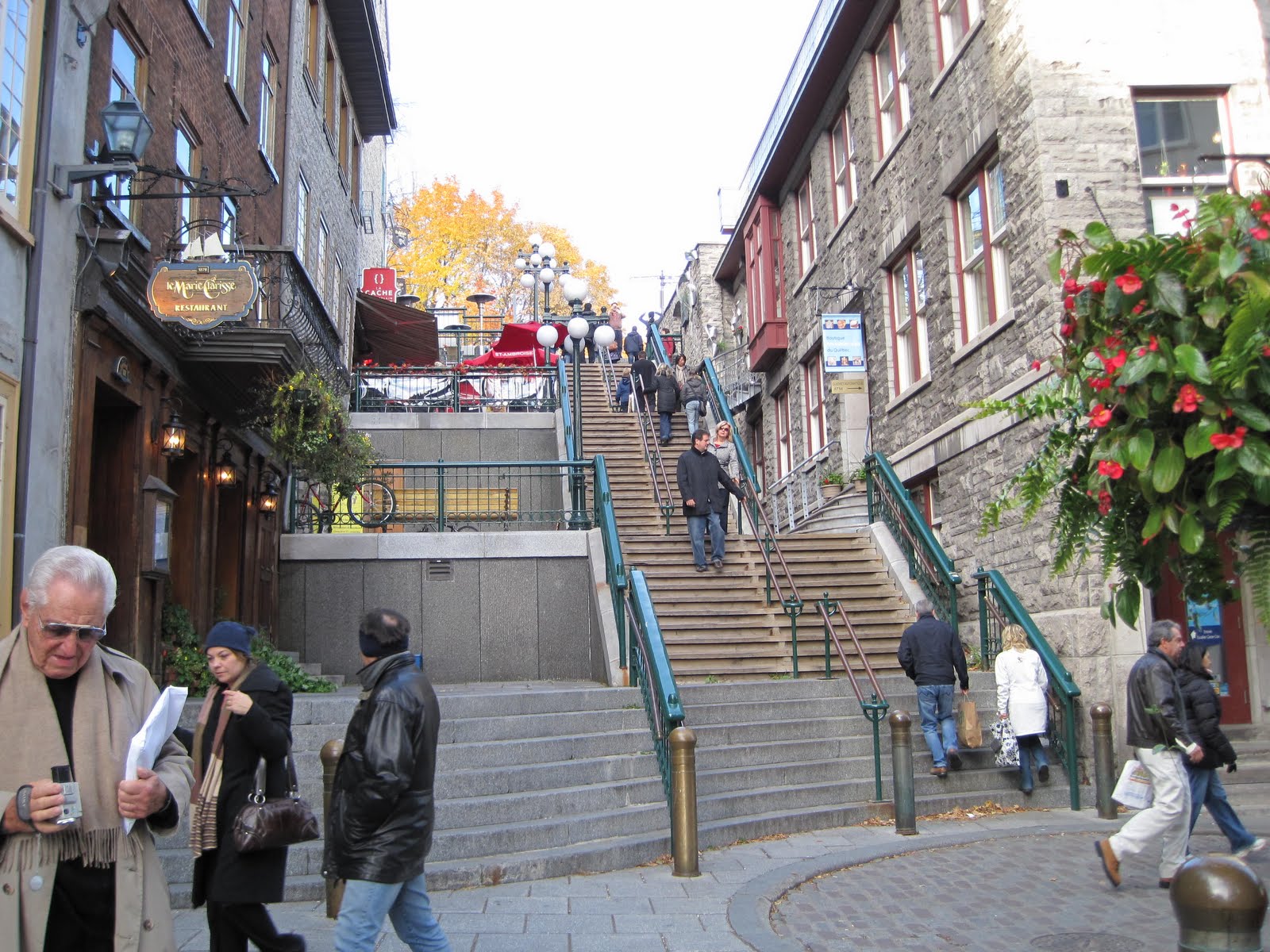 Riding the Funicular, at a 45-degree angle along the rocky cliff face, you will get a fantastic view of the St. Lawrence River and Lower Town.  One of the only funiculars on the continent, the Funicular du Vieux- Québec celebrated its 130th anniversary. 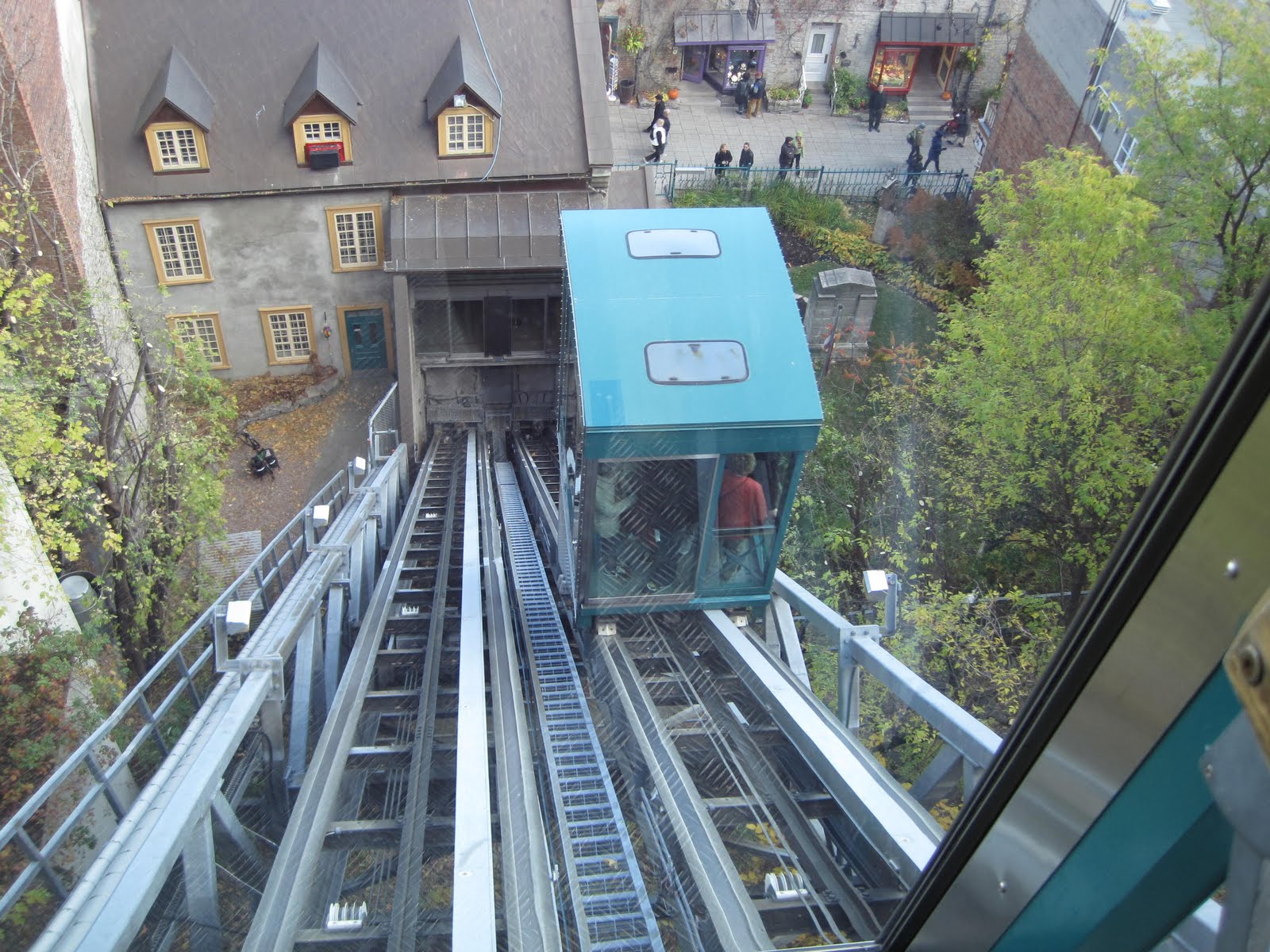 Take time out for a lunch-break in Vieux-Québec.  Pain Beni, ranked #2 out of 671 restaurants in Québec City, is one of the most affordable 4-star restaurants in Old Québec.  The Soupe a l’oignon gratinee a l’erable et a la biere (French onion soup au gratin with maple and beer) is a must.
After lunch, get out of town!  A few minutes from Québec City is the enchanting Parc de la Chute-Montmorency  (Montmorency  Falls Park) with its spectacular waterfall.  Montmorency Falls is an awe-inspiring 272-foot waterfall that is 98.5-feet higher than Niagara Falls.  The views are stunning whether you are taking the cable car, climbing the 487 panoramic stairs, or strolling across the suspension bridge. 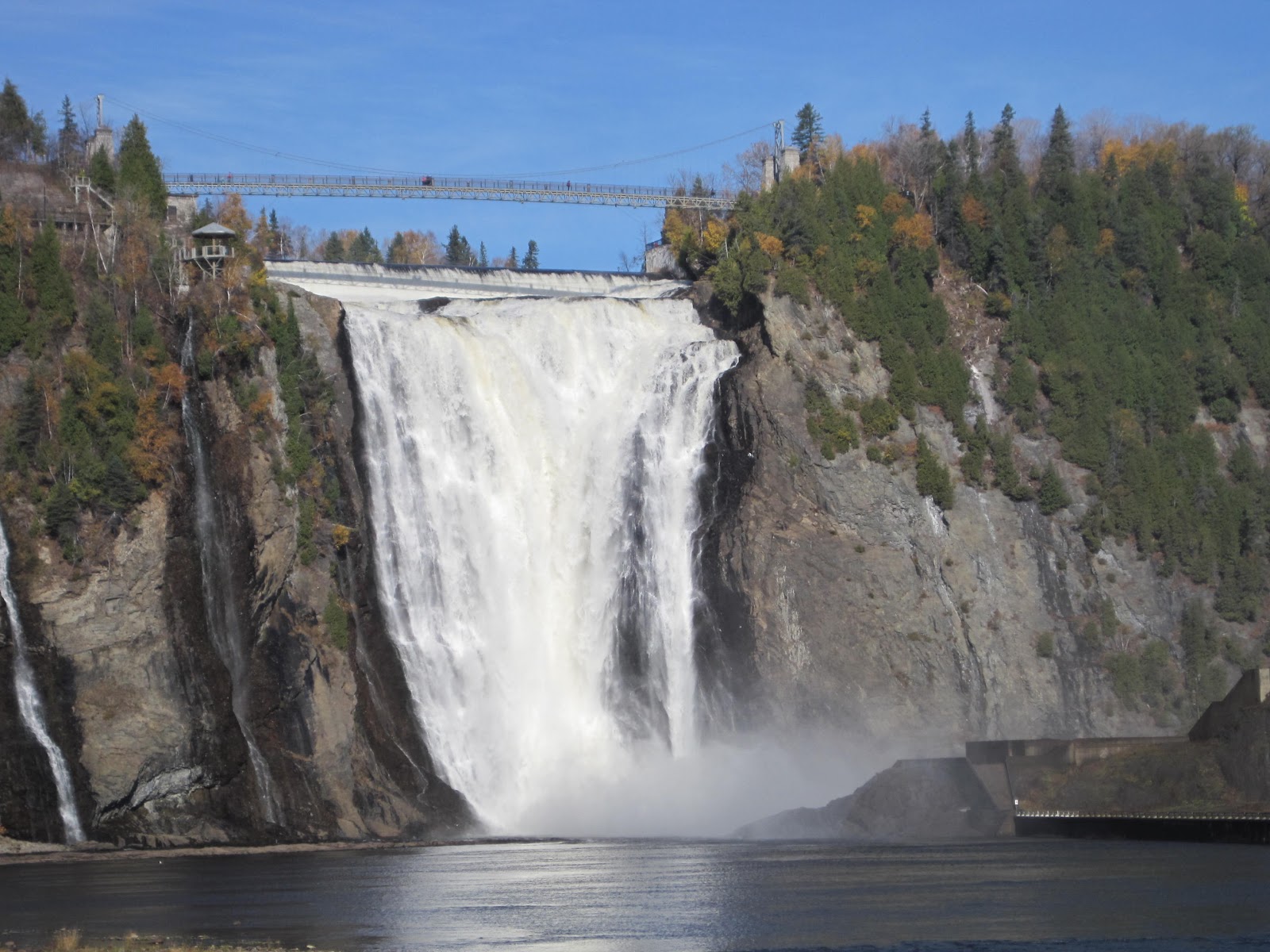 Perched atop the rock basin wall that was carved out by the falls is the elegant Manoir Montmorency.  This regal villa houses an Interpretation Centre, shop, panoramic terrace and a café bistro.
Winter paints an entirely different picture at Montmorency Falls.  At the base of the falls, the frozen spray forms a giant cone known as The Sugarloaf.  The ice wall that encloses the falls is a challenge to even the most skilled ice climbers.
Québec City is a city for all seasons and all people.  Little wonder that in the list of top 100 cities appearing in the November 2010 issue of Condé Nast Traveler, Québec City is ranked 2nd out of the ten best cities in the Americas (excluding American cities), 5th including cities in the U.S. and 10th among international destinations (from all continents).
Go ‘sea’ for yourself.  Sea-ing is believing.
JANET STEINBERG is an award-winning Travel Writer, International Travel Consultant, and winner of 38 national Travel Writing Awards.