In four decades of amazing travel, I have experienced much stuff. However, if I had to name only one lesson I’ve learned from all of the stuff that happens, that lesson would be… do it while you can. If I had told my grade school geography teacher that I wanted to do all of the things mentioned below, she would have told my mother that I was delusional and needed a psychiatrist, and I may have missed out on these special travel experiences.

With that said and done, please allow me to suggest some of the fun things I have experienced that I recommend you should do…while you can. And, you won’t need to tell it to a psychiatrist.

RIDE AN ELEPHANT TO THE TAJ MAHAL 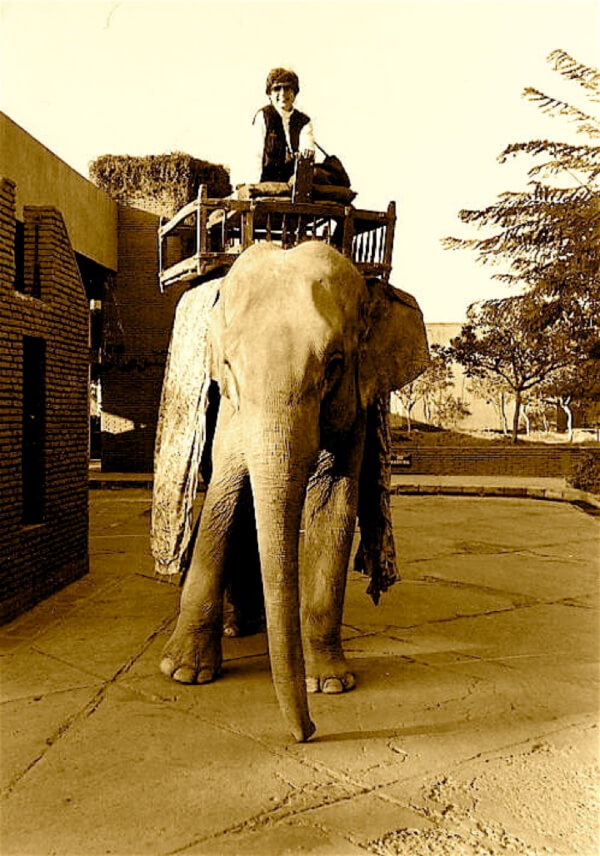 RIDE AN ELEPHANT TO THE TAJ MAHAL

Most people take a cab from their hotel in Agra, India to the Taj Mahal. But that was not for me. I opted to hire an elephant and ride the 1.5-mile trip from my hotel to the Taj. It is not a common practice, but for a reasonable price, you can get a mahout (elephant driver) to give you an unforgettable ride to India’s most remarkable site. My mahout Ramprakash dressed my personal pachyderm Lakshmi in her most regal attire for our journey to the Taj. Our parade through town was an unforgettable experience. Towering over trucks, ducking under trees, Lakshmi would stop for bread and veggies at her favorite food stands. Children lining the streets screamed with delight as that strange-looking, camera-laden lady lumbered along on an elephant. Old folks clasped their hands in the traditional namaste greeting and I, who seldom has delusions of grandeur, felt like a visiting Maharani. 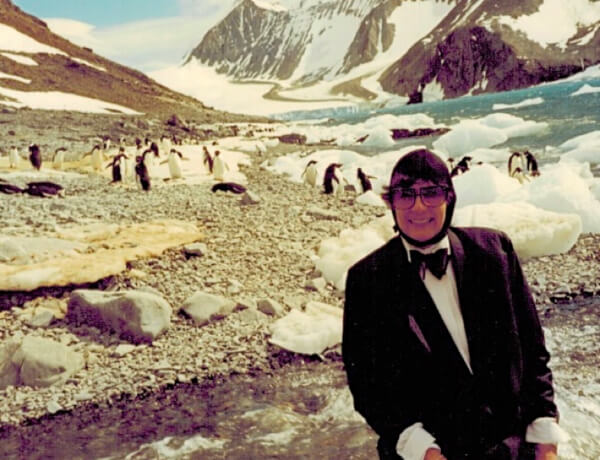 BE ONE OF THE PENGUINS IN ANTARCTICA

How tacky could I get? Well, I got there in Antarctica. Aboard my cruise ship, before boarding the zodiac that would take me close to the shoreline, I donned my husband’s tuxedo. Prior to disembarking from the zodiac, I tucked the trousers into my knee boots and then waded my way to the shore in Hope Bay. I guess the penguins didn’t recognize me as one of them, because they still keep a safe distance from me.

RIDE A CAMEL AT THE PYRAMIDS IN CAIRO, EGYPT 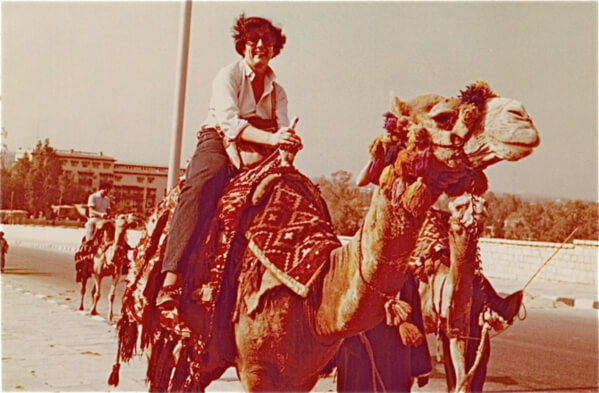 RIDE A CAMEL AT THE PYRAMIDS IN CAIRO

They are dirty, they are smelly, and they are mean. However, it wouldn’t be a day at the Pyramids of Giza if you didn’t take a ride on one of the camels-for-hire that surround those structures. Although this awesome sight has been marred by commercialism, even the most sophisticated of tourists gives in to the myriad of camel drivers hustling to take their picture on the mangy-looking beasts. Tacky as it may seem at the time, once you get home it becomes a memorable photo. 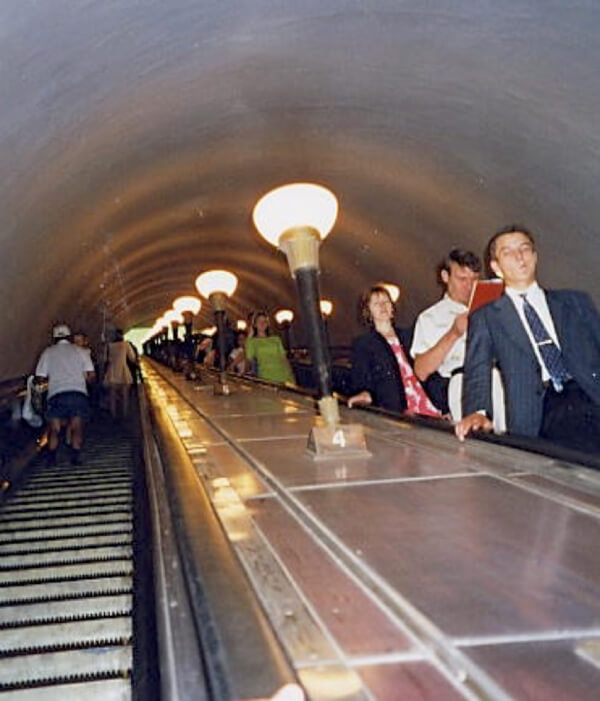 THERE’S TIME TO READ A BOOK ON A RUSSIAN ESCALATOR

The digging for their amazing subway system began in the 1930s. In December 2011, a new metro station “Admiralteyskaya” was opened on the 5th purple line between the stations “Sadovaya” and “Sportivnaya”. After the opening, “Admiralteyskaya ” became the deepest metro station in Russia. This people mover is so deep that people read their books, play games, and even knit as they ride the escalator. A one-way trip is almost three minutes long. The length of the escalator is 7/10 of a mile. 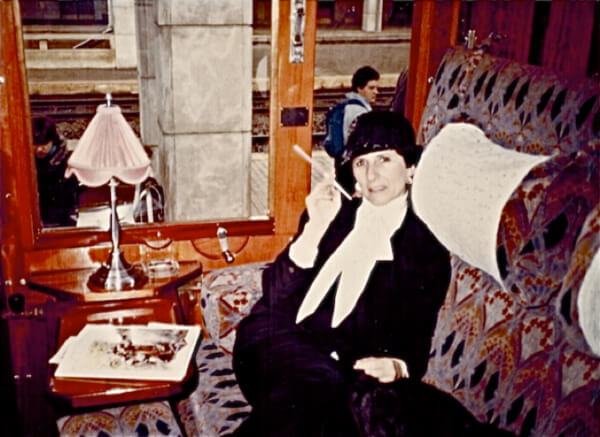 FLAPPER STYLE ON THE ORIENT EXPRESS

All aboard! Time to go tracking. Riding the rails, from Venice to London on the VS-O-E (Venice Simplon-Orient-Express), was an experience–not just a means of transportation. It was intrigue, glamour, fantasy, and a byword for luxury and elegance. During the day, I wore 1920’s–style cloche and carried a fake pink cigarette in a hand-carved ivory cigarette holder. In the evening, I donned some long pearls, and strategically placed some ostrich plumes on my cocktail dress to give it a Roaring Twenties look. The VS-O-E is the world’s most famous train. It is the king of trains and the train of kings. Agatha Christie wrote that it was “Murder ON the Orient Express”! Agatha Christie was wrong. It was murder getting OFF the Orient Express

TRAVEL EXPERIENCES WITH THE LOCALS

DON A HEADDRESS FOR CARNIVAL IN RIO 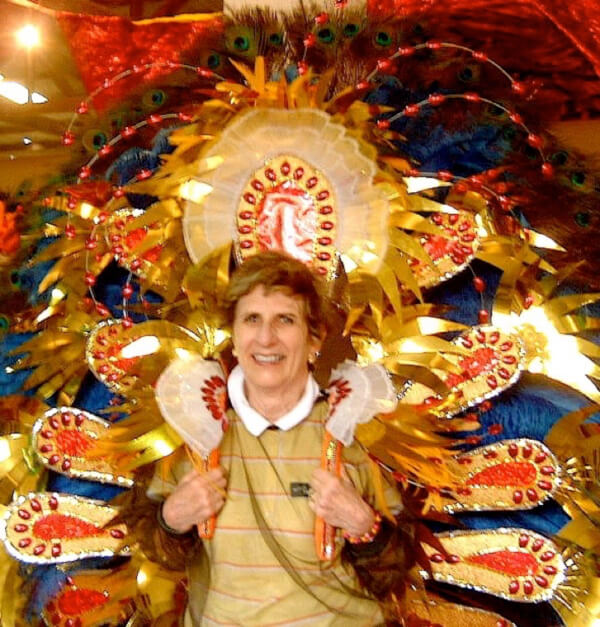 CARIOCA STYLE FOR CARNIVAL IN RIO

The Rio of the Cariocas (the name given to the 10-million natives of Rio de Janeiro, Brazil) is one of the few remaining large, cosmopolitan cities that have managed to hold onto its soul. One of its traditional customs, Carnival, pulsates with colorful costumes and samba, the music of Brazil. It is one of the greatest shows on earth.

TAKE A BATH IN BUDAPEST, HUNGARY 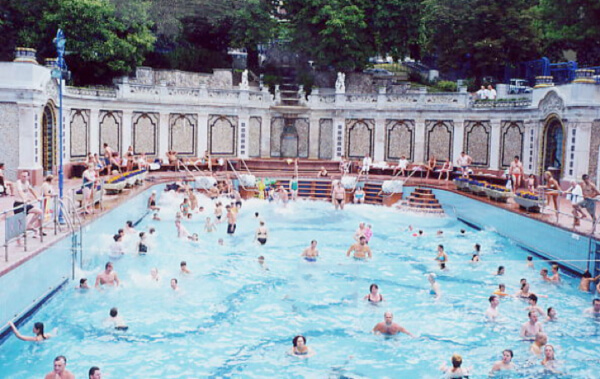 BATHING AT GELLERT SPA IN BUDAPEST

“Taking the waters” at the Gellert Spa is a Pesti (pronounced peshtee) tradition. The Art Nouveau spa inspired by Rome’s Baths of Caracalla, offers therapeutic massages at bargain-basement prices. Once you figure out what to do, and where to go, you will feel great. But don’t expect Baden Baden luxury 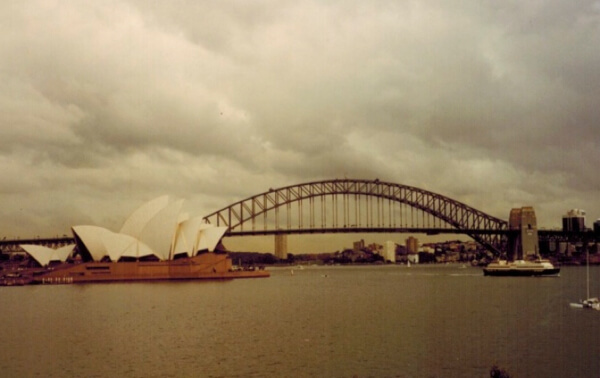 You cannot escape the presence of the sea in Sydney, Australia, a vibrant sprawling metropolis of more than 3 million people. The harbour is breathtakingly dominated by the gracefully arched Harbour Bridge (“The Coathanger”) and the soaring sails of the $102 million Sydney Opera House (“The Other Taj Mahal”). If you’re a true thrill-seeker, you can climb the iconic Sydney Harbour Bridge and cross that world-class experience off your bucket list. Like the Taj Mahal, the Opera House is the realization of human aspirations and ambitions. Rising from the sea at Bennelong Point, this spectacular architectural concept was conceived in 1957 when Danish architect Jorn Utzon won an international competition for the design of a performing arts center–not for an opera house. Somehow, the misnomer “Opera House” caught on.

Now that you have an idea of some places to visit and some things to do once you get there, pack up your bags and leave your inhibitions at home. Just go for it…have fun. Remember, stuff happens! Don’t wait for tomorrow…tomorrow may never come.