VALENTINES ARE PRETTY IN PINK

I claim there ain’t
Another
Saint

As great as Valentine.

Ogden Nash
Ahhhh, the color pink!  The color pink is symbolic of caring,
compassion and unconditional love.  This magical
melding of the colors red and white exudes a passion that puts stars in lovers’
eyes and links hearts together.  So, as
we pay tribute to Saint Valentine, why not sweep your love off to a romantic
pink palace, bathe in a sybaritic pink marble bathtub, or toast your love with
the ultimate classic pink drink.
Cupid
points his arrow at … 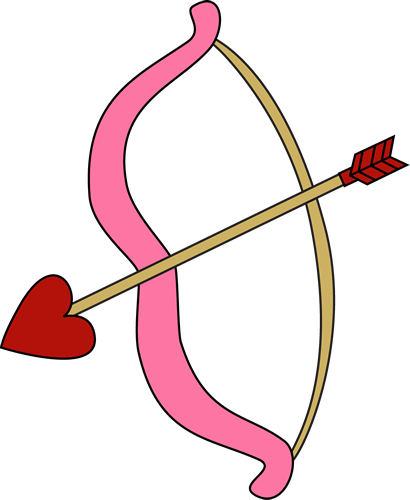 The Don CeSar Beach Resort & Spa is the crowning glory of
Florida’s Gulf Coast.  You’ll be tickled pink as you cross the causeway
and catch your first glimpse of “The Pink Palace” majestically poised
like a pink-iced wedding cake on the sandy shores of St. Pete Beach.
Affectionately dubbed “The Don”, this historic resort on the Gulf of Mexico
opened in the late 1920s as the playground for America’s coddled rich and
famous.  In the early 1920s, this castle-by-the-sea was but a
castle-in-the-air for Irishman Thomas Rowe who made his fortune in Florida real
estate.  The hotel’s pink exterior is reminiscent of the rosy lime and
mortar mixture Rowe observed as a child in Ireland.  The hot pink color,
known as “Don CeSar Rouge” is maintained partly to retain the Don’s
stature as an historic landmark in the National Register of Historic Places.

The Hamilton Princess Bermuda, the island’s first waterfront hotel and the island’s only
luxury urban resort, dates back to 1885.  Bermuda’s oldest hotel was named
in honor of Princess Louise, daughter of Queen Victoria, who is credited with
putting Bermuda on the map as a tourist destination.  This palatial “Pink
Palace”, the reigning Grande Dame of Bermuda hotels, has been the hotel
of choice for discriminating guests including Mark Twain, Ian Fleming, Winston
Churchill and Prince Charles.

La Valencia Hotel, in La Jolla California, is the jewel in adjacent San
Diego’s crown.  Known as “The Pink Lady,” this
Mediterranean style, oceanfront resort is the epitome of vintage coastal
luxury…a romantic, playful, and eternally enchanting rose colored gem.  No
trip to San Diego would be complete without a day spent in La Jolla.
La Jolla (pronounced la HOY-uh), meaning “the jewel” in Spanish, is a many-faceted,
picture-postcard jewel hugging seven miles of California coastline some 25
minutes north of San Diego.  Legendary sunsets are said to be a daily
occurrence.

Bubble bathing in Venice, Italy:  There are bubble baths, and there are bubble baths,
and then there is your one memorable bubble bath that can never be
forgotten.  For me that one memorable bubble bath was in a huge, round
pink marble bathtub at the Hotel Cipriani in Venice, Italy.  The tranquil
Hotel Cipriani, a romantic oasis set in the heart of the bustling city of
Venice, is more than a hotel.  It is a paradise of romantic fountains
encircled by enchanted gardens…the mysterious light of a lagoon…cerulean
waters…green lawns…white awnings and sea gulls. Not trendy or hip, the Cipriani
prefers to remain haute, not hot.

Toast your love with a sparkling
pink Bellini: You
can order a Bellini at almost any classic bar in the world.  But for the
quintessential, original ethereal concoction, do your sipping at Harry’s Bar in
Venice, Italy.  Harry’s Bar…the one and only original Harry’s Bar…is
not your ordinary watering hole.  It has been said that, in the legendary
city of Venice, more tourists ask directions to Harry’s Bar than to the Piazza
San Marco (St. Mark’s Square).