There’s Black Friday and Cyber Monday. There are flash sales and coupon sales…limited time sales and half price sales. The question is, who doesn’t love a good sale?

But the best deal of all 2019 was my Year-End Sail on Silversea’s Silver Whisper. Because the ship set sail the first week in December, the cost of the 14-day cruise was much less than it would be during the holiday season or in mid-January and February. Although the initial cruise fare for this ship, or any ship in Silversea’s luxury fleet, will be higher than the cost for a mid-range ship, the final cost proves to be that good deal we all seek. Why is it a good deal? Here’s why. Silversea does not nickel-and- dime it’s passengers for all the extras you must pay for on “less expensive” cruises. It prides itself in offering “All-Inclusive Exclusivity”. Whether you book the least expensive, or most expensive ocean-view suite (complete with Etro bathrobes, Pratesi linens, and Bulgari bath amenities), you will enjoy free-flowing champagne, premium wines, spirits and waters; gourmet cuisine; in-suite dining and snacks; a pampering butler; and all gratuities. 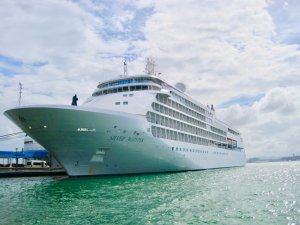 Silver Whisper sailed me, and 302 passengers from 16 countries, 2986 nautical miles round-trip from Ft. Lauderdale. A crew of 289, from 47 countries, catered to our every whim. Open-seating dining allowed us to dine when, where, and with whom we wanted. The 2-week year-end sail indulged passengers with some 35 pounds of Oscietra caviar and 600 pounds of lobster, washed down with the help of 690 bottles of French champagne. 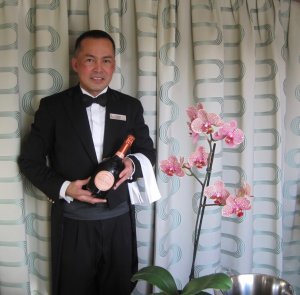 This laid-back Caribbean cruise cast its redemptive power on my body and soul. In 14 days languishing between sea and sky, I was treated to the unspoiled beauty of several off-the-beaten-track ports.

BEQUIA: As Silver Whisper approached this 7 by 2-mile island, the second-largest island in the Grenadines, I was totally smitten by its white sand crescent beach back-dropped by steep lush green mountains. Bequia, which means “island of the clouds” in ancient Arawak, is one of 32 islands that make up St. Vincent and the Grenadines. Time seems to stand still and life moves at a snail’s pace on Bequia (pronounced Bekway). This unfussy island exudes the feeling of the Caribbean from days gone by…days when life was slow and uncomplicated. The unspoiled Princess Margaret Beach, named in honor of Queen Elizabeth’s sister who visited the island in 1950, is a stone’s throw from the island’s capital Port Elizabeth. 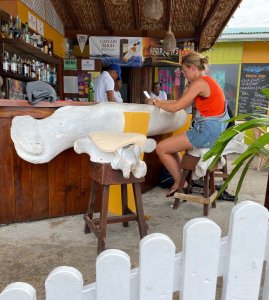 ST. KITTS: With its sister island Nevis, these Leeward Islands constitute a single country: the Federation of Saint Kitts and Nevis. St. Kitts was once known as the Gibraltar of the West Indies for its domination of 18th- century colonial battles. Christopher Columbus, taken by the island’s shimmering aqua-blue waters and rolling hills in a thousand shades of green, named the island St. Christopher after the patron saint of travelers. It was later shortened to St. Kitts.\ 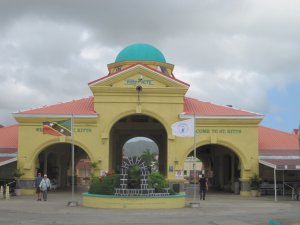 St. Kitts has its own brand of kicking back and relaxing. They call it limin’. You’ll know you’re limin’ when you’re soaking up the sun on Cockleshell Beach and putting your feet in the sand at a reggae beach bar while sipping the island’s classic drink…a Ting with a Sting. Ting is a sweet and tart Jamaican cola that gets mixed with the Sting…Wray & Nephew’s White Overproof Rum. Even the thousands of African vervet monkeys that inhabit the island go limin’. Those alcoholic monkeys perform for tourist dollars and roam the beaches waiting for vacationers to leave their drinks for them.drinks. 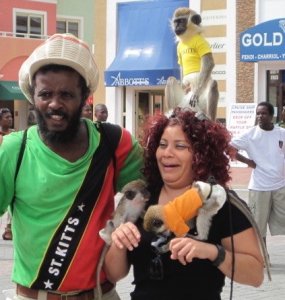 JOST VAN DYKE: The smallest of the four main islands of the British Virgin Islands (BVI), this 3-square mile island of Jost Van Dyke was named for an early Dutch settler and former pirate. The youthful population of this island soared from 140 people in the 1991 census to 298 in 2010. However, the island is a magnet for private boats and celebrity yachts that anchor in Great Harbour, one of the busiest ports in the BVI. 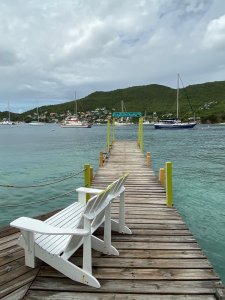 Bars in Great Harbour host a substantial number of guests year-round, but are filled to the brim with thousands of partiers on Halloween and New Years Eve (locally known as “Old Year’s Night”). White Bay, lined with rustic beach bars, is a very popular spot for boaters and tourists who can access the island by private boat, ferry service or small cruise ships. The Soggy Dollar Bar, one of island’s most popular hangouts, was appropriately named because when it was built there was neither road nor dock. It is a common practice for boaters to anchor off the beach, swim to shore, and pay for their drinks with wet money…hence the name Soggy Dollar. The bar is reputedly the birthplace of the classic Pusser’s Painkiller, a concoction of pineapple juice, orange juice, cream of coconut, and lots of Pusser’s Rum topped with grated fresh nutmeg. Guaranteed to kill the pain. 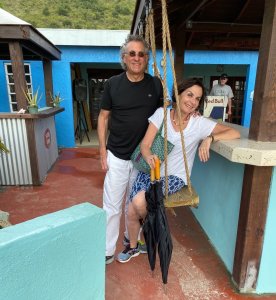 GRAND TURK: Grand Turk is an island in the Turks and Caicos Islands, located in the Atlantic between the Bahamas and the Dominican Republic. Grand Turk garnered a place in US Space history when Astronaut John Glenn orbited the earth in 1962 and his capsule touched down in the Atlantic Ocean east of the Turks and Caicos. After Glenn was picked up by the American destroyer USS Noa, his first step on dry land took place on Grand Turk. 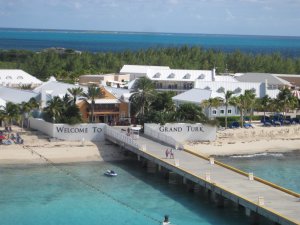 Cockburn Town has been the official capital of the Turks and Caicos since 1766. At first glance, a walk down Grand Turk’s historic Duke and Front Streets reveals a bunch of old buildings in need of paint and repair. On closer inspection, one is immersed in the history of the islands as you stroll along streets lined with 18th century buildings constructed from local limestone and timber salvaged from ships. Many believe that Grand Turk, a mere 7-miles long and 1-mile wide, was the first landfall of Columbus in the New World. As the oldest town in the Turks and Caicos, Cockburn Town definitely has the most character of all of the settlements in the country. No shops, no glitz, no fancy restaurants…just a glimpse at what was “the real Caribbean”. 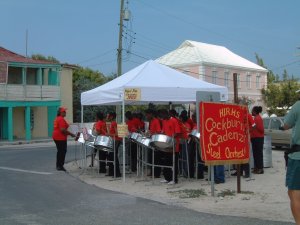 At the other end of the beachfront is a modern cruise center for cruise passengers who prefer to relax in umbrella shaded beach chairs on the powdery white sand beach, or horseback ride alongside the turquoise sea, or just unplug, unwind, and sip a margarita at Jimmy Buffett’s Margaritaville. The contrast between the opposite ends of Grand Turk’s beachfront is stunning. 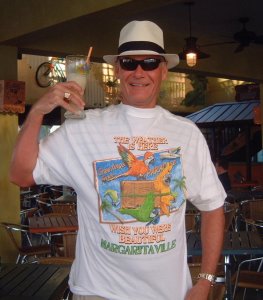 Janet Steinberg, winner of 47-travel writing awards, resides in Cincinnati but calls the world her home.

Once Before I Die: A Travel Writer's Bucket List
December 02, 2019
Prev Article
FT. LAUDERDALE: THE VENICE OF AMERICA
January 20, 2020
Next Article