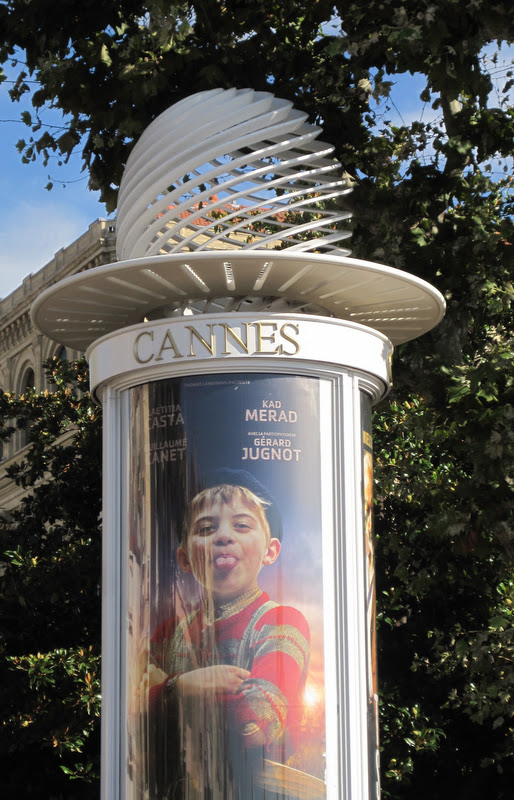 Welcome to Cannes, France
﻿
The French Riviera city of Cannes (pronounced Kahn) is probably best known for its annual Film Festival held each May in the Palais des Festival on the Promenade de la Croisette.   However, this thriving city is much more than movie stars, gigantic yachts, red carpets, and klieg lights.
Glorious weather, gorgeous sand beaches, an azure blue Mediterranean, great shopping, food, art, history, palatial hotels, and people watching, make up a perfect holiday palette.  My most recent 2-day stay in Cannes (thanks to an overnight stay during Crystal Serenity’s “Capitals of Art and Architecture Cruise”) consisted of three elements: a tour…a beach…and an island. 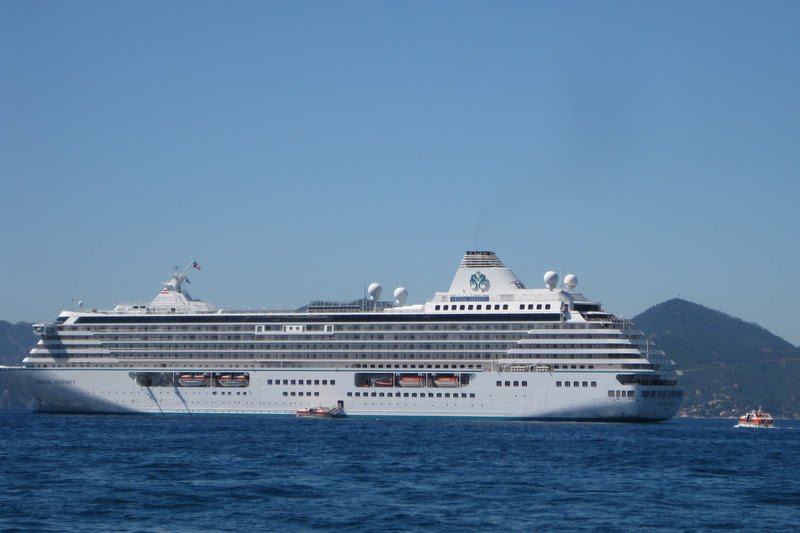 Crystal Serenity anchored in Cannes, France.
THE TOUR: A little train tour begins at the Palais des Festival with its famous stairway and its handprints of the Stars on the Esplanade Georges Pompidou.   The tour follows in the footsteps of the greatest international film stars and the most famous personalities in the world who strolled along La Croisette. 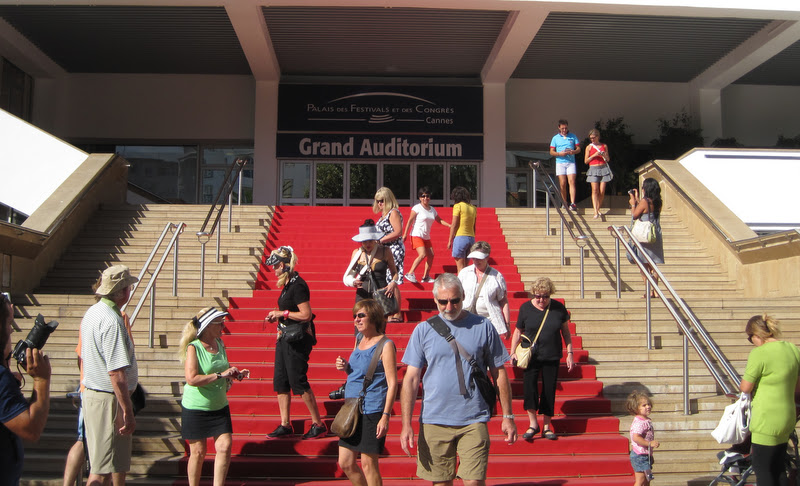 The red carpet at the Palais des Festival

Janet Steinberg is an award winning travel writer and Independent travel consultant for
The Travel Authority.

The Croisette Train Tour can also be combined with a History Tour that will take you back in time through landscapes with many tales to tell and sites to see…including the Forville Provencal Market and the medieval old town of Le Suquet with its viewpoint, La Castre, overlooking the whole city.