FT. LAUDERDALE: THE VENICE OF AMERICA

Ft. Lauderdale, “The Venice of America”, contains 300 miles of inland waterways…rivers, bays, canals and inlets. Whereas the Atlantic Ocean is the front door to this city, whose approximate 40,000 boats earned it the title of “Yachting Capital of the World”, the Intracoastal Waterway is its back door.  The beautiful New River, lined with sleek yachts, is its mid-section.

Where’s the beach?  On any given day you can see it. Seven miles of whispery white sand beaches strung out along the Atlantic coastline.  On any given night you can hear it…a disco beat on a turntable or a reggae beat pulsating from the nightspots that line the beach.Catapulted to international fame by the movie “Where the Boys Are” and “Where the Boys Are ’84”, this Southeastern Florida town soon became the annual Spring Break haven for hundreds of thousands of college students.  Although Ft. Lauderdale had its ups and downs with the bronzing and boozing college crowd, it still remains one of the nations most popular destinations, not only for Spring Break revelers, but also for year-round vacationers. 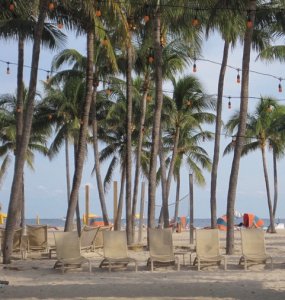 Shhhhh!  If you promise not to tell anyone (so we can keep this hidden gem for ourselves) I‘ll let you in on a two-word secret. LAGO MAR.  Lago Mar, a bastion of traditional hospitality, is the quintessential Fort Lauderdale beach resort of years gone by.  Its list of awards is both lengthy and enviable.  The Banks family, three generations of hoteliers who have privately owned and operated Lago Mar for over fifty years, consistently serves up a hotel experience that is the ‘perfect’ in perfection.  But first, let’s get one thing straight.  The understated, unpretentious Lago Mar is nothing like…and has nothing to do with…the glitzy ritzy Mar-a-Lago in Palm Beach. 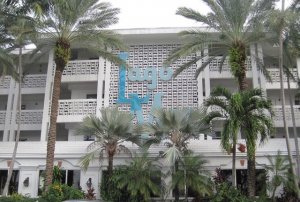 One of the best oceanfront resorts in Fort Lauderdale, Lago Mar has a private beach, complete with umbrellas, towels, and optional cabanas. The hotel also offers fitness facilities, tennis and lush gardens on the property, an oversized chess game on the sand, distinctive dining at Acquario Restaurant and a spa renowned for its unique blend of contemporary European elegance and commitment to age-old spa traditions.  I was especially intrigued by one unique treatment offered at The Spa…the 75-minute Anti-Aging Caviar Facial that lavishes the skin with pure caviar and a blend of extracts.  Although I didn’t have time to try it on my recent visit, I might give it whirl on my next stay.  If it doesn’t improve my wrinkles, elasticity and texture as promised, who knows, I might just spoon it onto a cracker. 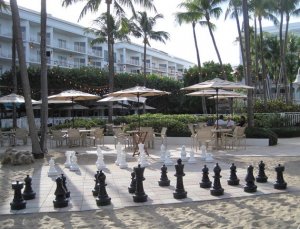 CHESS ON THE SAND

Tucked away on approximately 10 acres of lush gardens in the Harbor Beach area of Ft. Lauderdale, Lago Mar is minutes away from the New River and Port Everglades.  If you aren’t boarding a cruise ship at Port Everglades, you can always opt for a mini-cruise on the Jungle Queen, a Lauderdale attraction that has been operating since 1935.  The 90-minute, narrated sightseeing cruise sails the New River through Millionaire’s Row showcasing spectacular mega-yachts and homes of the rich and famous.  The cruise operates from the Bahia Mar Yachting Center, 1.5 miles from Lago Mar.  If a cruise on The Jungle Queen isn’t exciting enough, you can zoom across the shallow murky waters of the Everglades on an air-propelled, flat-bottomed airboat.  It’s one of the best ways to see alligators in Florida. 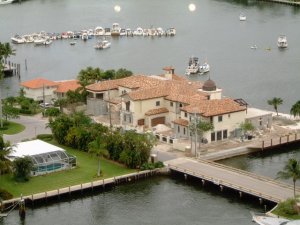 CRUISE BY MILLIONAIRES ROW ON THE JUNGLE QUEEN

Although Ft. Lauderdale is a city of sea, sand and surf, landlubbers can also find plenty to do.  Greater Ft. Lauderdale has 63 golf courses, hundreds of tennis courts, over 4,000 restaurants, 132 nightclubs, 16 museums and 12 shopping malls.  A word to the wise: Plan the drive to your destination of choice by first checking out the drawbridge schedules.  The delay of a bridge opening can make you late for a tee time or dinner reservation. 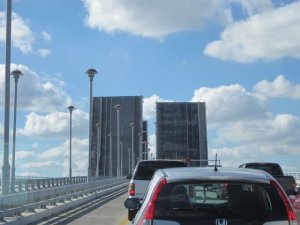 If you’re tired of being ‘malled’ to death, then stroll Las Olas Boulevard one of the most famous shopping promenades in America.  Las Olas (which means ‘the waves’) exudes the sophistication of Fifth Avenue, the excitement of Rodeo Drive, the energy of Michigan Avenue, and the charm of New Orleans’ French Quarter.  It has been affectionately dubbed “The Via Veneto of Ft. Lauderdale”.

Las Olas, the original connecting artery between the oceanfront and the mainland, looks the way a tropical boulevard should look.  Palm trees fringe gas-lit streets and shade trees march down its middle.  There are arches, courtyards, a clock tower and cafes that spill out onto the street.  Little has changed since the 1920 boom days of Florida architect Addison Mizner.  There are no supermarkets, no unsightly parking lots and no department stores within the boundaries of the “real Las Olas”.  The potpourri of fine specialty shops seems to meld into what might be called one big Las Olas department store. 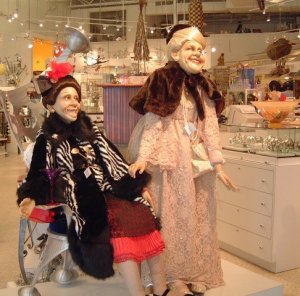