SO MUCH TO SEA: CANADA,THE MARITIMES, AND MORE

April 28, 2011 | by Caroline Gordon
CRYSTAL SYMPHONY ORCHESTRATES THE QUINTESSENTIAL ANNIVERSARY CRUISE!
By Janet Steinberg
At the 22nd minute past the 22nd hour of the 22nd day of October, my husband and I raised our glasses in celebration of our 22nd wedding anniversary. 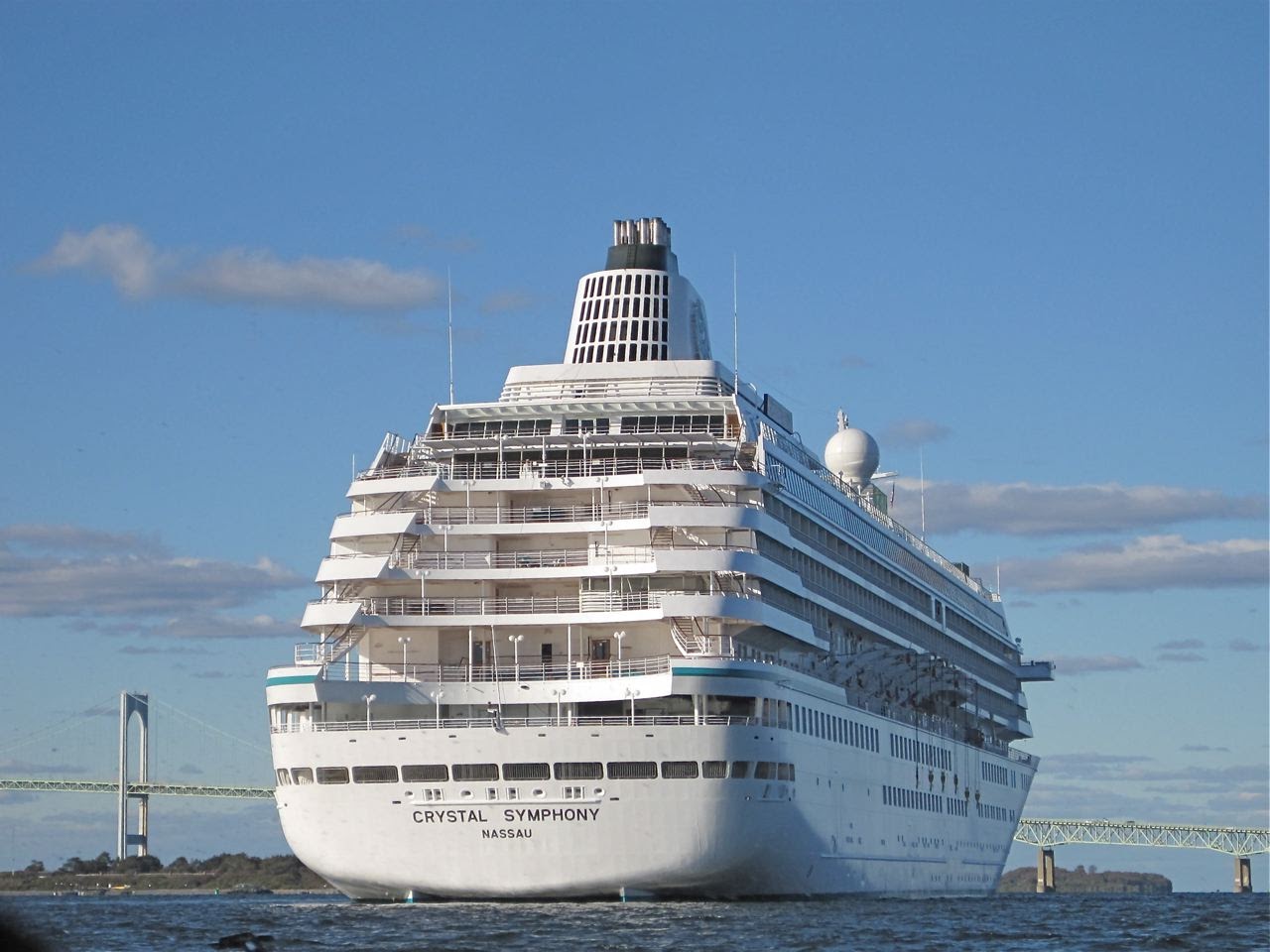 The ultra-luxe Crystal Symphony
With a decadent anniversary cake presented at our dinner…three close friends at our side…and a reach-out-and-touch-me view of Montreal at our fingertips…the celebration began.
Docked on the majestic St. Lawrence River, we were eagerly awaiting the beauty, history, and culture surrounding this vast waterway.  For the next 11 days, Crystal Symphony was to sail us 2,087 nautical miles from Montreal and Quebec City, to the Canadian Maritimes of Nova Scotia and New Brunswick.  From there it was on to Portland, Maine; Boston, Massachusetts; Newport, Rhode Island…ultimately disembarking in New York City.
But wait, I’m getting ahead of myself. As we embarked on the ship, white-gloved waiters greeted us with Champagne flutes in hand.  All the while, pianist Joe Foss tickled the ivories on the crystal piano in the Crystal Cove. 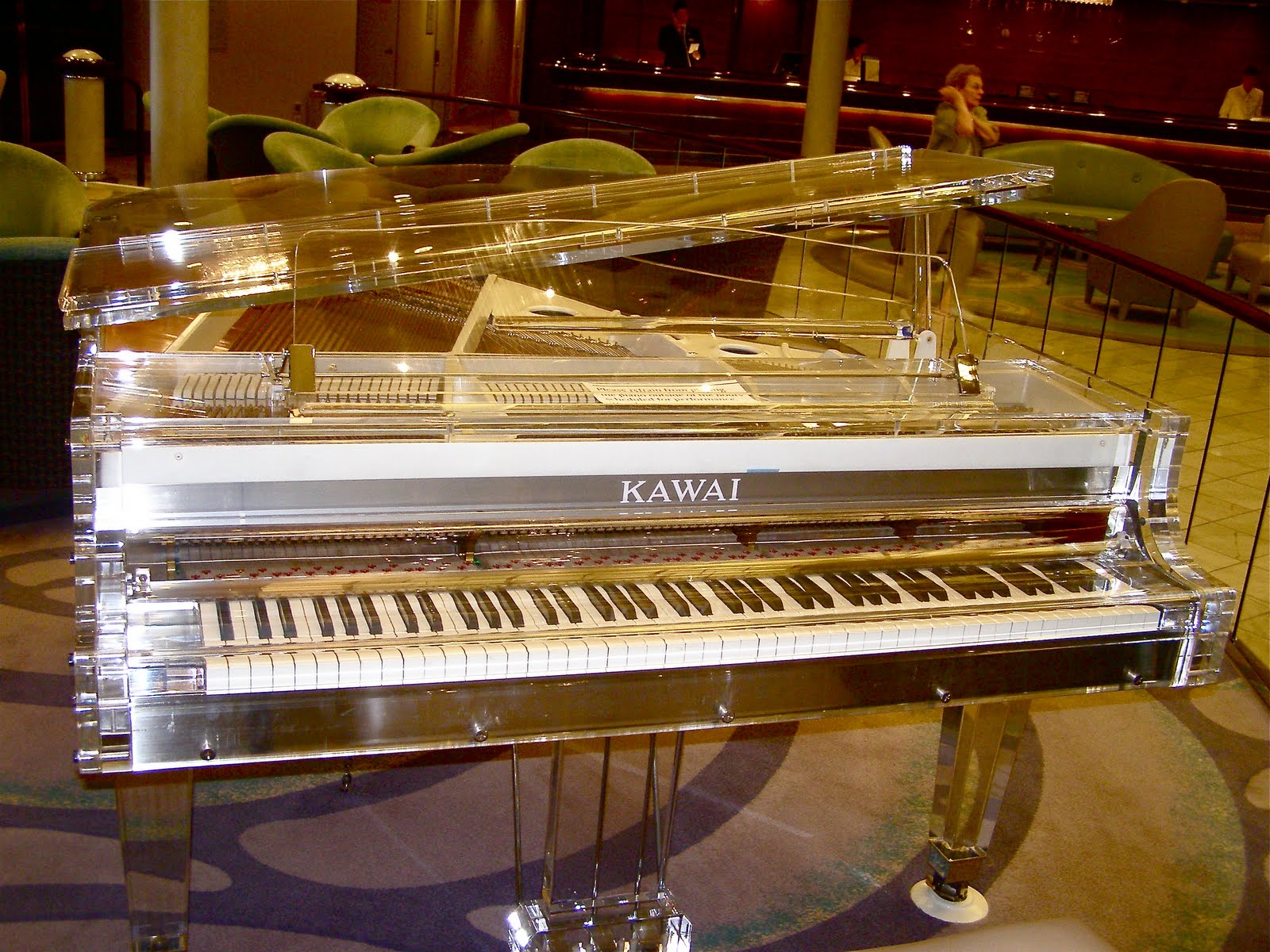 Crystal Piano in Crystal Symphony’s Crystal Cove
From that moment on there was little wonder why, for an unprecedented 17th year, the readers of Condé Nast Traveler magazine voted Crystal Cruises the “Best Large-Ship Cruise Line” for 2010.  Crystal holds the distinction of having won the award more than any other cruise line, hotel, or resort in history. Additionally, the readers of Travel + Leisure magazine once again voted Crystal the “World’s Best Large-Ship Cruise Line” for a record 15th consecutive year.
The 922-guest, 51,000-ton CRYSTAL SYMPHONY is among the most spacious and luxurious vessels cruising in the upscale market.  This elegant floating hotel, with expansive decks, features first-class entertainment in grand lounges; a lavish spa; state-of-the-art exercise facilities; swimming pools; the popular Computer University@Sea®; great shopping; the Crystal Casino with a variety of gaming tables and over 200 slot machines; and complimentary golf, yoga, and Pilates instruction. With the aid of the innovative WALKVEST, Crystal passengers can even “Walk-on-Water”.
As an innovator in the luxury travel realm, Crystal now offers its guests sophisticated options, including a Priority Check-in and Planning Center. Crystal has also initiated its Perfect Choice Dining plan with Open Dining by Reservation–a complement to the line’s classic main and late seating options.
This new flexible evening dining option allows you to choose when you dine, on a day-to-day basis. Seated in the ship’s main Crystal Dining Room, you will still order from the same dinner menu, and enjoy the same impeccable Crystal service.
In addition to the elegant Crystal Dining Room, the ship has 9 food venues including Silk Road where you will enjoy the world-renowned cuisine of master chef Nobu Matsuhsia. Nobu-trained sushi chefs create eye-appealing and delicious delicacies at The Sushi Bar.  In Prego, you will enjoy cuisine inspired by the regions of Italy.

And, if you happen to be traveling alone, a reservation at Crystal Symphony’s innovative “Table for Eight” provides you with the opportunity to dine at a community table in one of the above specialty restaurants.  Additionally, afternoon tea in the Palm Court is a “veddy,veddy” civilized custom.  The Mozart-themed tea-time is memorable. 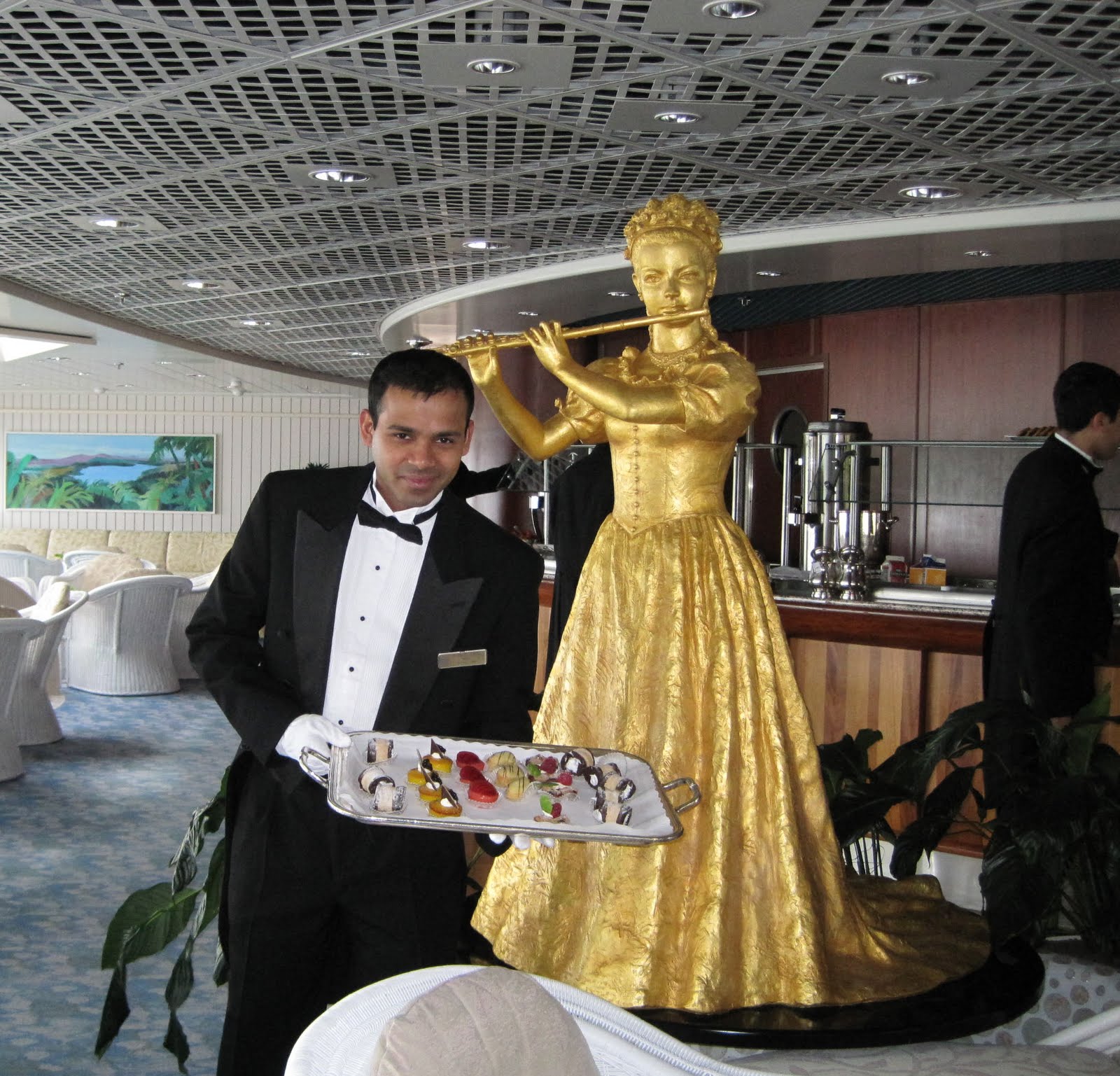 Throughout the cruise, 580 passengers (from 25 countries) and I indulged ourselves with 30 pounds of caviar. We also drank our share of the 220 bottles of champagne that had their corks popped during our cruise,
We overnighted on the ship while she was docked in Montreal.  The next day, the ship remained in port and allowed us to explore that glorious city.  Montreal is the second-largest city in Canada and the largest city in the province of Quebec. It is the second-largest, French- speaking city in the world.

At 8 AM the following morning, we arrived at Quebec City, a World Heritage gem overlooking the St. Lawrence River.  This irresistibly charming city magically melds together the best of Europe and North America.

Following two days cruising the St. Lawrence River and the Gulf of St. Lawrence, we arrived at Halifax, the cosmopolitan capital city of Nova Scotia. Time does not stand still in this friendly city, thanks to the stately round clock situated at the base of Citadel Hill. This historic timepiece was an 1803 gift of Prince Edward, Duke of Kent and son of King George III. 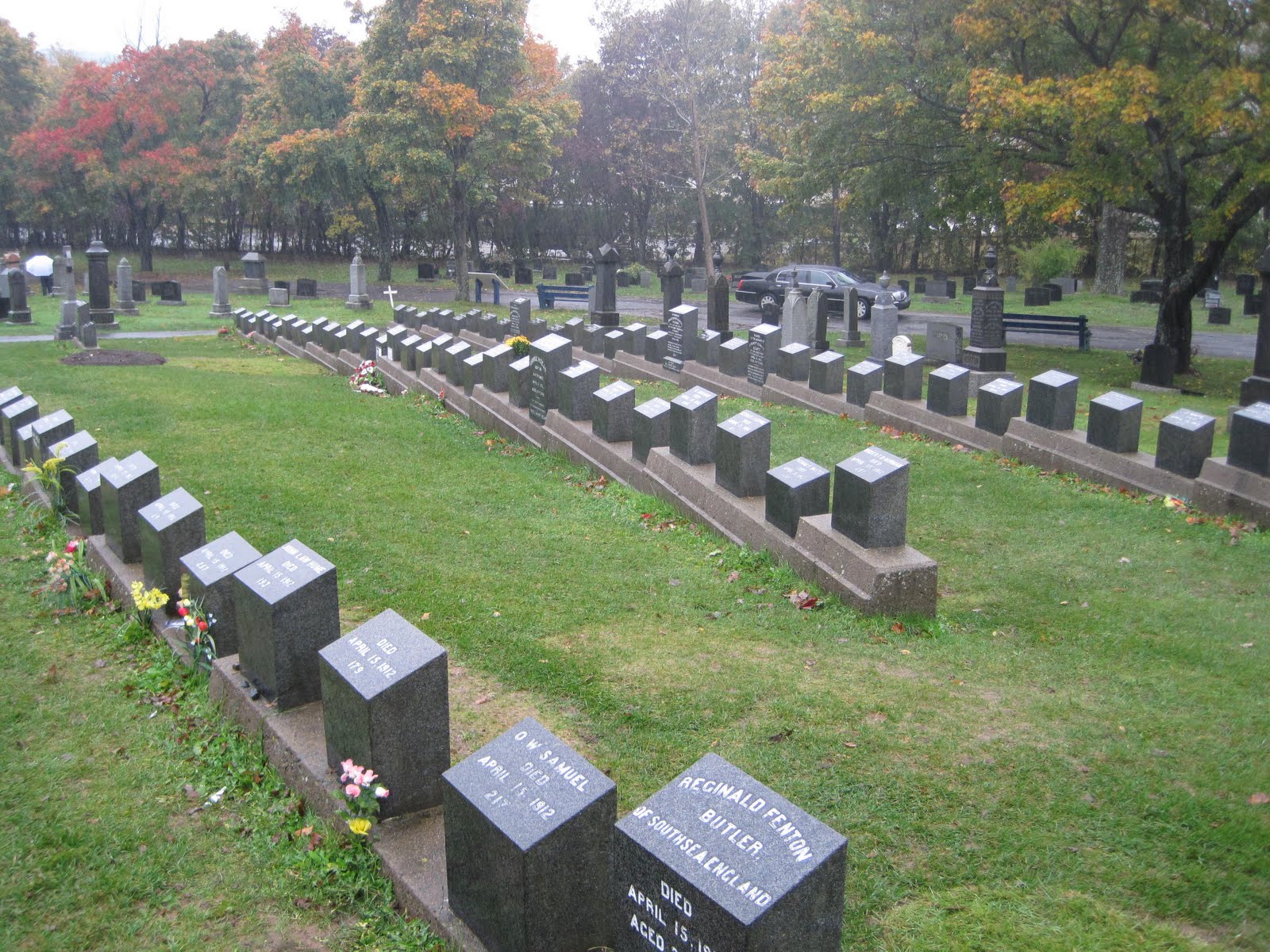 150 victims of the Titanic are buried in Halifax, Nova Scotia

Saint John, New Brunswick, our next port of call, is located on Atlantic Canada’s Bay of Fundy at the mouth of the St. John River.  Authentic British, double-decker buses have been brought to Saint John, offering hop-on, hop-off, bus tours. Those Big Pink Buses partnered with the Canadian Breast Cancer Foundation and money from each ticket sold goes back to the Breast Cancer Association. 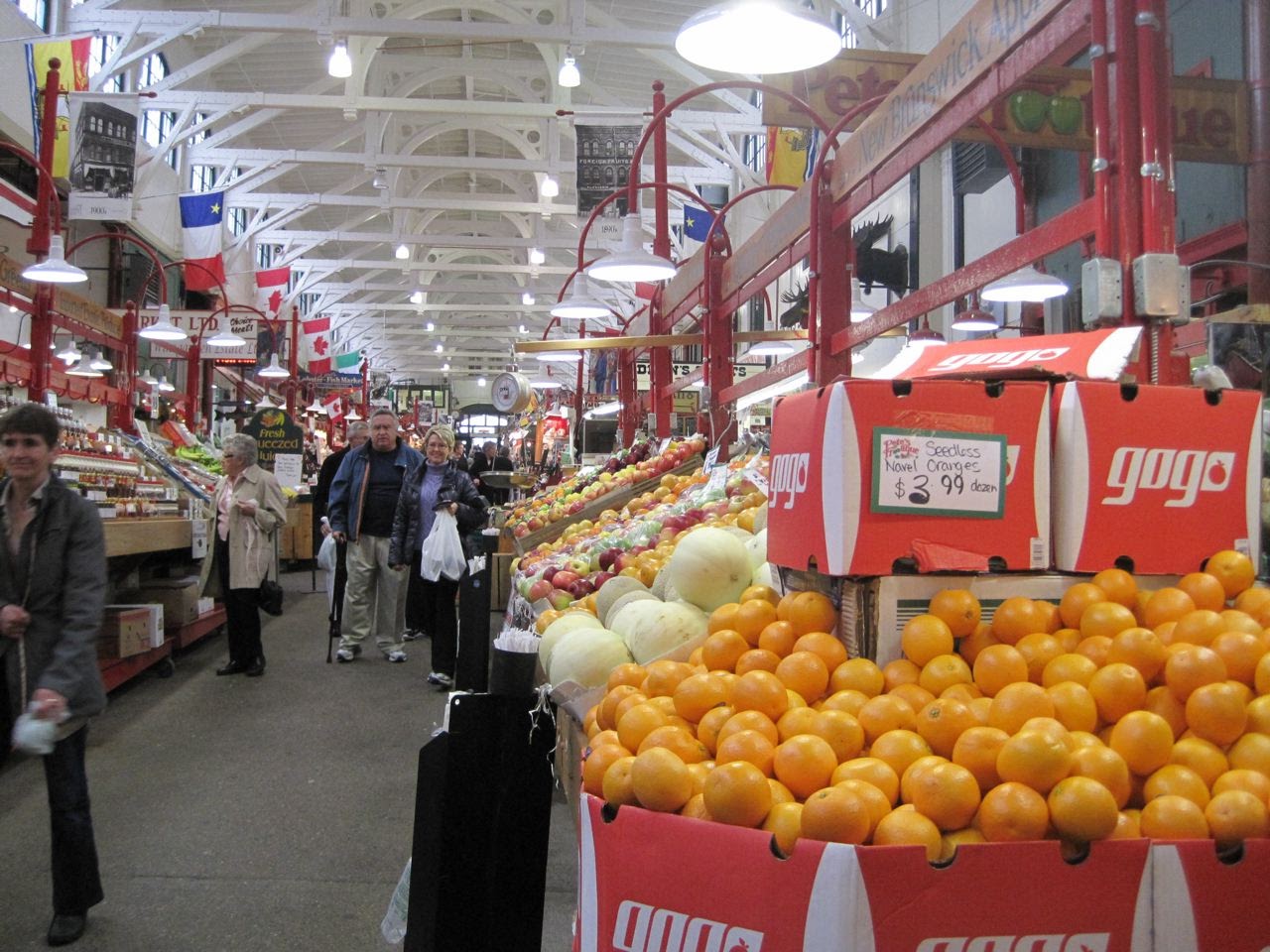 Our next port of call was Boston, the home of baked beans, swan boats, and amphibious Duck Tours.  It is also home to the New England Holocaust Memorial.  The six luminous, 54-foot tall, glass towers of this striking memorial is etched with six million numbers in memory of the Jews who perished in the Holocaust,

Rhode Island, a city that pays homage to the past as it celebrates the present, was our last port of call.  Newport is a beautifully preserved walking-city with an architectural tapestry dating back to the 17th century. It is the city where George Washington visited the Touro Synagogue, the oldest synagogue in the United States and the only one that survives from the Colonial era.
Day 11, the day we were to disembark in New York City, was the most beautiful day, but also the saddest because our cruise was about to be over. Passengers arose in the early morning hours to be on deck for the thrill of sailing past that 124-year old Lady with the Torch, proudly holding her arm to the skies as she sat majestically on her pedestal in New York Harbor.  They could almost hear her muttering those words of Emma Lazarus.  “Give me your tired, your poor, your huddled masses yearning to breathe free.. 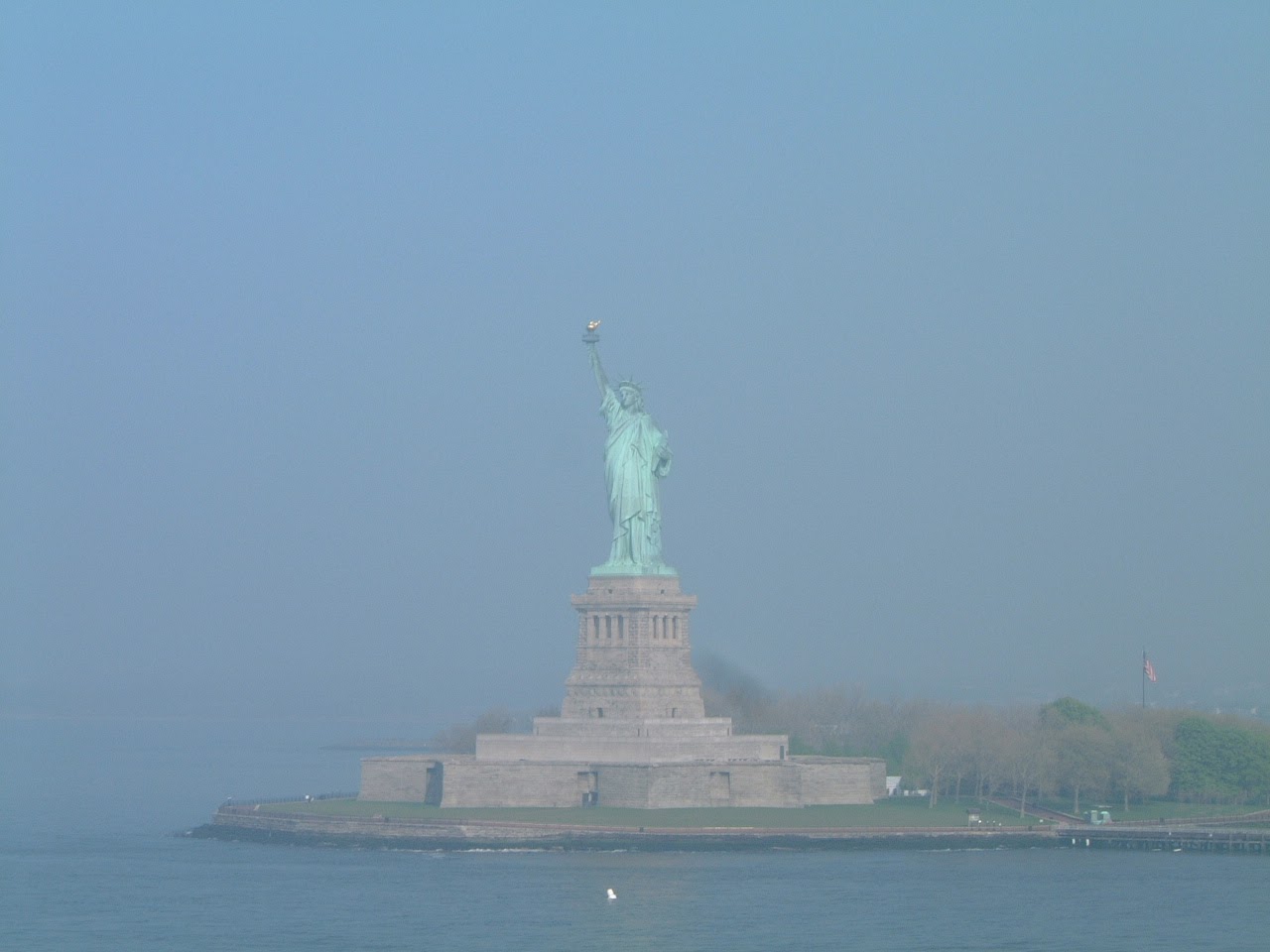 Early morning mist enshrouds the Statue of Liberty
And then, there it was–that iconic skyline of New York City.  For 11 glorious days and nights I had a ball.  But the inevitable reared its ugly head and I felt like Cinderella. My Crystal Ball was over.  But then, I need only to start planning for my next one.
Crystal Cruises