Buenos Aires to Santiago: The Longest Distance Between Two Points

After two glorious days in Buenos Aires, we boarded Silversea’s Silver Whisper for the 3902-nautical mile voyage to Santiago.  Directly due west of Buenos Aires, a short flight could have taken us to Santiago in a few hours.
However, opting for the long way home, Silver Whisper’s 16-day itinerary unfurled a wondrous world for us in the Southern Hemisphere.  Join me on that voyage as I take you to each port stop along the way. 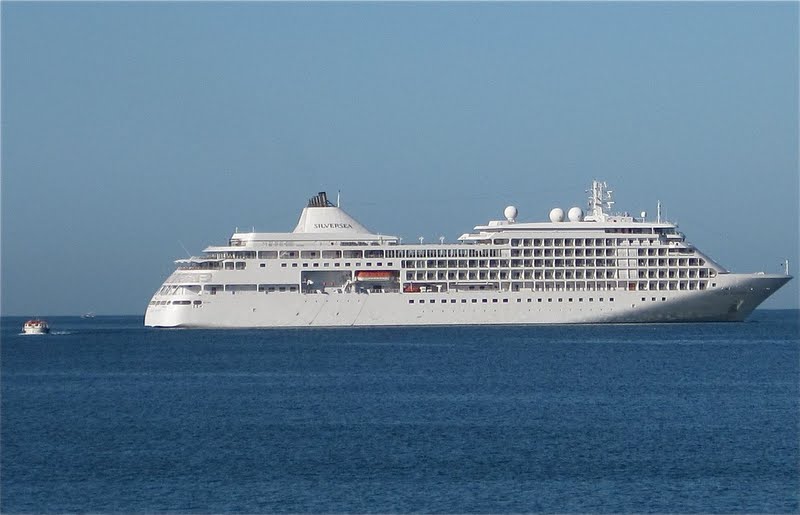 Silver Whisper in Punta del Este
PUNTA DEL ESTE, URUGUAY:  Sailing 176-nautical miles from Buenos Aires, we arrived at Punta del Este, South America’s jet-set resort.  Silversea Chronicles, the newsletter delivered daily to our Silver Whisper stateroom”, accurately described Punta as “Part Hamptons, part Cote d’Azur, part South Beach (with a dash of Las “Vegas tossed in for good measure…”
The 10,500 winter population of this once sleepy fishing village soars to over
1-million people during their Southern Hemisphere summer months of December through March.
Punta’s Ralli Museum, along with four more of these private institutions (2 in Israel, 1 in Chile and Spain), houses the most compete collection in the world of Latin-American art by living artists as well as that of such masters as Botero and Dali.
Casapueblo is a surreal whitewashed hotel and museum that, like Gaudi’s Sagrada Familia in Barcelona, is a continuous work in progress.  Begun in 1968, its creator Carlos Paez Viaro called this architectural wonder a “habitable sculpture”. 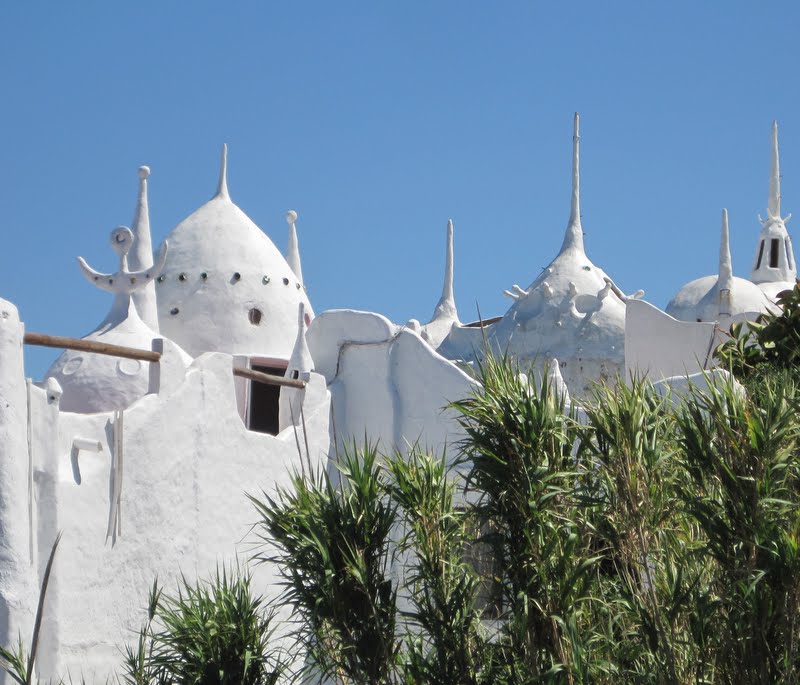 Casapueblo is a surreal whitewashed “habitable sculpture”
MONTEVIDEO, URUGUAY: In Montevideo, 63-nautical miles from Punta, we followed the “Knish Trail”.  Silver Whisper’s “Montevideo Sights & Jewish Heritage Tour” took us to the Old Town where Jewish immigrants settled in the late-19th and early-20th centuries.  We saw Golda Meir Square, the Hebraica-Maccabi Sports Centre, and visited the Sephardic Tehilat-David Synagogue.
The highlight of the tour was a visit to the poignant Holocaust Memorial, the only one of its kind in South America.  A somber rail track cuts across a grassy plain that leads to the rocky banks of the Rio de la Plata.  The memorial also incorporates a broken wall, symbolic of the broken people; two Bridges of Doubt; a Wall of Bereavement; and tomb-like red granite slabs inscribed with quotes from Elie Wiesel (“Let sadness be accompanied by hope”) and Maimonides (“Choose always life and righteousness because choice is in your hands”).  The Memorial, inaugurated on November 10, 1994 has been declared a national historic landmark. 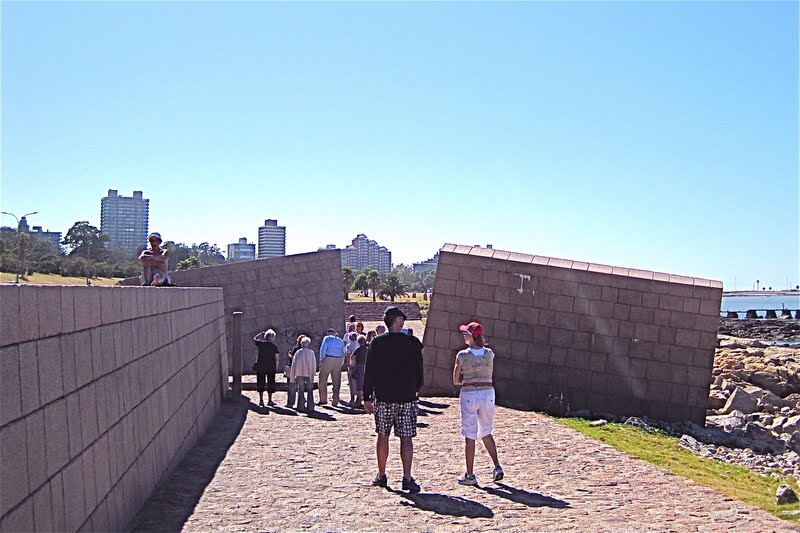 Montevideo’s poignant Holocaust Memorial
PUERTO MADRYN, ARGENTINA: A leisurely day at sea was spent aboard the Silver Whisper as we sailed the 710-nautical miles to Puerto Madryn, the access point for Patagonia.  Our half-day Silversea outing began with a visit to the Eco Centre, an interpretation center that encourages respect for Mother Nature, exhibits her hazards, and educates how to protect her.   From there it was on to Punta Loma where, from a rocky cliff top location, we were able to view a colony of sea wolves below.
The highlight of this shore excursion was a visit to Estancia San Guillermo, a traditional Patagonian sheep farm.  Domesticated guanacos (South American animals that look like, and are related to, domesticated llamas and alpacas) roamed the grounds and greeted us at the doorway as we entered to watch the fascinating process of sheep shearing.   Following the entertaining demonstration, we were served the typical Argentine mate tea with homemade pastries. 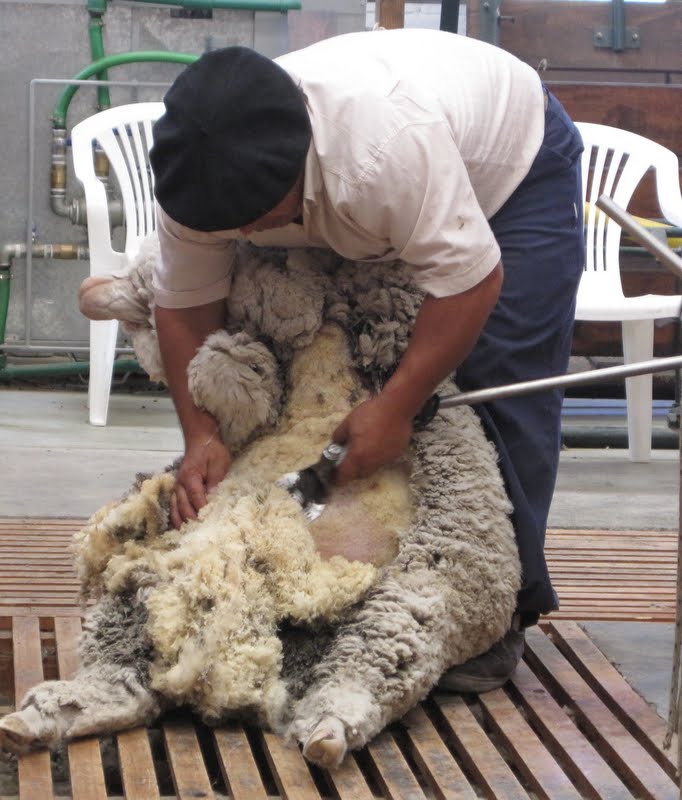