Buenos Aires to Santiago: The Longest Distance Between Two Points

PORT STANLEY, FALKLAND ISLANDS: As the Silver Whisper approached Stanley Harbour (632-nautical miles from Puerto Madryn) we observed tin-roofed homes perched on hillsides and uncultivated treeless moors sweeping down toward Golfo Nuevo Bay.
Stanley Harbour is one of the world’s largest graveyards for ancient ships including the 19th century Lady Elizabeth that lies partially beached on Whale Bone Cove.  On the outskirts of Stanley there are still fenced-in areas that contain unexploded mines left from the 1982 conflict with Argentina.
Our city tour commencing at the Public Jetty included an informative drive through the center of town, a visit to Britannia House Museum, and a small whaling display in Mike Butcher’s Yard. 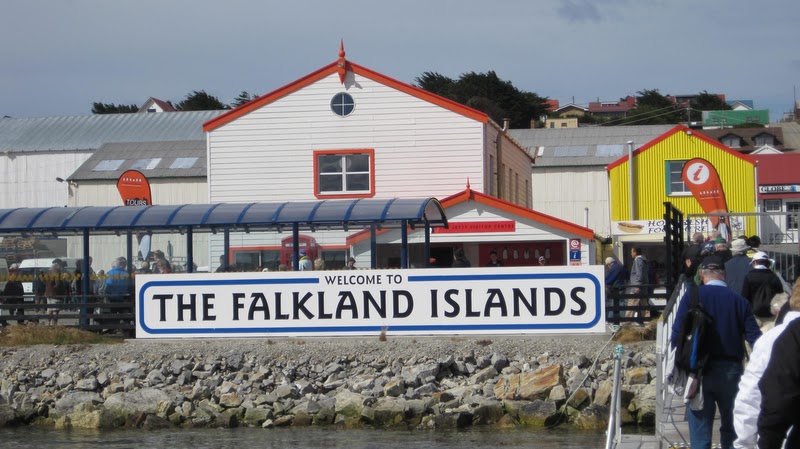 Port Stanley, Falkland Islands
PUNTA ARENAS, CHILE:  Having sailed 535-nautical miles, from The Falklands through the Strait of Magellan, we arrived in Punta Arenas for a 2-day visit, including an overnight aboard the Silver Whisper.
Day one’s city tour was highlighted by a visit to the 1906 Braun-Menendez Mansion and a stroll through the meticulously manicured Sara Braun Municipal Cemetery featuring avenues lined with verdant wind-breaking cypress trees and splendid mausoleums.  A stop was also made at the Jose Nogueira Hotel for a treat of pisco sours and empanadas.
Day two found us driving 40-miles northwest through the Patagonian countryside, home to guanacos, sheep, and rheas (South American ostriches), to the Otway Penguin Rookery.  Here we were delightfully amused by a colony of Magellanic penguins as they waddled from their sandy burrows to the seashore.
﻿ 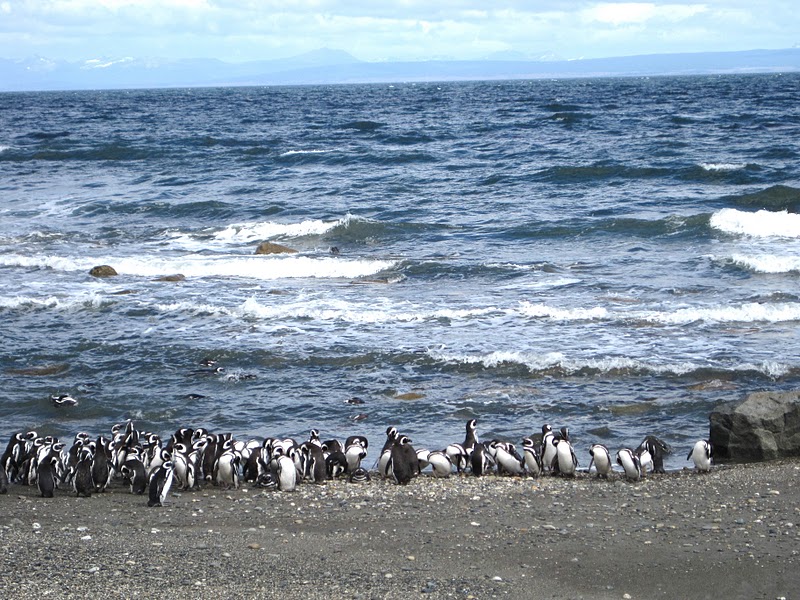 Otway Penguin Rookery
LAGUNA SAN RAFAEL, CHILE: After cruising 785-nautical miles from Punta Arena through the Chilean Fjords, Silver Whisper anchored at Paso Quesahuen where we boarded a chartered catamaran that would sail us (on a complimentary Silversea shore excursion) to one of the most breathtaking sites in South America.
This magical outing to the Laguna San Rafael Glacier was a kaleidoscope of the stunning artistry of Mother Nature.  This awesome wall of ice was a brilliant spectacle played out in hues of blue and white.  The thundering chunks of ice that calved into the lake might well have been crystal sculptures by Lalique, or a pate de verre gem executed by Daum Crystal.  Magnifico! 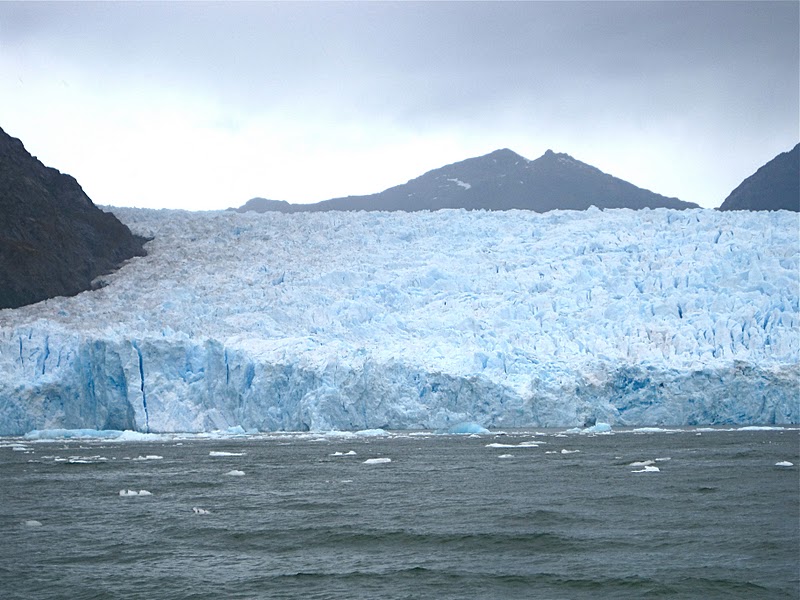 Laguna San Rafael
PUERTO CHACABUCO, CHILE:  The 93-nautical mile sail from Laguna Rafael to Puerto Chacabuco gave us time to relax and contemplate the rare beauty we had just witnessed.  A picturesque drive through the Simpson Valley and a stop in the town of Coyhaique was certainly anti-climactic to the sights of the previous day.  However Laguna San Rafael Glacier was a hard act to follow.  Coyhaique, calling itself “the capital of Patagonia”, is said to have more than 50% of the region’s population.  Coyhaique’s population is a whopping 50,000 people. 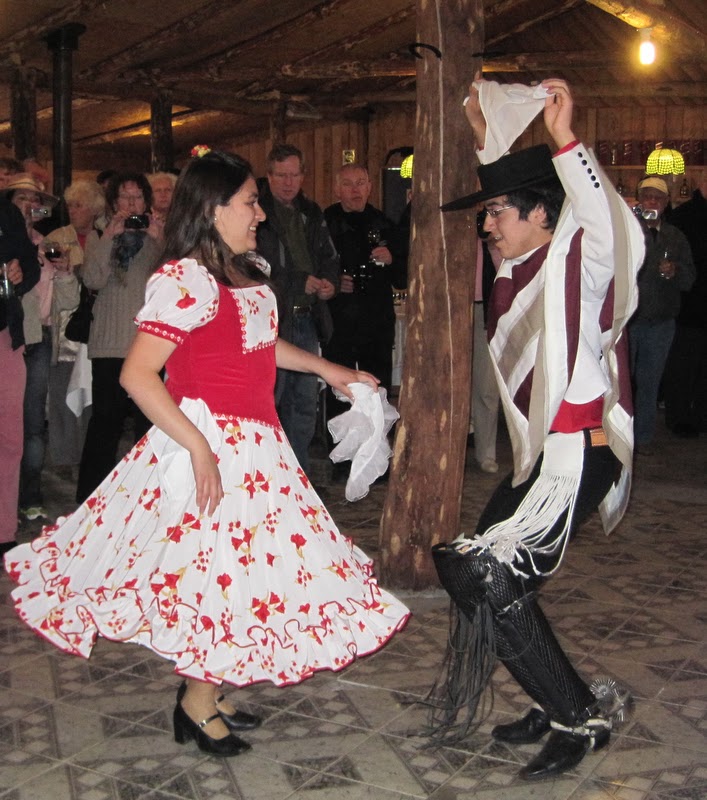 Chilean dancers entertain Silver Whisper passengers on shore excursion
﻿
PUERTO MONTT, CHILE: Another 279-nautical miles brought us to Puerto Montt, founded in 1853 by German settlers.  After a brief tour of the city, our Silversea shore excursion headed to the town of Puerto Varas where the ship’s shopoholics indulged themselves with purchases of lapis lazuli jewelry.  Nearby, Lake Llanquihue is the largest natural lake in Chile and the third-largest in South America.
On the west side of Lake Llanquihue, we visited Frutillar, a charming German-style village.  Here we visited the Colonial Aleman Museum and strolled the lovely town resplendent in its summer hydrangeas and roses.  In the old German ‘delikatessen’ one could assuage one’s taste buds with homemade ‘kuchen tortas”. 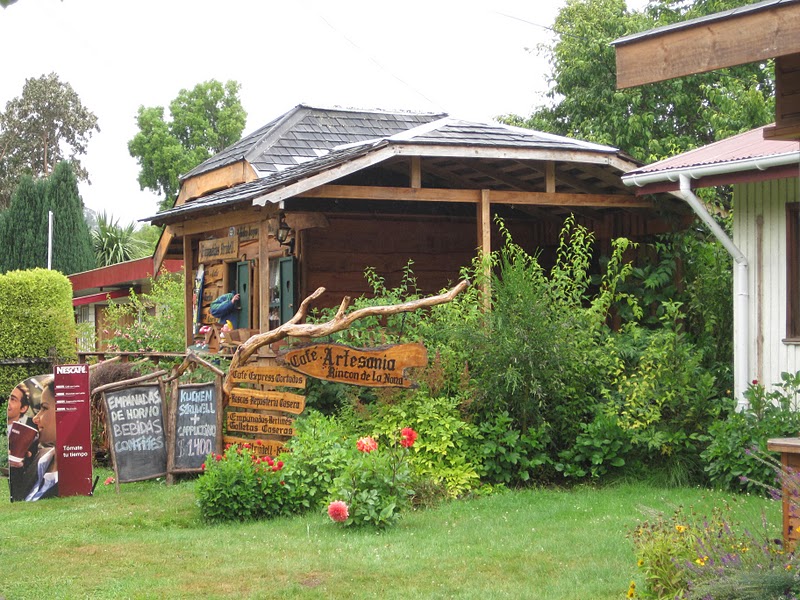 Frutillar, a charming German-style village
VALPARAISO, CHILE: Only 629-nautical miles remained on our fabulous Silver Whisper cruise that was taking us to the Chilean port city of Valparaiso.  From there, were transferred to Santiago.
Adios!  See you next column in Santiago.
JANET STEINBERG is an award-winning Travel Writer, International Travel Consultant with The Travel Authority in Mariemont, and winner of 38 national Travel Writing Awards.

Buenos Aires to Santiago: The Longest Distance Between Two Points
September 12, 2011
Prev Article
SUCH FUN!!!! The Joy of Doing Nothing
October 03, 2011
Next Article