“There’s a small hotel, with a wishing well, I wish that we were there together…”

Rodgers and Hart 1936
﻿by Janet Steinberg
﻿
I surely don’t remember that song when Richard Rodgers and Lorenz Hart wrote it in 1936. But, at the risk of dating myself, I do remember it when Ella Fitzgerald and Frank Sinatra crooned it from the late 1950s into eternity.

Since then, I’ve spent many a night in small hotels, but I’m still looking for that wishing well.  Wishing well aside, some of those small hotels I’ve experienced have been awesome. Come along with me to visit some of Europe’s best.

Nimb Hotel (Copenhagen,): Denmark Hans Christian Anderson could not have imagined what would await him if he traveled back to his ‘Wonderful, Wonderful Copenhagen’ in 2009.  With deep pockets, he might have been lucky enough to snare one of the 13 rooms in this Moorish-style, palatial accommodation known as the Nimb Hotel.  One enters the Nimb across the street from the Central Railway Station.  Step out the opposite side, and you’ll find yourself in that Danish fairyland known as Tivoli Gardens. From the comfort of your room, with its open fire and huge bathroom with freestanding tub, you can look out on Tivoli Gardens where some 270 million people have strolled since its founding in 1843.  But don’t worry about the noise factor from Tivoli Gardens.  Aglow with tiny lights on its white marble façade, the Nimb Hotel has airport-standard triple-glazed windows. The Nimb’s Restaurant Herman might well be Copenhagen’s hottest (and most expensive) eatery. 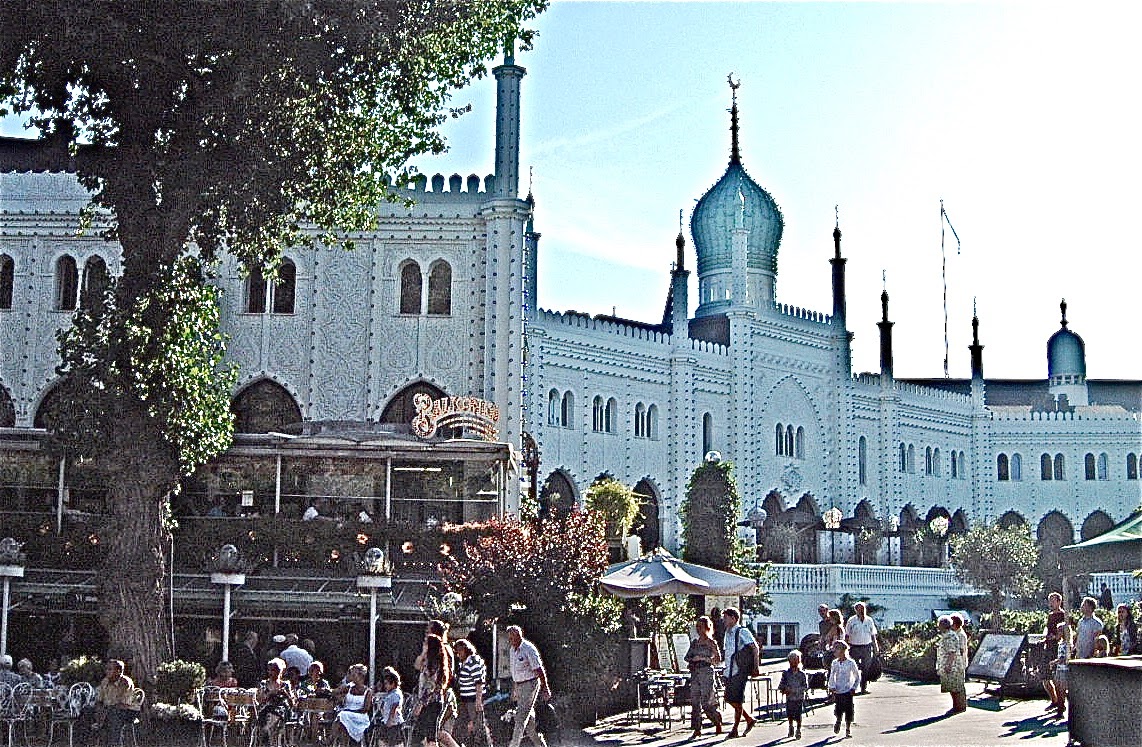 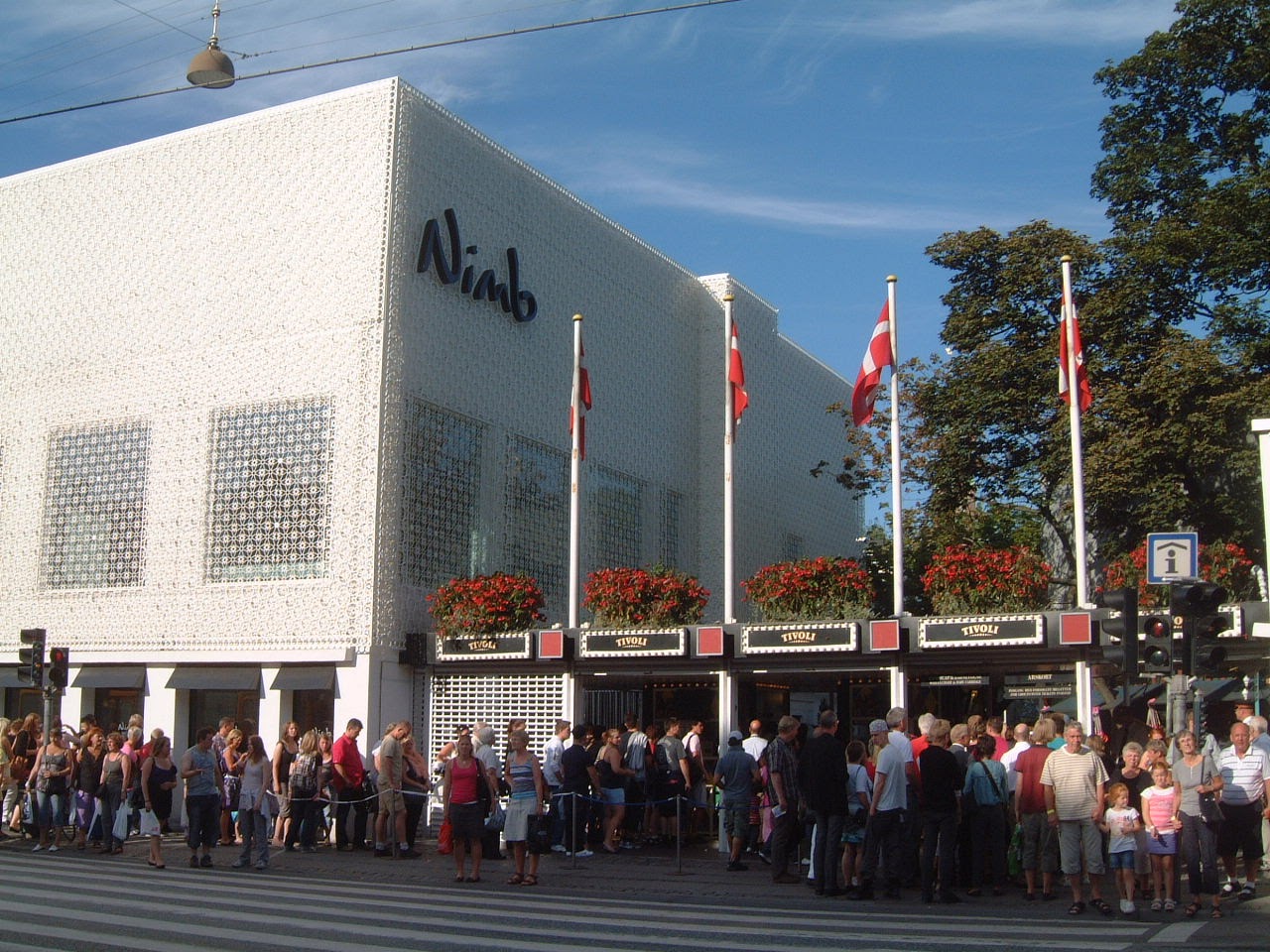 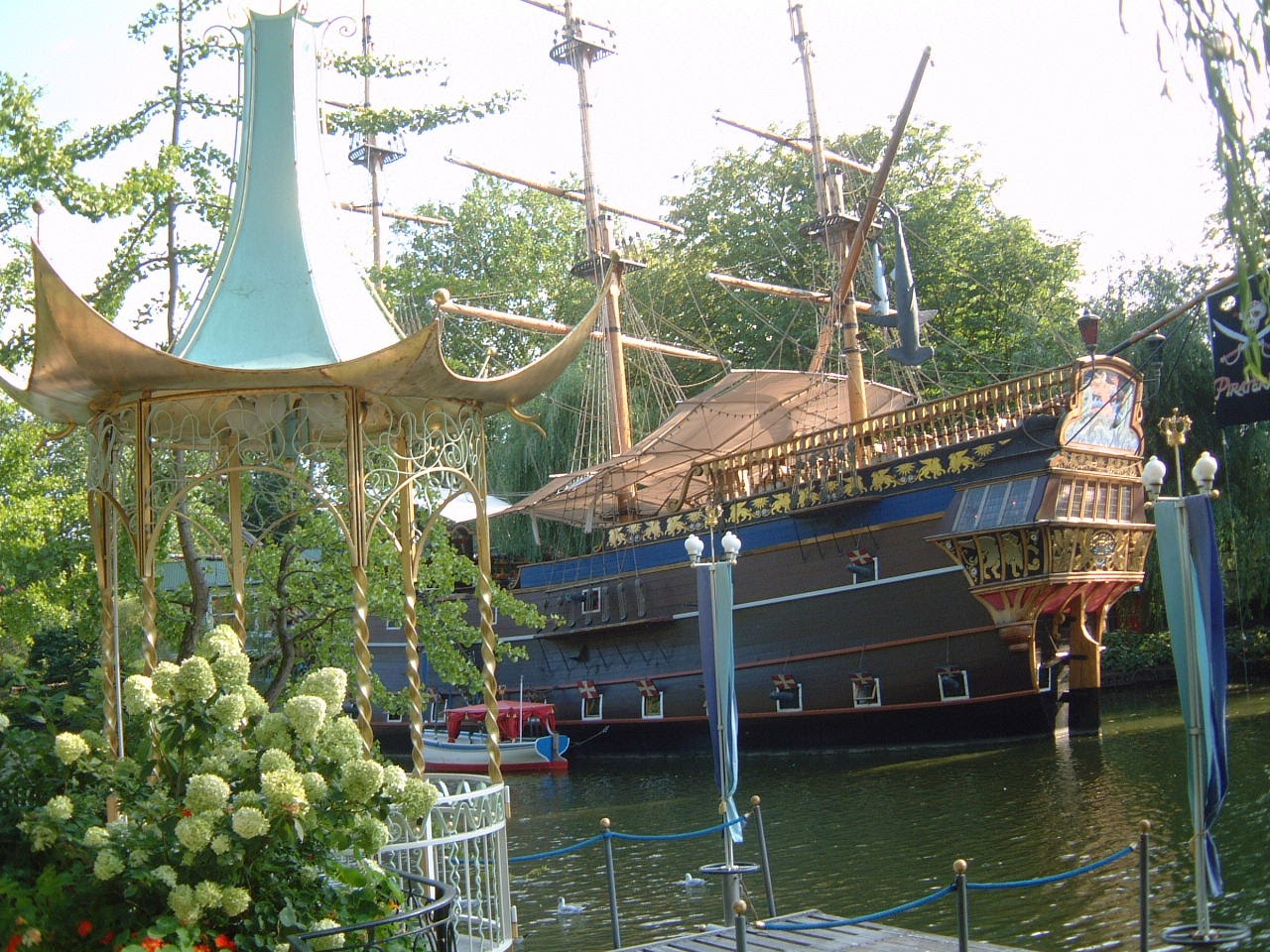 Hotel Le Saint-Paul (Saint-Paul-de-Vence, France): This charming 16th century hostelry, wedged between other medieval buildings in the heart of the tiny village, has served as a hospital, a church, a clandestine meeting place, and a private home, in its former lives. Located fifteen minutes from the Nice airport, between Cannes and Monaco, the 4-star Le Saint-Paul is perched in the sky of the Cote d’ Azur.   It is an enchanting spot at the foot of the ramparts of St. Paul De Vence.  (Be advised: Don’t try to drive within the winding, narrow walls of the town.  It’s Stressville.)  Blessed with an absolutely perfect Indian Summer day in October, we enjoyed a Le Saint-Paul Restaurant lunch on its flower-decked terrace sheltered by the ramparts of Saint-Paul.  Chef Ludovic Puzenat proposed a delectable lunch, laced with decidedly Mediterranean flavors. Little wonder that the restaurant has already received its first Michelin Star. 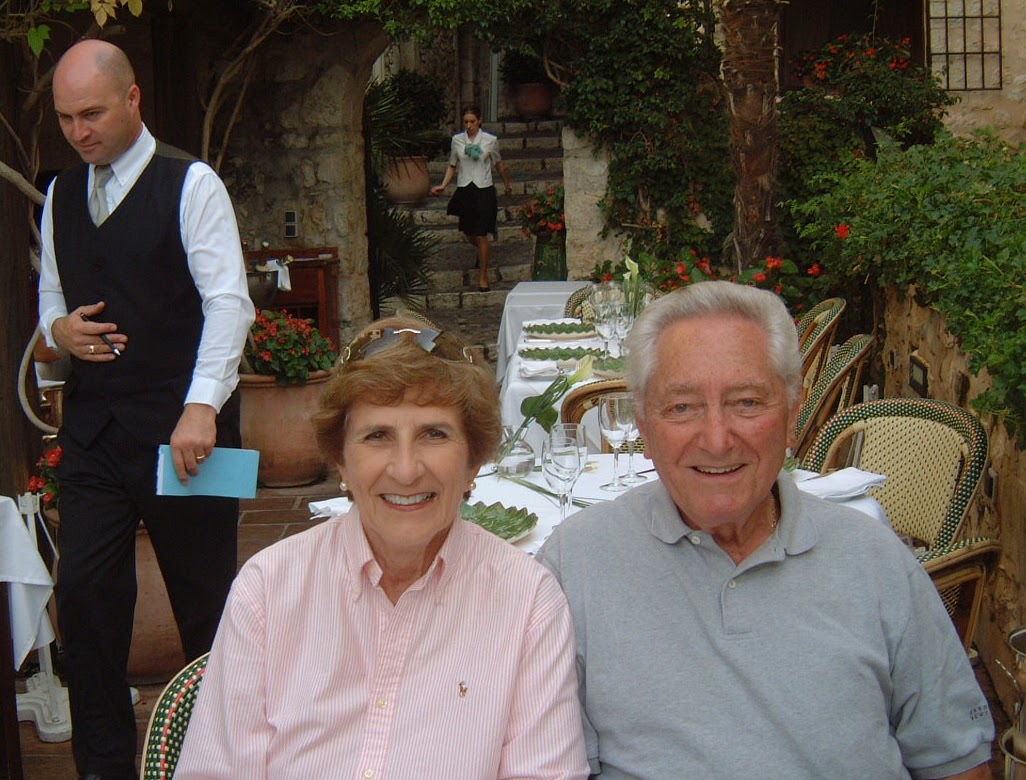 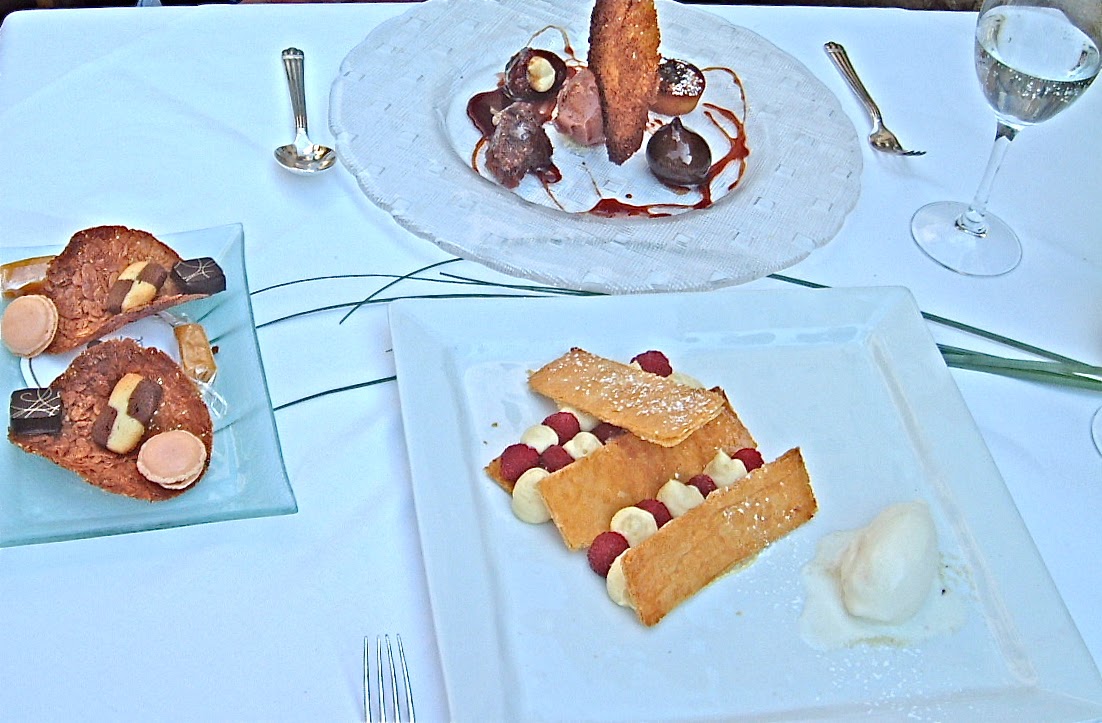 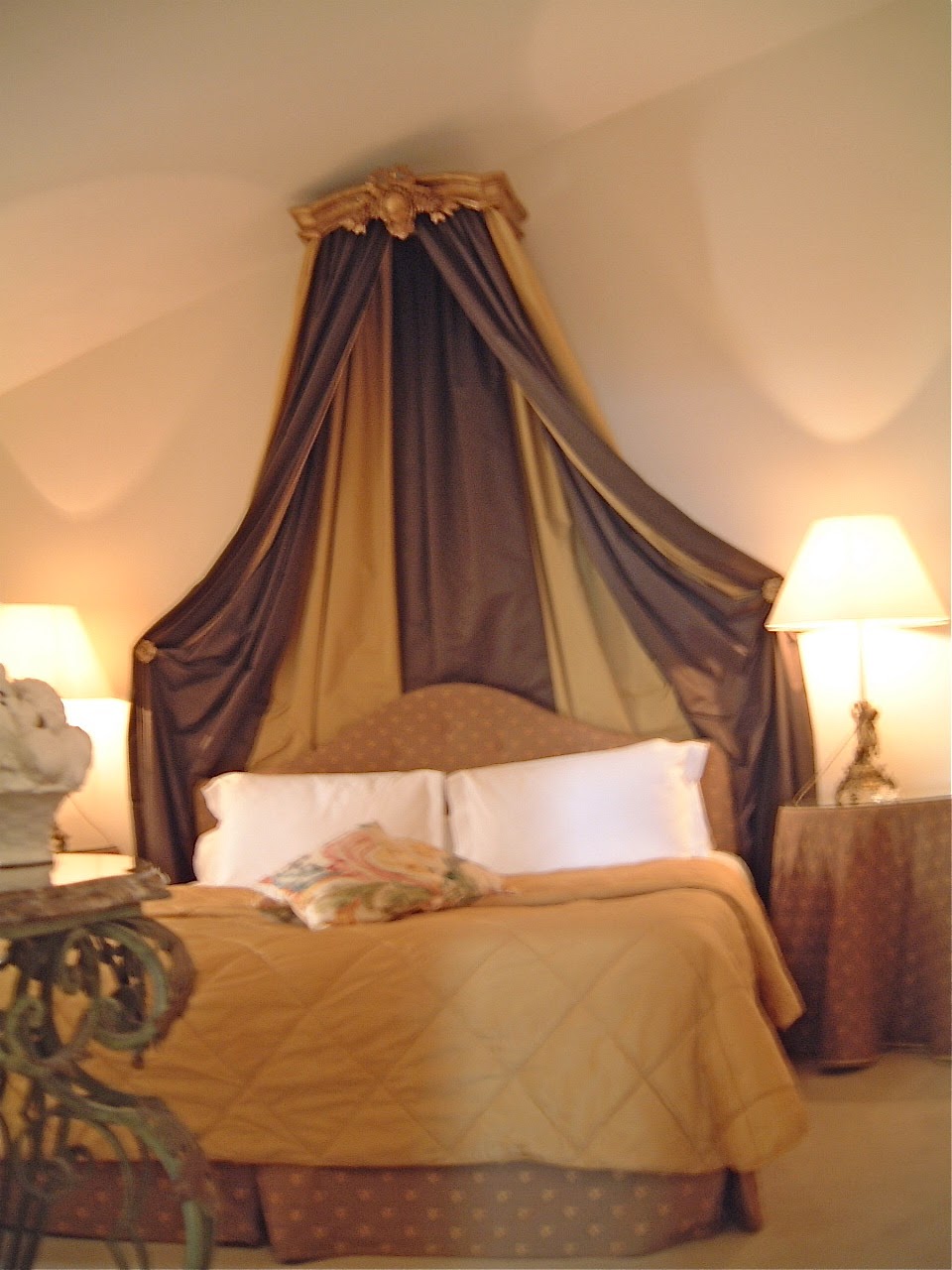 Palazzo Vendramin (Venice, Italy):  The restored 15th century Palazzo Vendramin, linked to the Hotel Cipriani through an ancient courtyard and flowered loggia, offers a sense of privacy and luxury that I have never before experienced anywhere in the world. Four minutes by private launch from Piazza San Marco, on the tip of the tranquil Giudecca Island, the Palazzo Vendramin is a synonym for the dolce vita, Venetian style. The Palazzo is a way of life, an island apart, in every sense. It involves all the senses that make a stay unforgettable. I rang for my butler to bring afternoon tea, and pushed a button that opened a tabletop from which a TV slowly rose. Travel doesn’t get much better than that.  With a view to be seen nowhere else in the world, the Palazzo Vendramin is the Royal Box in the theater known as Venice. Little wonder that the 16 rooms or suites in the Palazzo are sought after by the world’s rich and famous. 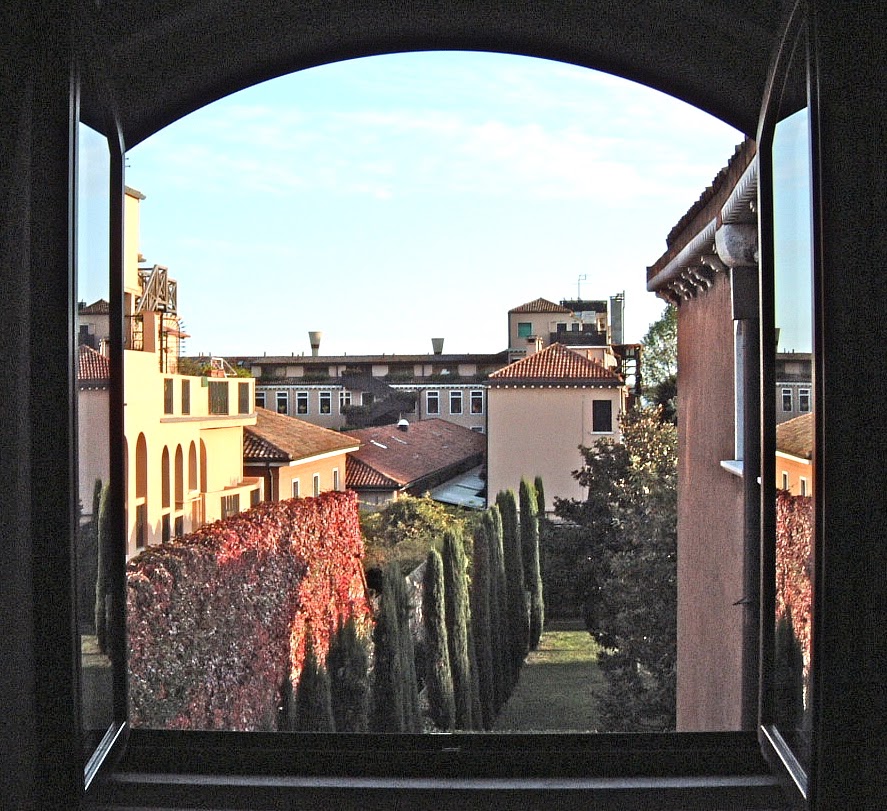 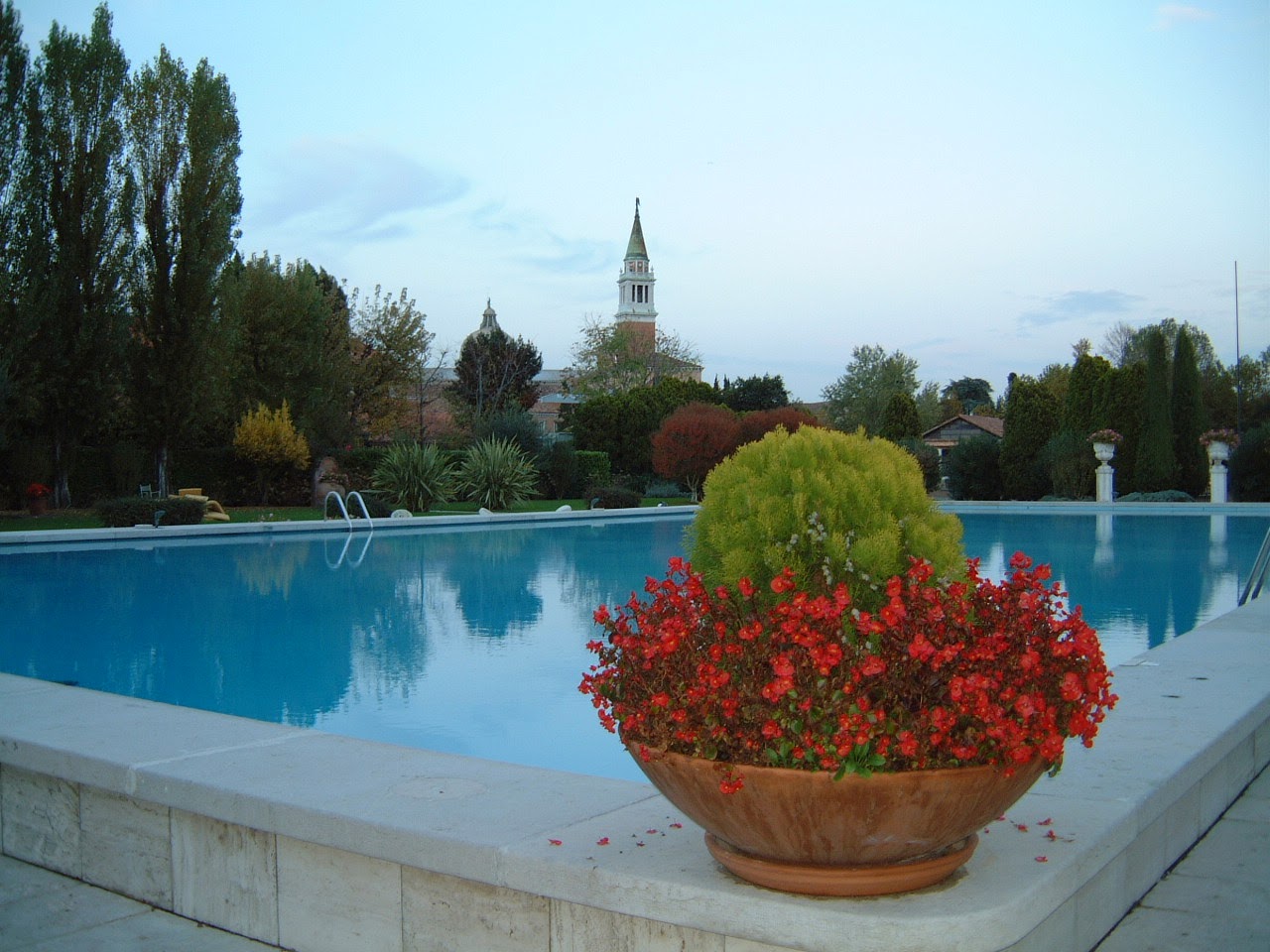 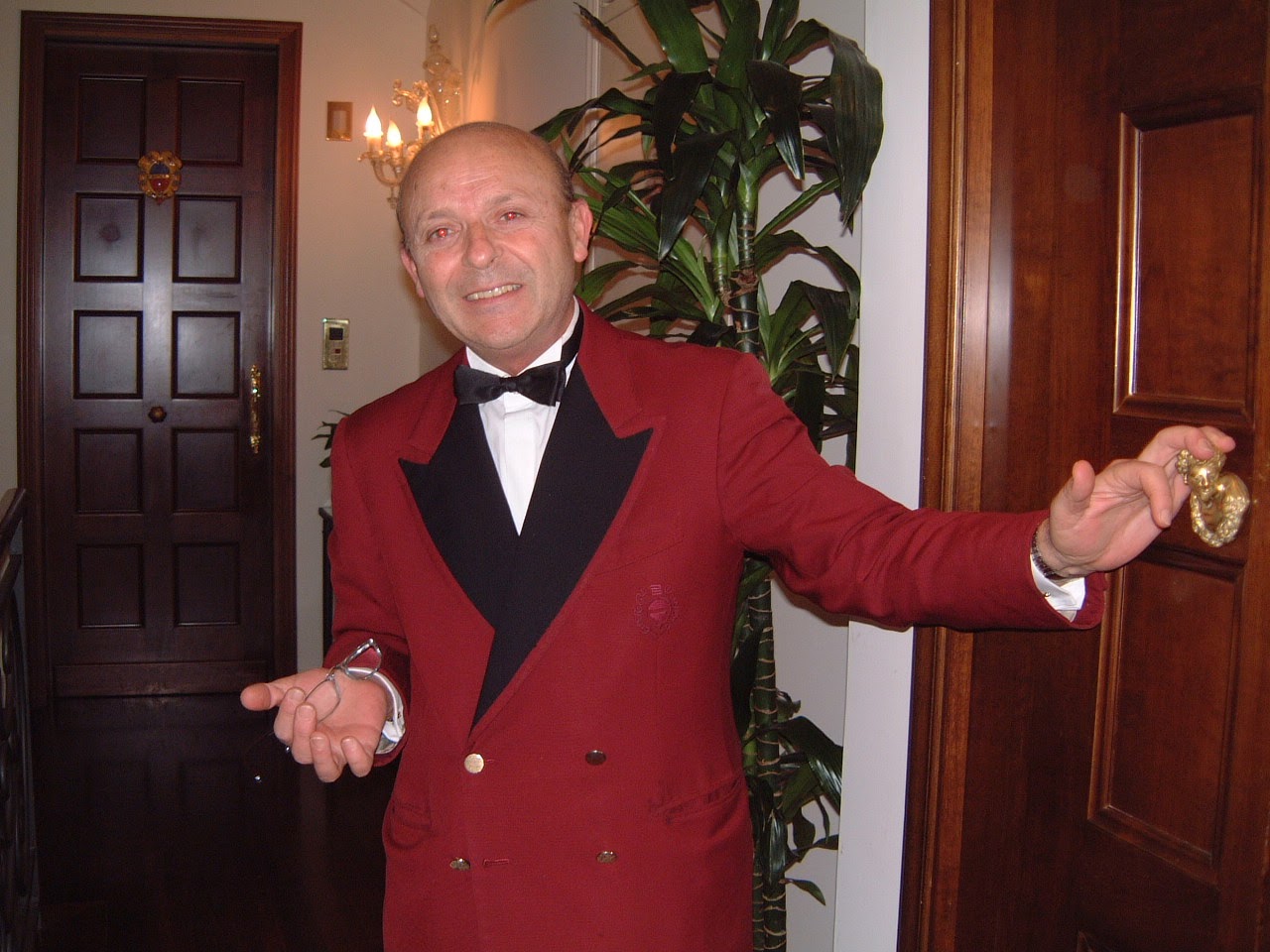 Palazzo Vendramin Butler – Venice, Italy
Hotel Lord Byron (Rome,): Italy A few steps from the luxurious Villa Borghese, and a stroll in the park from Piazza di Spagna, the exclusive Hotel Lord Byron provides the best of both worlds.  Once a patrician villa, this small 5-Star hotel is close to the bustling Eternal City‘s main attractions. The Spanish Steps and Trevi Fountain are within 15 minutes walking distance from the hotel.  A limousine service is available and pleased to bring you anywhere you desire. Yet it lends the opportunity to relax in a most placid private environment in the exclusive Parioli quarter of Rome.  This charming 1930s Art Deco-style hotel radiates warmth and intimacy. 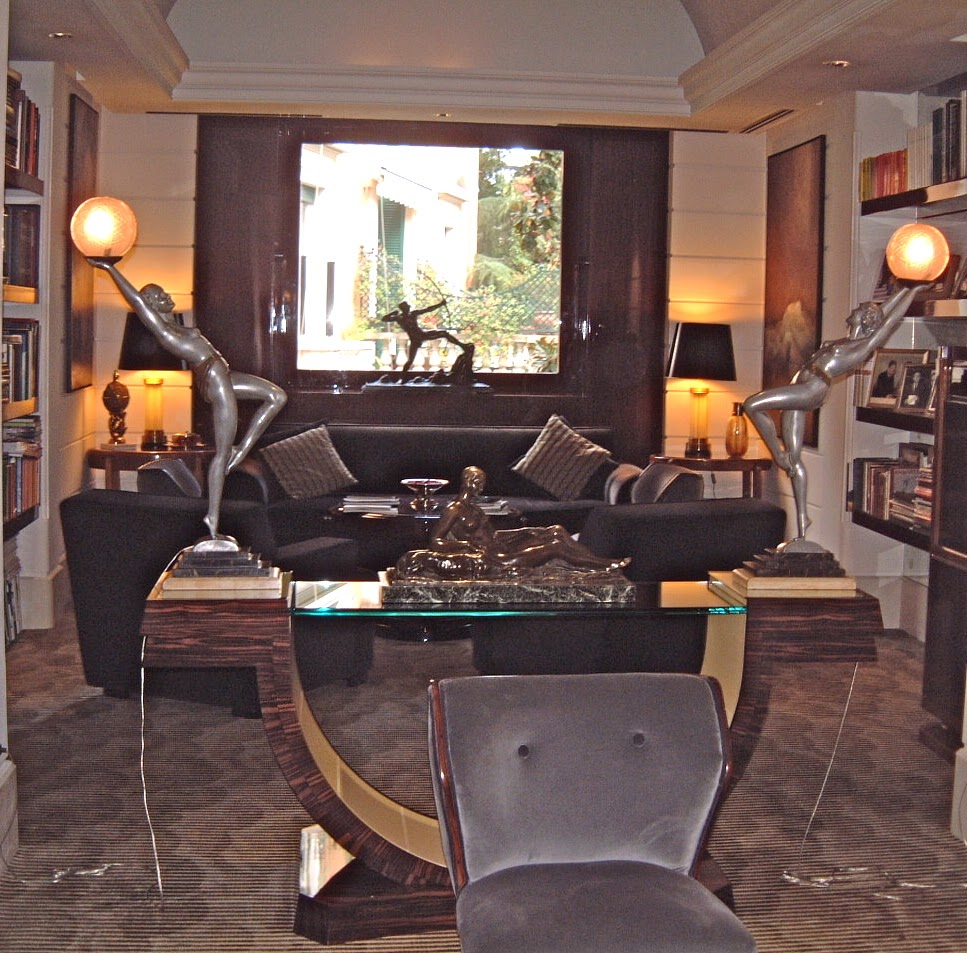 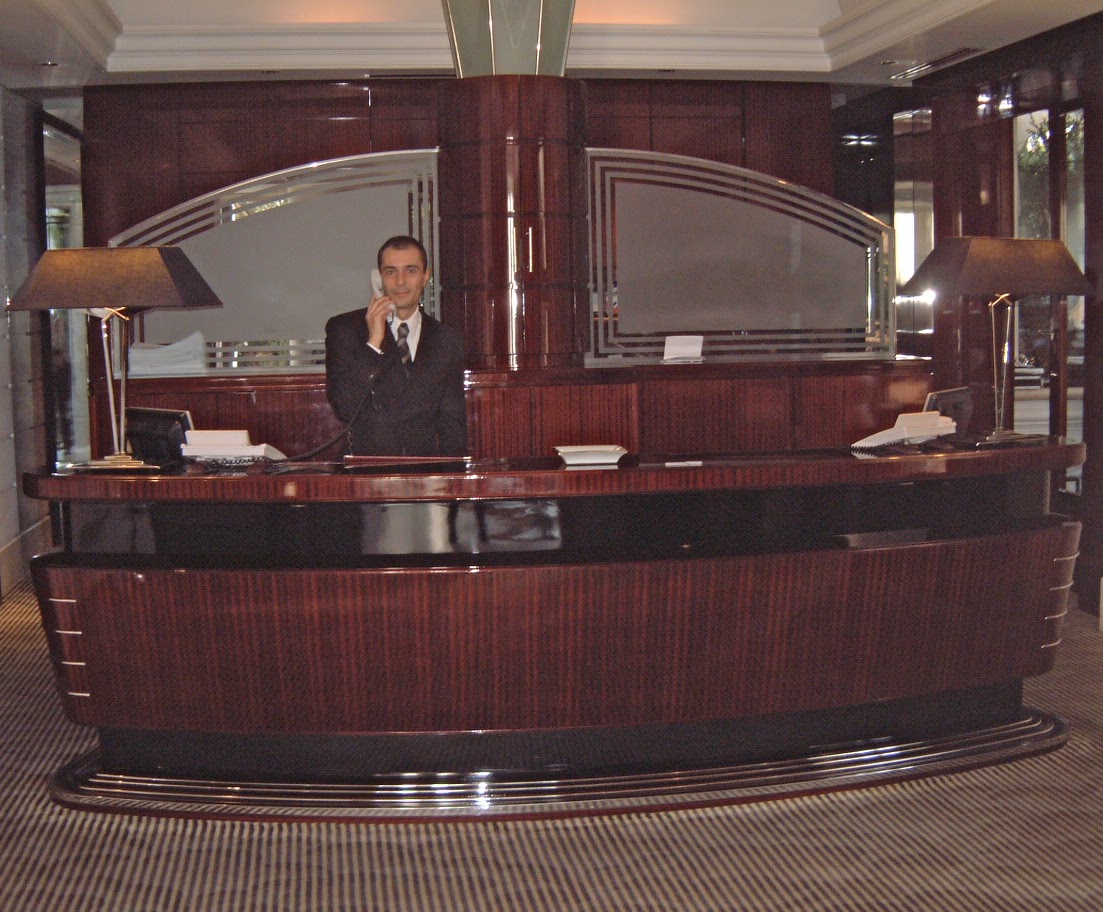 Front Desk Lord Byron Hotel – Rome, Italy
Grand Hotel du Cap-Ferrat (Cap Ferrat, France): From its Belle Epoque beginnings in 1908, this incomparable palace-like hotel attracted the international elite who wintered on the Riviera. At the farthest point of the Cap Ferrat peninsula, both sea and gardens are bathed in the magical light of the azure coast.  It was this area that King Leopold II of Belgium declared comparable to paradise. Standing majestically in the midst of 14 acres of pinewoods, facing an ever-blue Mediterranean Sea, The Hotel Bel-Air Cap-Ferrat is the perfect bond between a prestigious past and the expectations of 21st century guests.  The 59 rooms and suites of the hotel, that rises majestically like the bow of a ship on the sea, exude dignity and sophistication.  They offer either breathtaking views of the Mediterranean or views over the perfumed flora in the area.  A private funicular links the main hotel complex to the seaside Club Dauphin.  White cabanas dot the rocky shoreline and a mirror-like, infinity swimming pool seems to endlessly overflow into the Mediterranean.
Le Chateau Domaine Du St. Martin (Vence, France): Situated on the site of an ancient Templars’ castle, Le Chateau provides an unrivaled panorama of 60 miles of Mediterranean magic. Rooms in the old Chateau, and suites in hillside villas and bastides, offer guests an art of living long forgotten.  This tiny gem of a tastefully decorated hotel, sits 1700 feet above sea level on ground where (in 350 A.D.) St. Martin, Bishop of Tours, preached the gospel.   Surrounded by historic ruins, a drawbridge and the original St. Martin’s road that skirts the old Domaine farm, this serene 21st-century facility has carefully preserved its Roman atmosphere

The Merrion Hotel (Dublin, Ireland): Opened in October, 1997, the magnificent Merrion Hotel was created within four lovingly restored 18th Century terrace houses opposite the seat of the Irish Government on Upper Merrion Street.  In fall and winter, the air in the gracious Drawing Room is filled with the scent of woodsmoke and flowers.  Log fires crackle and sunbeams shine upon Belgian tapestries, French chandeliers, and priceless Irish paintings.
In spring and summer the terrace is alive with ducks swimming to the music of water splashing on the pebbles in the garden pools.  The scent of lilac and jasmine in the air drifts through the open windows of Restaurant Patrick Guilbaud, the most renowned kitchen in Ireland.  For what might well be Dublin’s best Fish and Chips, skip the pubs and head for The Cellar Restaurant in the basement of The Merrion Hotel. After hundreds of years of darkness and silence, the rough stone walls of Lord Mornington’s wine vault have come to life in the hotel’s Cellar Bar.  The bar’s arches echo with ripples of warm laughter, and the amiable staff will “pull a proper pint” and teach you the difference between Guinness Stout and Smithwick Ale (also brewed by Guinness). 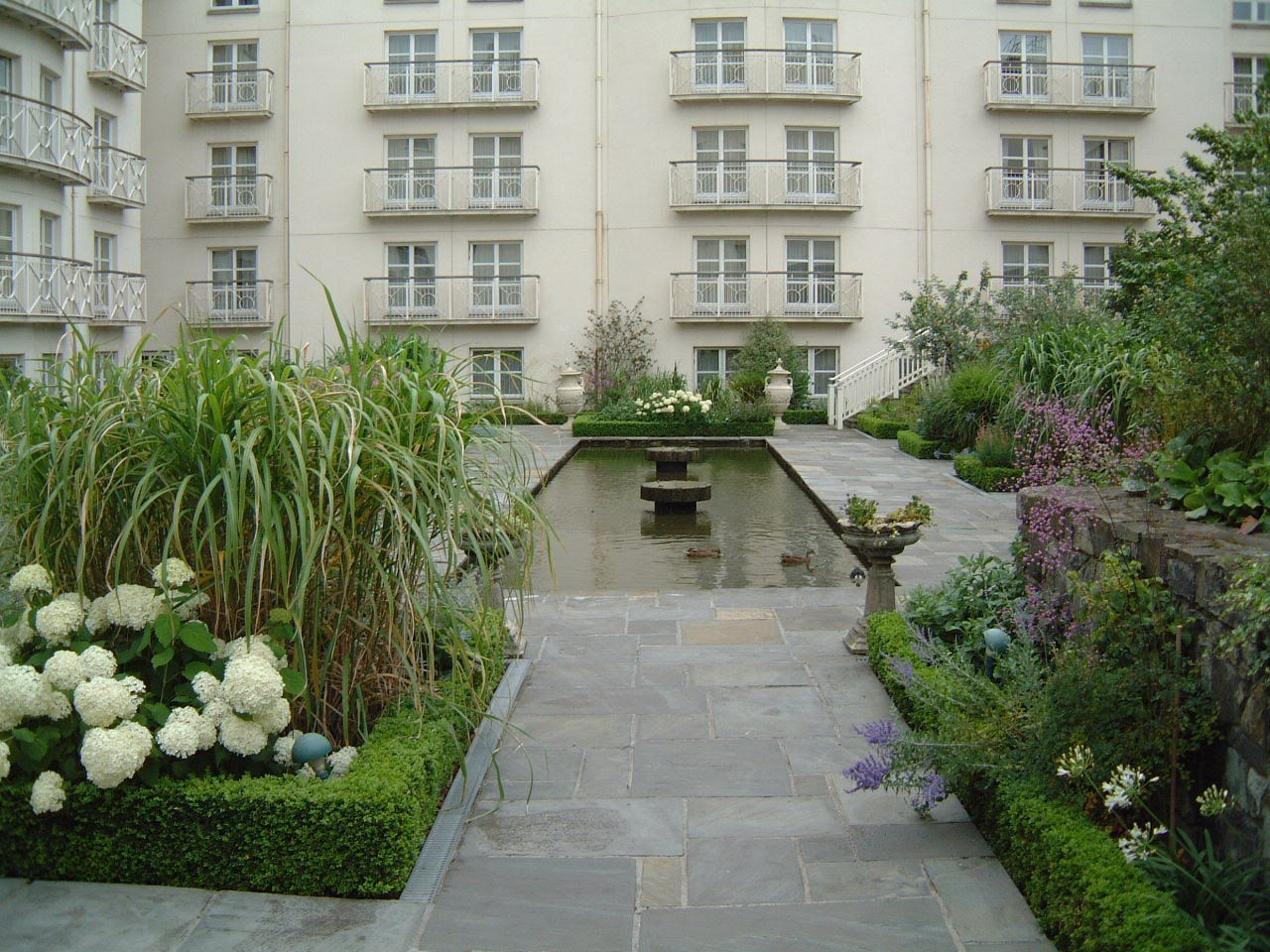 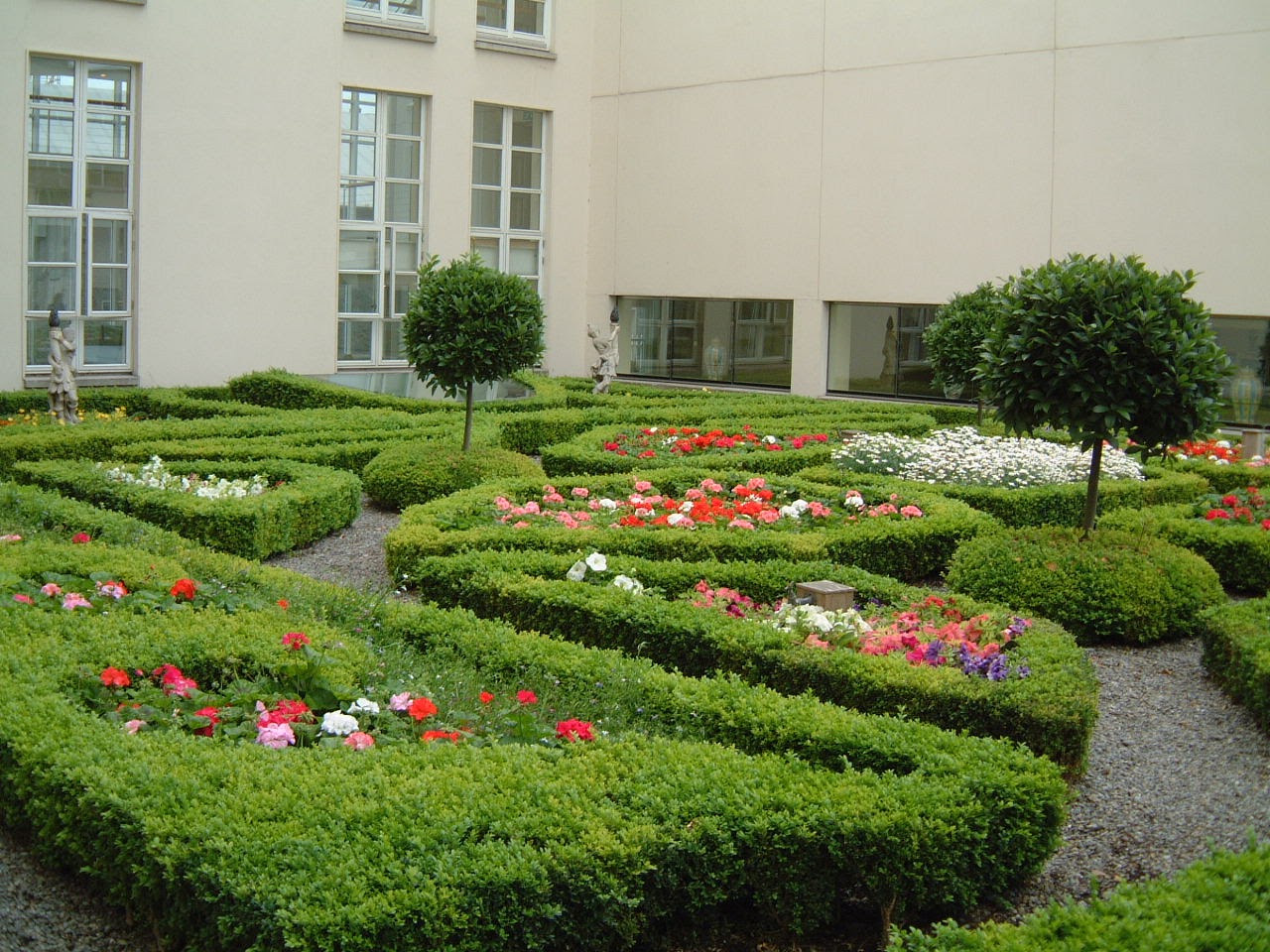 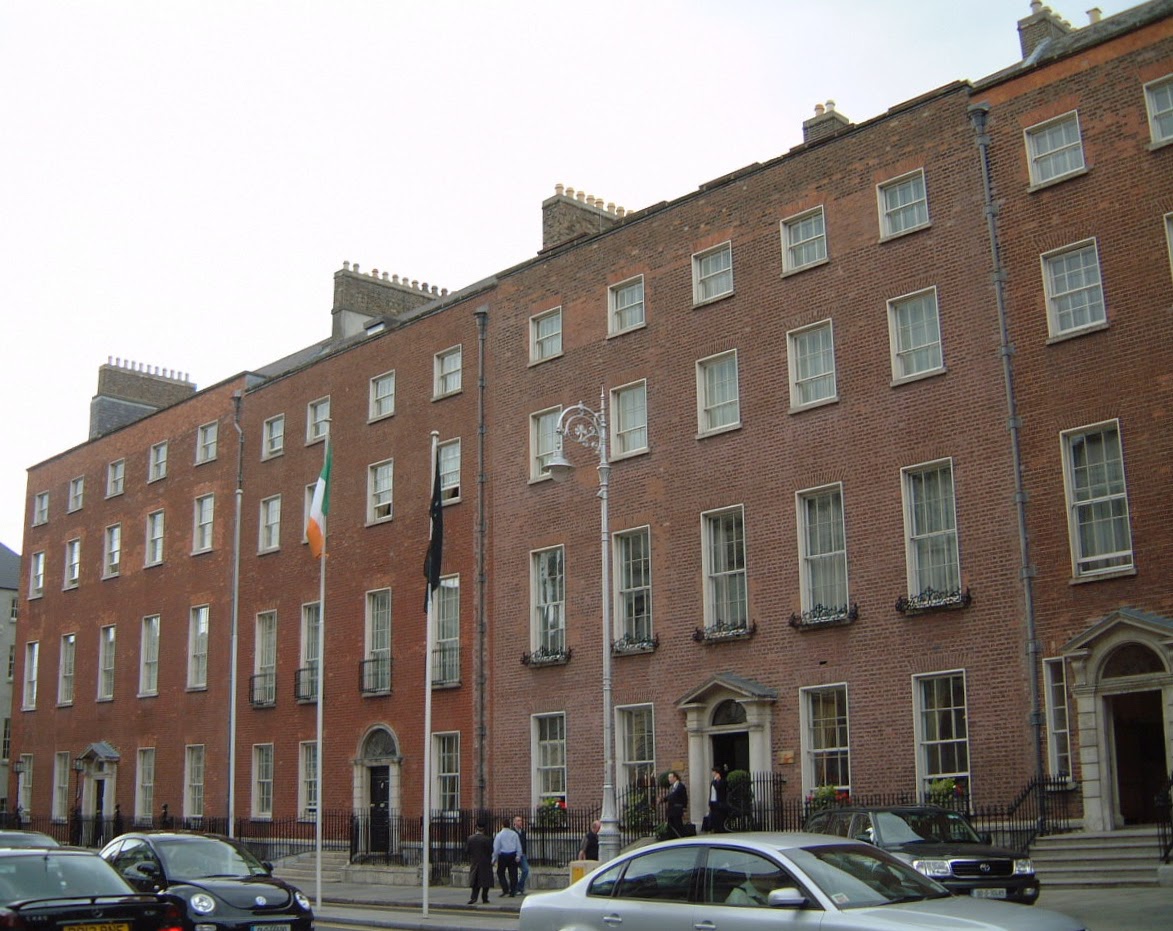 Merrion Hotel – Dublin, Ireland
Villa St. Michele (Fiesole,): Italy Monk-ey business ascends to new heights at this15th century monastery-turned-hotel, where guests sleep in luxurious rooms that were once monk’s cells. With its Michelangelo-designed facade, this elegantly austere hostelry offers much more than a room with a view.  The cloistered elegance of this converted Franciscan monastery offers one of the most luxurious small hotels in the world.  The reception area, once the chapel of the monastery, is resplendent with its crystal chandelier, raised marble altar and two ancient Persian carpets that, in reality, are strategically placed to conceal the tombs of twelve members of the Davanzati family. Precariously perched on a secluded Fiesole hillside, Villa San Michele gives a drop-dead view of the rooftops and steeples of Florence, Italy.
“Looking through the window, you can see that distant steeple
Not a sign of people — who wants people?
When the steeple bell says,”Good night, sleep well,”
We’ll thank the small hotel together.”